There are two problems with Wonder Woman #1 – The Lies Part One: [dropcap]I[/dropcap]n case you missed the message there, this is one of the best comics out there right now. Greg Rucka has picked up the ball from Rebirth and run with it, making the new Wonder Woman more of a standout series so far than Batman and Superman combined. The art, by Sharp, is some of the best Wonder Woman has seen since the days of John Byrne and George Perez. And like the old saying goes, when you put them together there’s something special going on.

Confused by her conflicting memories of the DC Universe, Wonder Woman goes in search of answers in Bwunda, Africa. Laying down the ground rules to her unseen adversary that she’ll give three warnings to cooperate before she starts getting hostile, it’s WW at her best. We know she’s powerful and dangerous, but here she’s a model of diplomacy in seeking the truth… for as long as she can be. Meanwhile, Colonel Etta Candy gets in touch with her field team, led by Steve Trevor. They’re in Bwunda too, battling against a warlord whose forces have been responsible for terror attacks on villages. Etta is understandably curious if Wonder Woman is in Africa because of Steve Trevor, and if Trevor still has feelings for her. However, he sets his feelings aside when he learns the shocking truth that the warlord isn’t just attacking villages, but he’s also been kidnapping young women.

As for Wonder Woman, the person she’s gone to ask for help is revealed… and it’s a shocker.

In recent times there’s been an awkward balance with Wonder Woman’s portrayal. Little surprise, given her own contradictions as being both an ambassador of peace and a warrior, and with every reboot it’s just seemed more confusing. Her self-confidence has come across as arrogance and, as Fire from the JLI once put it, it makes her seem like… well, a bee with an itch. But not here.

For the first time in a long time, the qualities which have made her an icon are properly on display. If this trend continues, this new series of Wonder Woman could go down as one of the most defining high points of her comic book history. It’s been a while since I’ve been so excited to read the next issue of a DC title, but Wonder Woman #1 has successfully done it. 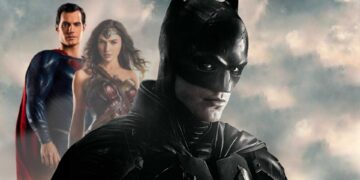