Home > Gaming > Wololo! The Age Of Empires 4 Trailer Is Here

Wololo! The Age Of Empires 4 Trailer Is Here

Age of Empires 4 has been on many gamer’s wishlists. After waiting patiently for a number of years, Microsft has finally released a new trailer for the game. And it looks epic!

During their X019 event, Microsft revealed Age of Empires 4 to the world. The trailer not only showed off some pretty visuals but also let us see the highly anticipated game in action.

The next entry in the series will be set in the Medieval era, with the trailer showing the two civilizations that players will be able to choose from, the Mongols and the English. As can be expected, we get a good look at the huge stone castles, cavalry, soldiers, catapults and a castle under siege.

Age of Empires 4 certainly does look gorgeous. Based on the trailer alone, it is clear that a lot of care and attention to detail went into the visuals and animation.

The game is being developed by Relic Entertainment, who is best known for Company of Heroes. Series veterans, like myself, will be happy to see how the visuals have evolved and changed over the years. There is little doubt that the next Age of Empires game will be what fans have been waiting for so patiently, especially with a developer like Relic on the job.

With a lack of good real-time strategy games on the market currently, we can’t wait for the game to release. Unfortunately, Microsft hasn’t revealed a release date for Age of Empires 4 yet. Here’s hoping that it is sooner than later. Wololo! 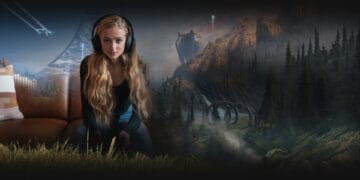 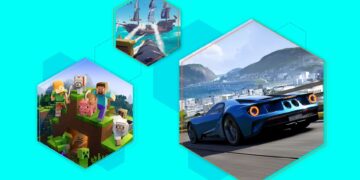