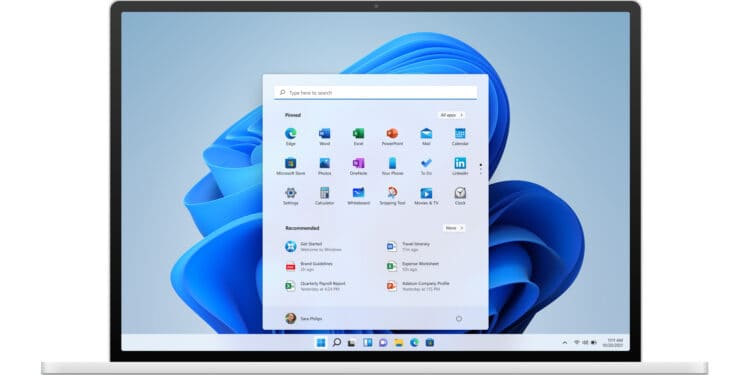 For those who don’t know, Windows 11 is arriving soon. In fact, Microsoft is currently testing various builds of the update already. Here’s what we discovered after installing the next version of Windows 11.

If you’re like me, there’s a fascinating allure about receiving updates. Whenever I get the notifications on my smartphone, I click on the app manager handling these updates to have a look at which apps will be updated. And if they’re one of my daily apps, sometimes I check what new features are available.

Needless to say, at any given time, any of my devices aren’t more than a day late to updates, even those security firmware upgrades to Android. When it comes to Windows updates, however, I often leave this to a weekly check, using the automated approach. These updates, more often than not, are simply security or insignificant changes.

This time around, however, the update was much more notable. It was for the Windows 11 Preview Build.

The first thing to note is that the update isn’t part of the normal Windows updates that Microsoft regularly pushes. Instead, if you want to be eligible to download the new operating system, you’ll need to be part of the Windows Insider Programme. Specifically, you’ll have to set your channel to the Dev Channel in order to allow for the upgrade.

After a few updates to Windows 10, and a quick restart, you’ll be able to pop back into the Windows Update section in the Settings Menu and initiate the download.

So, What’s different in Windows 11?

One of the first aspects of the switch that’s significantly different from previous installations and upgrades is its efficiency. Typically, the installation would require a 3-4GB download. And, using Microsoft’s servers to complete the download, would be fairly slow. However, it was anything but.

I left the upgrade to install as I quickly stepped out to run a few errands, thinking it wouldn’t be done by the time I got back. Returning to my PC, not only had it completed the download, it had also done the pre-install, requiring me only to restart.

After I did this, and with a 60s wait on the loading screen, it finally booted up into Windows 11. No further action or information was needed from my side to complete, and this was the most surprising. I’m not sure if Microsoft will adopt the same procedure when switching to the final build but it’s a really welcome surprise to have the installation completed so efficiently.

Before you make the upgrade, however, Windows will do a few checks to ensure you have the minimum requirements to run Windows 11.

On paper, this is what it’s looking for:

I gave a very quick summary on Twitter as to what TPM 2.0 is and why it has caused a fair bit of controversy for those wanting to upgrade early:

For those who don't know, TPM 2.0 is a security module on modern CPU chips. Security is a big driver on the Windows 11 build. However, some PCs with TPM support aren't on the Microsoft upgrade list for the new OS, but there have been a few cases where the reverse is true. 🤔 pic.twitter.com/QfbanR9EFT

For a slightly more expanded version of what TPM is: TPM stands for Trusted Platform Module. TPM 2.0 is the latest version. The module is available on most modern chipsets with enhanced security. The security in question here is to perform hardware-based cryptographic operations to secure encryption. This is to prevent any malicious attacks from gaining access to your hardware and boot procedure, which may cause quite a bit of disruption if you’re a business and your systems fail to boot.

The error being experienced by some users looking to upgrade to Windows 11 is either that their systems aren’t compatible to support TPM or that its firmware has not been updated to TPM 2.0. It’s possible to do this via your Windows settings or your manufacturers latest firmware updates.

A lot. But also, more of the same.

The most notable change is the most obvious, which many have already seen in tech news. That’s the centralisation of the start menu and shortcuts on the taskbar. It’s interesting to note that many other operating systems are configured using a centralised layout, especially in the mobile world. And this is where Microsoft is headed with this. At the same time, that left-hand side feels rather empty now.

The next thing I checked was the Settings Menu. This was more as a result of me wanting to see what’s new and can be setup prior to exploring Windows Explorer and the other taskbar features. One of the biggest changes in the Settings Menu is that the Add/Remove Programs has been removed. Instead, this has moved to the dedicated Apps section, which was already available on Windows 10, but fully integrated into Windows 11. Again, another hint at switching to a more mobile-focused approach.

What I found odd, was that Microsoft has added the option of moving the Start Menu back to the left-hand side via the Settings Menu. However, once I did that, it felt unnatural. Almost as if two days spent on Windows 11 using the default settings had changed my perspective on this. However, using my gaming rig, where Windows 10 is still running, the left-hand Start Menu felt normal. It could be the icons and arrangement, but there’s definitely something about it that feels right being centred.

On the taskbar itself, apart from the Start Menu button being centred, there are a few additional icons and changes to note. The search option is still available but instead shrunk to the size of the standard icon, which when pressed opens up a search menu, similar to that of the Start Menu. Right next to that icon is the Widgets icon.

If you’re on the latest build of Windows 10, you would’ve already noted this addition, but featured on the right-hand side next to the clock and tray. This has now been integrated into a separate menu, which pops up from the left-hand side of the screen when selected. It’s not a fully functional list of widgets just yet. I’d expect there to be a few more added over time. For now, however, you have your weather widget, some news, suggestions, photos and similar entries.

Snap Layouts is the next big thing for Microsoft when it comes to multitasking. Here you can split the various working areas based on what software you’re using. What’s interesting is that this function is can be activated via a taskbar icon, which is hidden by default, or directly from the software when you want to minimise, dock or close the app. It’s that docking option that has now expanded its use to the multitasking trigger, so to speak.

What’s nifty here is that you can add more than just the visible windows and scroll between a few of them to optimise your work at different times. In addition, Windows also tries to remember most of these settings, so when you boot or plug in a previously used monitor, it will reconfigure accordingly.

A few other notable changes here is the Xbox App and Microsoft Store. Both of these apps have received makeovers. The Xbox app feels a lot more fluid, allowing you to search for games, both from the store and your library, especially if you have a Game Pass membership. On the Microsoft Store, users can now download additional apps, including a few Android-based apps like Instagram, Tiktok and more. It’s not a like-for-like copy of the Android versions, but it’s close and it works. They do pop up in their own portrait-view frames to resemble what it looks like on your smartphone. It has been mentioned that this isn’t fully integrated as yet, as well as other Microsoft Office apps like Teams, but we should expect it in future builds.

Another of the features not yet fully functional is the gaming enhancements. While it is running DirectX12, I wasn’t able to test any of the gaming improvements.

However, when it comes to normal usage, there are some general improvements when it comes to snappiness. Some apps work better and more integrated. I found that Explorer dropped some performance points, and traversing folders on your storage isn’t as snippy. Noted it’s still less than a second to open, but there is a noticeable lag over normal usage to Windows 10. There are a few apps that have experienced the opposite, slower to load and perform tasks. It’s also worth noting that the apps that do detect system settings still list Windows running at version 10.

Over the past few days of running Windows 11 Preview Build as my daily driver, I kept a running list of bugs I had picked up while in use. If I’m honest, after the first day or two of exploration of the new features, I became more concerned about tracking all those changes that annoyed me, bugs that were picked up and issues I had in finding the old faithful.

As a result, I probably picked up more negative aspects on the list than positive. However, that’s not to say the entire experience was negative. It was anything but. It is worth noting that this is still the Preview Build and not the final release, so there was always bound to be quite a few bugs picked up along the way.

This is exactly what most companies have in mind when releasing major upgrades when a broader test programme is required. And my listing of these issues is also to assist those wanting to upgrade on whether it is worth the effort, especially for those who don’t want to get their hands dirty on anything too technical.

Without going into too much detail on the bugs or errors, here’s a snippet of the list of the most notable: 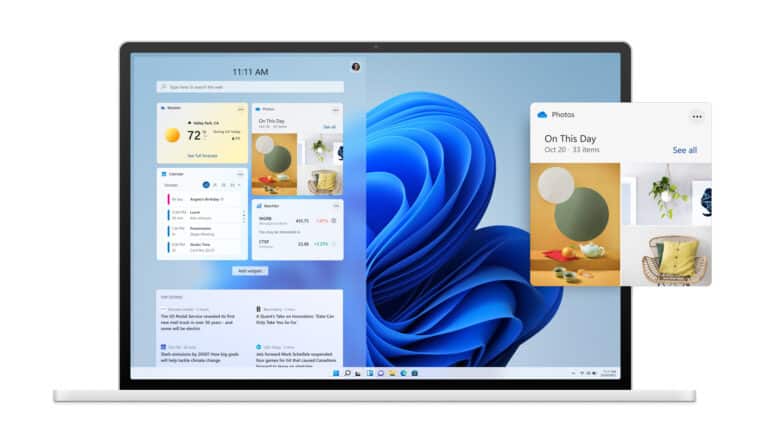 Should You Upgrade to Windows 11?

It’s a bit of a tricky question. For now, unless you’re prepared to work your way through a few bugs and performance lag, I’d say you should stick to Windows 10.

This is especially true if an optimised and efficient operation is your preferred manner of work during the day. However, if you’re happy to work at a more reasonable pace, while still needing to put out a few fires that are the many bugs, you can definitely make the switch already.

It’s a working version of Windows 11 and should get you through until the next update for the build as we head closer to the official launch.