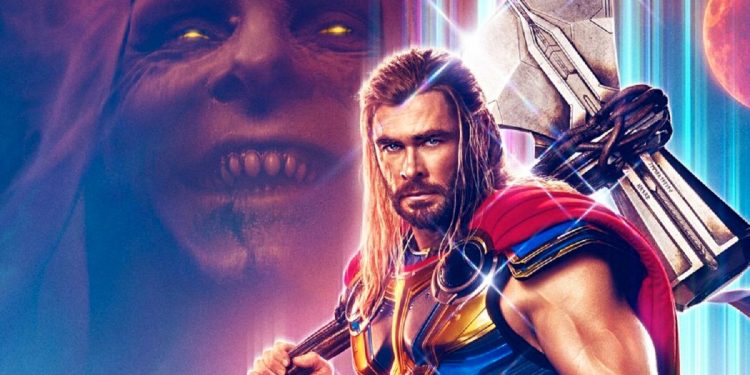 Here’s your chance to win tickets to see Thor: Love and Thunder at a special early screening in Johannesburg.

The God of Thunder (Chris Hemsworth) is back and this time he is joined by ex-girlfriend-turned-Mighty-Thor, Jane Foster, as they take on Gorr the God Butcher (Christian Bale) in Thor: Love and Thunder.

Fans can now purchase movie tickets to Marvel Studios’ next big blockbuster, including shows on Thursday, July 7 at 7pm, a full day before the film’s release.

But if you’re hoping to see it even earlier, here’s your chance to win tickets to Thor: Love and Thunder on Wednesday 6 July.

Thor embarks on a journey unlike anything he’s ever faced — a quest for inner peace. However, his retirement gets interrupted by Gorr the God Butcher, a galactic killer who seeks the extinction of the gods. To combat the threat, Thor enlists the help of King Valkyrie, Korg and ex-girlfriend Jane Foster, who — to his surprise — inexplicably wields his magical hammer. Together, they set out on a harrowing cosmic adventure to uncover the mystery of the God Butcher’s vengeance.

Thor: Love and Thunder is directed by Taika Waititi and will star Chris Hemsworth as the titular character, Tessa Thompson as Valkyrie, Natalie Portman as Jane Foster/Mighty Thor, Russell Crowe as Zeus, Jaimie Alexander as Lady Sif, Chris Pratt as Peter Quill/Star-Lord, Sean Gunn as Kraglin, Dave Bautista as Drax the Destroyer, Karen Gillan as Nebula and Christian Bale as Gorr the God Butcher. In addition to directing, Waititi will also be reprising his role as Korg.

Tickets for Thor: Love and Thunder are currently on sale and those with quick fingers can get tickets to select screenings on Thursday 7 July in the evening. The film opens in cinemas on 8 July 2022.

Here’s your chance for you and a friend to win tickets to see the film before everyone else. The winner gets one of five double tickets + popcorn and cooldrink.

Venue: Johannesburg (winners will be mailed with more details)

To stand a chance of winning (double movie tickets) to attend the pre-screening of Thor: Love and Thunder:

The competition closes on 1 July 2022. Winners will be contacted via email on this date. Please use a working email address.