Win A Copy Of Ubisoft’s ‘For Honor’ On PlayStation 4 The sound of steel against steel, your fellow warriors being slain in front of you. Should you turn and run or face the overwhelming odds head on? Do you fight just to win or do you fight For Honor? To celebrate the release of For Honor which hit South African stores on the 14th Feb 2017, Megarom is giving 1 very lucky reader the chance to win the game on PlayStation 4. Carve a path of destruction through the battlefield fighting for guts, glory, and survival in For Honor, a new melee action game developed by Ubisoft Montreal in collaboration with other Ubisoft studios.

Enter the chaos of a raging war as a Knight, Viking, or Samurai, three of the greatest warrior legacies. For Honor is a fast-paced and immersive experience, mixing skill with visceral, never-before-seen melee combat. Choose from 12 Heroes among the three legendary Knight, Viking, and Samurai factions. Battle in visceral action-combat across five multiplayer modes where you’ll fight to control territory or win epic duels against your friends. In the memorable story mode, storm castles, conquer territories, and defend your people against the wrath of the warlord Apollyon solo or in online co-op.

For Honor is available Valentine’s Day, February 14, 2017 on Xbox One, PlayStation®4 system, and Windows PC. 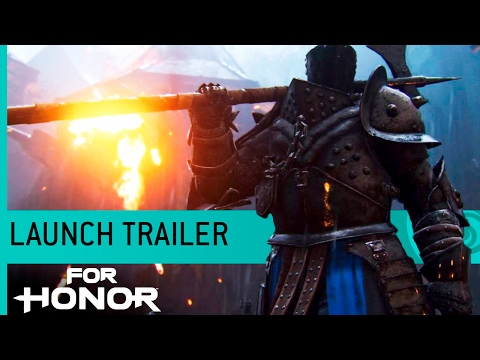 To stand a chance of winning For Honor (on PS4) and the awesome T-Shirt (XL), all you need to do is quote a line from our review (in the comments section below). Please use a working email address.