by Press
in Competitions

Fans will have the opportunity to build Westeros from the ground up, starting with a first layer of 1000+ jigsaw pieces. The second layer features 200+ jigsaw pieces that replicate the 3D landscape from the show’s opening credits, while the third and most exciting layer is the multiple painted miniature 3D replica models of the famous cities and castles, including King’s Landing, Winterfell, Eyrie, the Wall and many more. This puzzle comes loaded with information and fun facts about the Seven Kingdoms of Westeros.

4D Cityscape introduces the puzzle for Game of Thrones, based on the award-winning HBO series. This puzzle guides players through the assembly of the map of Westeros in patented multi-layer action. The first layer is a 1000-plus piece jigsaw puzzle that teaches you all about the various locations and regions of Westeros. The second layer is an artistic 200-plus piece jigsaw puzzle that, once assembled, replicates the current landscape based on the famous locations of the series. The third layer adds 3D miniature replica that you insert into the puzzle, including famous cities and castles such as King’s Landing, Winter fell, The Eyrie, the Wall and more.

It is available for purchase online at wickedwarrior.co.za for R699,99.

In order to win, all you need to do is like the Wicked Warrior Facebook page, the Fortress of Solitude Facebook page and then leave a comment below (in the comments section HERE) saying “done!” The Giveaway/Competition closes Friday – 9th May 2014 at midnight. The Giveaway is restricted to South African readers only and cannot be exchanged for cash. Terms and conditions/Site Disclaimer rules apply.

Win Tickets To An Early Screening Of The Invisible Man – CLOSED 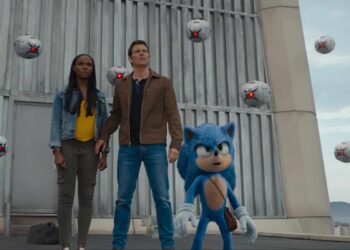 Win Tickets To An Early Screening Of Sonic the Hedgehog – CLOSED

Follow The Crumbs. Win Tickets To An Early Screening Of “Gretel & Hansel” – CLOSED