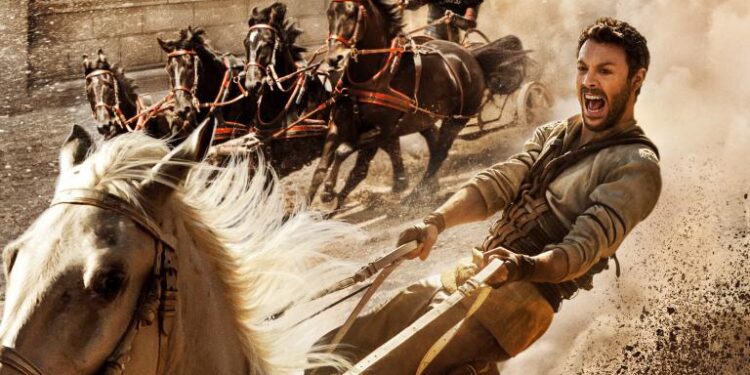 WIN! WIN! WIN! To celebrate the nationwide release of BEN HUR, UIP is giving 3 very lucky readers the chance to win exclusive BEN HUR merchandise. The hamper is made up of a BEN HUR Leather Bookmark, BEN HUR Candles, and Lew Wallace’s Ben-Hur: A Tale of the Christ. As one of the bestselling stories of all time, Lew Wallace’s Ben-Hur: A Tale of the Christ has captivated and enthralled millions around the world—both in print and on the big screen. Now Lew’s great-great-granddaughter has taken the old-fashioned prose of this classic novel and breathed new life into it for today’s audience. The story follows Judah Ben-Hur, a Jewish nobleman whose childhood friend Messala betrays him. Accused of trying to murder the new Roman governor in Jerusalem, Judah is sentenced to the galley ships and vows to seek revenge against the Romans and Messala. But a chance encounter with a carpenter from Nazareth sets Judah on a different path. Rediscover the intrigue, romance, and tragedy in this thrilling adventure.

Judah Ben-Hur (Jack Huston) loses everything after his adopted brother Messala (Toby Kebbell), now an officer in the Roman army, returns to Jerusalem and accuses the young prince of treason. Stripped of his title and separated from his wife (Nazanin Boniadi) and family, Ben-Hur must endure years of slavery on a galley at sea. When fate brings the estranged brothers to an epic and deadly chariot race, Ben-Hur finally gets the chance to exact vengeance on the man who destroyed his life.

To stand a chance of winning, all you need to do is tell us Ben Hur’s full name in the comments section below and share the comp online.

As always, all you need to do is share this page on Facebook (your wall) or Twitter and then leave a comment below (in the comments section) completing the above – on this page! The Giveaway/Competition closes Friday – 30th September 2016 at midnight.