Will We Be Able To Play Poker In CyberPunk 2077? 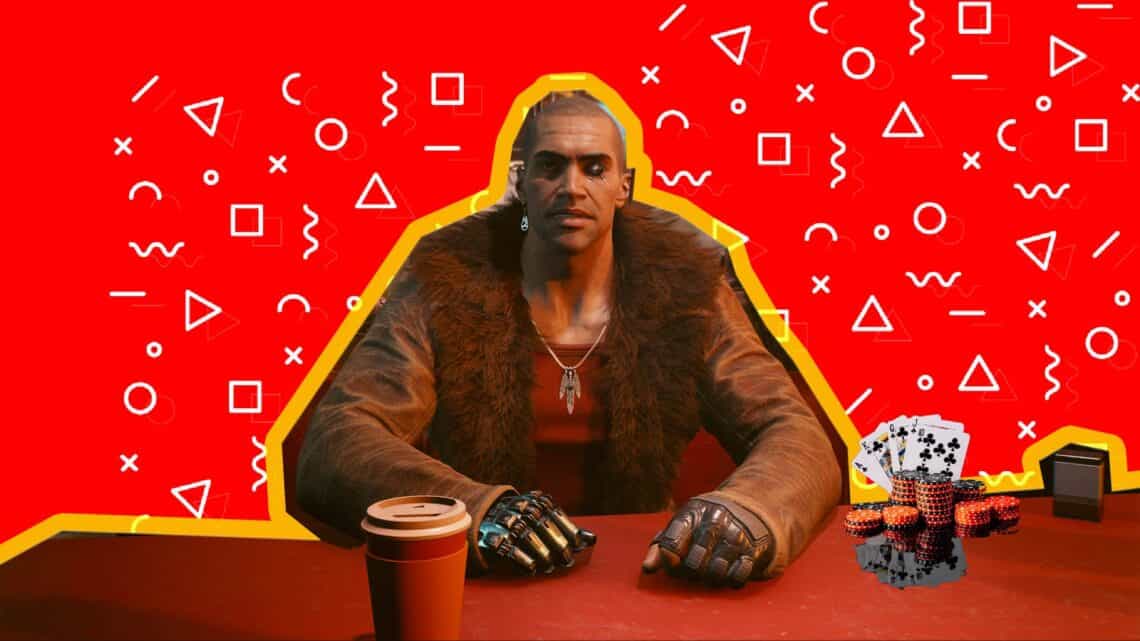 Could the studio that gave us Gwent give us another cool Poker-based mini-game in CyberPunk 2077?

Most open-world video games host mini-games, which are small games or activities you can encounter in different cities or locations. They allow for different types of entertainment within a bigger game.

For example, Red Dead Redemption 2 is extremely popular for its in-game Texas Hold’em poker and checkers is popular in Assassin’s Creed 4.

But does Cyberpunk 2077 host poker? Unfortunately, no it does not.

It features a different array of mini-games, and the closest to a mental skill game is hacking — which probably relates more to Sudoku than it does to poker. 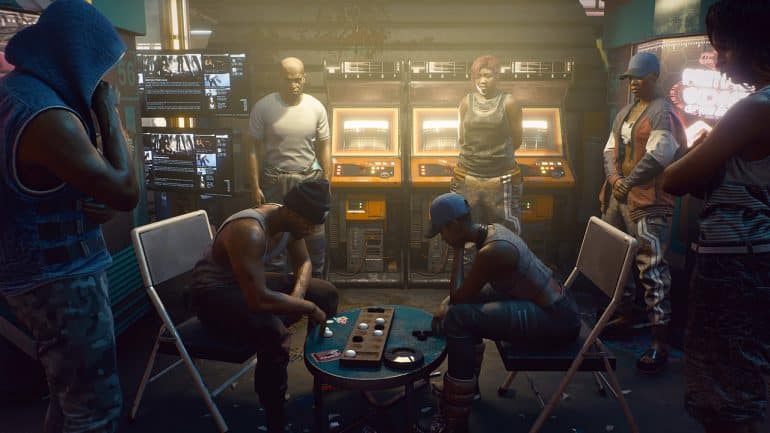 Poker would make a great addition as a mini-game in CyberPunk 2077.

While players can make money from placing bets at the fights and races, poker would add another cool challenge. The card game could be played at night clubs against NCP’s and even against other players when the video game is played online. There would not be a better way to gain basic online poker skills.

There is a casino in Night City and it involves a side mission, but, once inside the building, players cannot interact with any of the tables or slot machines. This is probably due to online gambling laws that might add obstacles to the game sellers — which is a weird restriction considering the amount of nudity and sexual openness the game professes.

Now let us take a look at the mini-games Cyberpunk 2077 does offer. 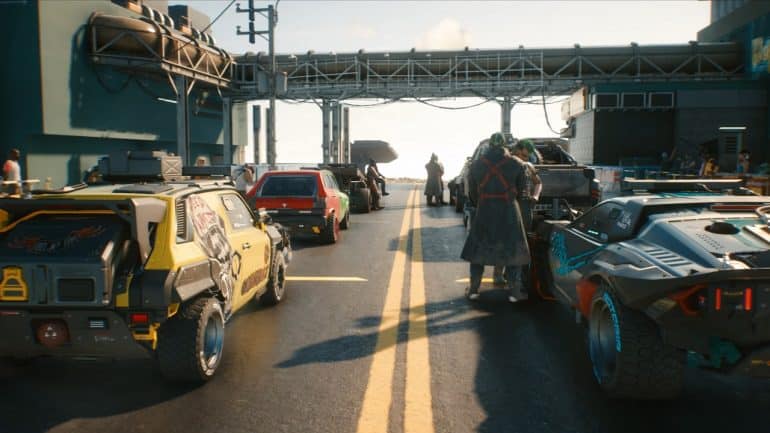 Racing is one of the most promising activities in Cyberpunk, but, as it is right now, it is still very glitchy. The competitions are called “The Beast in Me” and players can race against NPC’s to the finish line across the city or desert terrain using all means necessary, including shooting each other.

As of the latest update, the races are still full of glitches.  The most common one is that cars will teleport ahead or behind you, making the results of the race very random. Sometimes the car will dive into the ground and fall for eternity, forcing you to reboot the game or simply explode for no apparent reason. AI’s also crash into each other, the railings, and buildings. AI vehicles also take corners absurdly slow, making the race way to easy.

Vehicles are something the game needs the most improvement with. Hopefully, this will be fixed with future patches.

Fighting arenas can be found on the different districts and outside of town. One of the early side quests is called “Beat the Brat”, and it involves defeating 5 arena champs. This type of melee is common among shooting open-world games and are often boring. Just have your fighting stats boosted and it will require little skill to defeat opponents.

Street credits (eddies) are awarded when winning, and some of the fighters will offer unique wagers that involve special items like guns or vehicles. 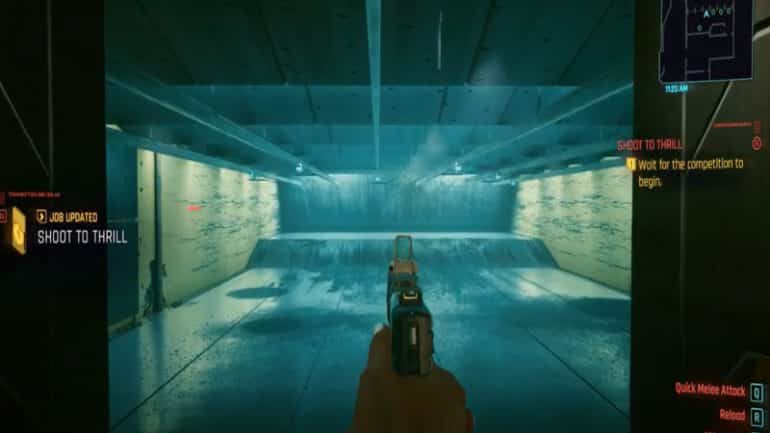 This is one of the most stable mini-games, with very few reported glitches. The shooting range will be available with the side-quest “Shoot the Thrill”, in which the player must take down at least 40 of 100 targets to win. Some of these competitions will specify which type of weapon you can use, but, for the most part, you can select rapid-firing guns to easily hit all targets.

Hacking is probably the most interesting from all the mini-games, mainly because it shifts from the action to problem-solving. Some players find it confusing at first, as the game does not have a very good intro-tutorial on how to approach it, but it is fairly simple once you review a simple guide to hacking.

You can enter a hacking challenge to open electronic doors, control cameras, manipulate vending machines or even ATM’s. As the game promised, instead of shooting at every enemy, you can advance by hacking different devices enemies have on themselves (as seen in one of the trailer releases of 2019). 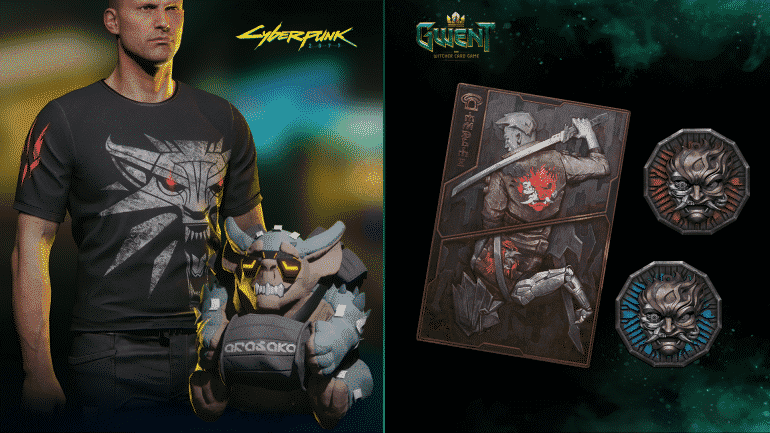 Many The Witcher fans wondered if Cyberpunk 2077 would include Gwent.

Gwent is an online card game that began as a mini-game in The Witcher 3, a game from the same developers of Cyberpunk 2077. Gwent became so popular, that CDProjekt made it a stand-alone game for fans.

Considering that the card game comes from a fantasy-themed game and Cyberpunk is an entirely different universe, it’s unlikely to happen. It seems cards are not very popular in this future.

For now, we keep crossing fingers for poker to be included as a side quest or mini-game.

Would you like to see poker or Gwent added to Cyberpunk 2077?