Wikipedia: The Game About Everything Review – A Trivia Game With A Twist 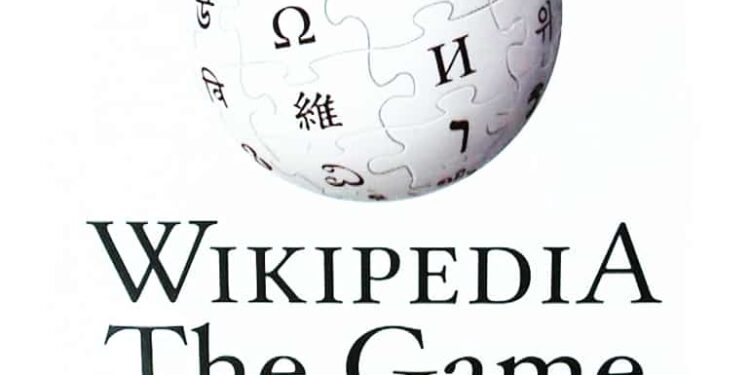 By now everyone knows Wikipedia, the modern-day repository for all knowledge (both true and false). Probably a day doesn’t go by where most tech-savvy people don’t log into Wikipedia at least once. It’s a website we’ve all come to rely on when asking questions and looking for answers. Have you ever asked yourself why the site hasn’t this been made into a board game? If you have then I have some good news for you. There is actually already a Wikipedia board game on the market, one that tries to take some of the aspects of the popular website and condense it into a game of general knowledge (and guessing). Does it translate well into a board game format and, if so, is it any fun? Well, I was initially concerned that this might just be another cash-grab, but I was actually quite surprised. The title Wikipedia: The Game About Everything might be a bit misleading. I mean come on, how can a game about everything fit into such a small box? But I digress. Each round in Wikipedia the board game has players trying to answer a set of three questions indicated on a card. It basically boils down to players competing in three different types of games each round.

The first of these games see players answering a standard Trivia question. The second, and most interesting, has players guessing which topics received the most page views on Wikipedia. Lastly, players have to complete a list based on the topic indicated on the card. Each player indicates their three different answers on a dry erase board before the timer runs out. Player’s are then awarded tokens for each correct answer. In the end, the player with the most tokens wins. The Wikipedia board game doesn’t make use of an actual board. Instead, the game consists of 300 Wiki Theme Cards each with a Trivia, Page Views and Disambiguation section. I found the cardstock to be a bit on the thin side, which could become an issue with continued use. Each of the cards does bring across the theme quite nicely (the little theme that there is), with each card representing a browser tab. The back of the cards also features the website’s logo, which is a nice touch.

The same attention to detail, when it comes to the theme, that is present on the cards is also present on the dry-erase boards of which there are 4 of. The boards are a good thickness and unlike the cards should be able to take a bit more punishment from excited gamers. Just like the cards the boards are printed on both sides and brings across the look and feel of the website surprisingly well.

Then there are the obligatory cardboard tokens which, just as the boards, are nice and thick with the Wikipedia logo printed on both sides. Then, of course, there is the timer which is your standard board game timer (you know the one I’m talking about). Another tiny (literally) issue I have with the cards is that the font is a little too small especially for someone who normally wears glasses or has trouble reading small text. It’s unfortunate that the components, while good quality, come across as looking dull and uninspiring. To my dismay, I found out that in the Wikipedia board game the youngest player always goes first, which inevitably rarely means me. The first player called the reader, then takes a Wiki card from the top of the deck and reads the instructions/questions on the card. You know, the sort of questions that tests your general knowledge on different subjects such as history, pop culture and science.

There are three sections of questions. The first is your standard trivia questions. Next up is the Page Views section which sees the player trying to guess which subject (page) received the most views and then placing them in the correct order from most to least. Lastly, there is the Disambiguation section which has players creating a matching list (matching answers with the Reader) based on a specific directive given by the Reader.

Each player then gets the chance to write down their answers on their respective dry eraser boards making sure to cover them up so that their fellow players can’t peek at them (I’m watching you, Uncle Owen!). Players then reveal their answers and receive a token for each correct answer. The next person to the reader’s left then becomes the new reader. The game ends when all the tokens run out with the player with the most tokens awarded victory and crowned the King/Queen of Wikipedia (I wish). It’s really as simple as that.

What did I think?

Ok so here is the thing, if you don’t like trivia games you will probably not enjoy playing the Wikipedia: The Game About Everything. In essence, the game is your run of the mill trivia game, but what lifts it from trivia mundanity is the inclusion of the Page Views and Disambiguation sections. These help change what could have been just another trivia game into something that feels a bit different and unique. Sure, there have been many games in the past that have implemented these mechanics separately but this board game combines these very successfully.

The game does suffer from the same issues most trivia games do, namely that some of the questions might be a tad difficult to answer. For instance, I don’t know much about science, which saw me losing points to another player with quite a substantial knowledge on the subject. What does help negate this in a way is the addition of the Page Views and Disambiguation sections which in most cases helps players who struggle with the trivia section make a comeback. It all balances out quite nicely.

Overall, the game is much more accessible than most trivia-based games. A small issue I had with the game is that the Disambiguation section doesn’t offer up any answers, which means that there are cases when even if the Reader’s answers are in effect incorrect they could still score another player tokens if they match up. It’s a small issue and one that didn’t pop up too much during our playthroughs.

The components are pretty standard but are made of good quality materials, although, as mentioned, the cards could be a bit thicker. The game does a great job of bringing the visual theme and style of the website across considering that the website itself doesn’t have a colourful or great design, to begin with. Unfortunately, it does mean that the game looks especially dull and bland compared to some of the other trivia games out there. This is especially true when it comes to the game’s packaging. This means that the game might get lost on a shelf filled with colourful board games.

In the end, Wikipedia: The Game About Everything is saved from mundanity by its ability to successfully combine various trivia mechanics. It’s a game that won’t necessarily convert those who don’t like trivia games but it does make losing because your general knowledge suck a bit harder, thanks in part to the Page Views and Disambiguation sections.
If you are looking for an original trivia game then this is not it. If you are looking for a trivia game that combines the familiar and isn’t too difficult then give this board game a try.