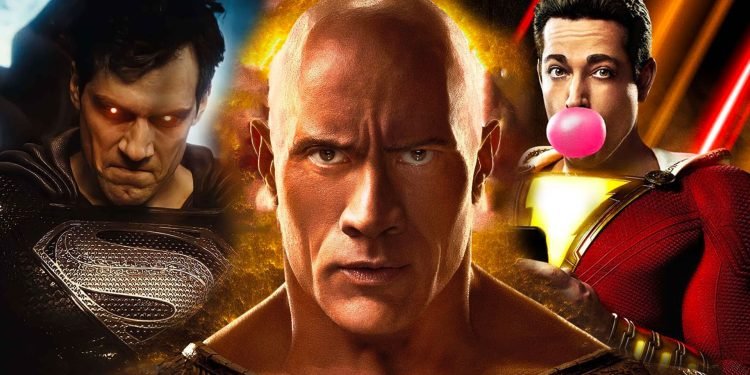 Say what you want, but it isn’t boring being a fan of DC films. There’s more drama and crises behind the scenes than some of the films have on display. Well, it’s about to get more interesting as it appears another DCEU reboot is on the horizon.

No, The Flash won’t serve as the soft DCEU reboot

Many fans are expecting Andy Muschietti’s The Flash to act as a bridge between the old and the new in the DCEU. Like the comic book event of Flashpoint, there’s the potential to undo the past decisions from the Snyderverse or to create new tangents for storytelling. There have also been numerous rumours of how the movie will help to phase out the likes of Henry Cavill’s Superman and Ben Affleck’s Batman, while bringing Michael Keaton’s Dark Knight into the DCEU.

It appears as if The Flash won’t have much of an effect on the overall plans for the universe, as real-life events at corporate influence the direction of everything DC in the future.

As per CNBC, WarnerMedia and Discovery completed their merger in April 2022, operating under the new name of Warner Bros. Discovery. David Zaslav, the CEO of this new entity, is reportedly taking a closer look at the structure of DC and how to streamline this jewel in the company’s crown. The changes have already kicked off as a host of DC’s shows on The CW got axed and the Wonder Twins movie was pulled from production almost as soon as it was announced.

Zaslav appears to be dead serious about maximising the DC brand and getting everyone pulling in one direction, according to The Hollywood Reporter. He has already decided the Disney model of where Marvel is one vertical of the business is the same one that he wants for DC in Warner Bros. Discovery. Zaslav plans to hire one individual to oversee this division—a Kevin Feige type of figure—and the person will report directly to him.

Will the DCEU be rebooted?

With someone new coming in, change is inevitable. Expect to see many previously announced projects canned or pushed out to later dates, as the future of the DCEU gets realigned and replanned. Is this a bad thing, though?

No, but with the caveat of Warner Bros. Discovery hiring the right person for the job. The reason that the DCEU feels like a mess is because it has had too many cooks in the kitchen and none of them know the first thing about cooking. There hasn’t been a singular vision for the franchise because everyone wants to play creative director and show off to their boss in the boardroom. Toxic corporate politics derail everything and it’s clear that there have been too many people being allowed to make poor decisions.

By hiring one individual to oversee the DC division, this person will be responsible for the vision and dealing with all the internal nonsense. Like Feige, they should be the final decision-makers.

Inevitably, there will be some kind of reboot here. It might not be drastic or a full-blown reset, but there will be changes to the original plans. The only question is, who will lead the charge?

Tell us, do you think a DCEU reboot is on the cards? Let us know your thoughts in the comments section down below.