It’s full steam ahead for the next phase of the MCU. While there are many new characters to introduce in the coming years, the anticipation is high for the X-Men, including everyone’s favourite kinetic-powered mutant Gambit. And there’s no one better to play the part of Remy LeBeau than Chris Pine.

The Ragin’ Cajun made his live-action debut in X-Men Origins: Wolverine, as portrayed by Taylor Kitsch, but he didn’t appear again in Fox’s X-Men Universe after that singular appearance. While Channing Tatum latched on to star in a solo film in the latter years, Disney’s purchase of Fox effectively scrapped that project from ever happening. To say that fans have been deprived of one of the most popular mutants on the big screen would be putting it lightly.

So, why the sudden hype for Chris Pine as Gambit in an X-Men film? According to Giant Freakin Robot, Pine met with Kevin Feige to discuss the possibility of him joining the MCU soon. No one is sure of which character the studio is eyeing him for, but considering his clout in the movie biz, it’s sure to be a major role. Since Henry Cavill is the perfect Cyclops in our eyes, it would make sense to cast Pine as his teammate, Gambit.

At the same time, there’s the question of where Chris Pine stands as Steve Trevor in the DCEU. The answer lies in Wonder Woman 1984. After being brought back from the dead for the sequel, it’s unlikely that the studio will do the same thing for the third Wonder Woman film. Steve is well and truly gone now, and Pine is no longer under contractual obligation to appear in further movies.

RELATED: The Gambit Fan Film Is WAY Better Than The CW’s Arrowverse

Warner Bros.’ loss could be Marvel’s gain here, since Chris Pine has everything that’s necessary to convince as Gambit in an X-Men film. There’s no denying his natural charm and good looks that are part and parcel of Remy’s appeal, but it’s Pine’s aura of mysteriousness that could set him apart here.

Whenever you see Chris Pine on screen, there’s a tendency to want to know more about his characters. He possesses an uncanny ability to pull the viewers into his world, making you curious about all the history and backstory. This is particularly important for Gambit and his time in the Thieves’ Guild. The mutant isn’t always forthcoming with information and Pine is the perfect person to embody that in a live-action adaptation. 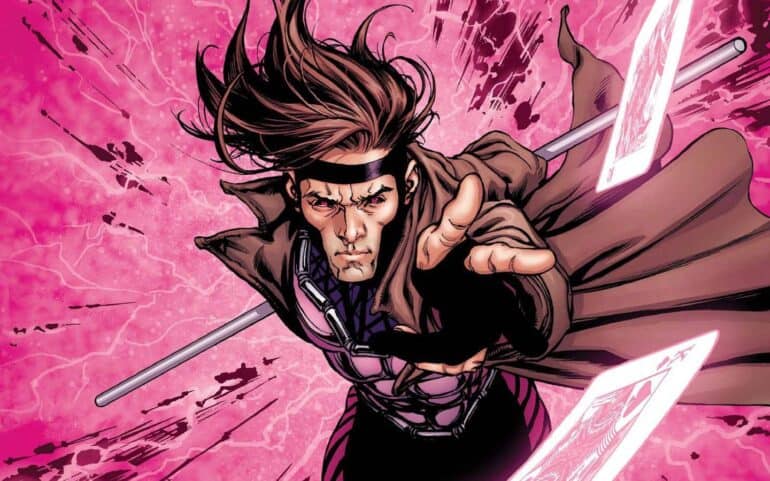 More importantly, Gambit has been on the fringes of the film universe for far too long. He might be seen as a popular and integral character in the comics and animated shows, but he’s never gotten his due in the X-Men movies. (Pyro received more screen time than him, for darn’s sake.) Attaching someone with the star power of Pine instantly elevates the character into the echelons he deserves in the MCU.

Tell us, do you think Chris Pine should play Gambit in an X-Men film? Let us know in the comments section down below.