When It Rains, It Pours In The New Trailer For Netflix’s The Umbrella Academy It’s time to save the world again in Netflix’s The Umbrella Academy, a live-action TV series based on the Dark Horse graphic novel of the same name. While multiple Marvel shows have been cancelled by Netflix in recent months, it seems the streaming giant isn’t done with superheroes just yet. The first trailer makes it clear the vibe is different.

Similar to Watchmen, the series takes place in an alternate timeline which has been shaped by variations on major historical events, like the world wars. It tells the story of 7 people who were adopted by a billionaire industrialist, Sir Reginald Hargreeves, after 43 women, who previously showed no signs of pregnancy, give birth. After adopting the children, he creates The Umbrella Academy in order to prepare them to save the world.

“First and foremost, I wanted to ground the characters,” showrunner Steve Blackman told EW. “It’s a very busy landscape of superhero stories. When I first looked at the graphic novel, to me, it was a dysfunctional family show. In fact, I had the logline, when I first pitched it to Netflix, that it’s ‘a dysfunctional family show with a body count.’ I was very inspired by Wes Anderson and The Royal Tenenbaums, and I wanted to give it that feel, make it very cinematic and set it to music, which was a big part of it, and really make it stand out from Marvel/DC fare. All of those shows are great but I really wanted this to feel different, make it feel like they’re very imperfect and the family’s struggling.”

“From the minds of Gerard Way and Gabriel Bá, The Umbrella Academy is the story of a super-dysfunctional family of superheroes who have eight days to get it together and save the world.” 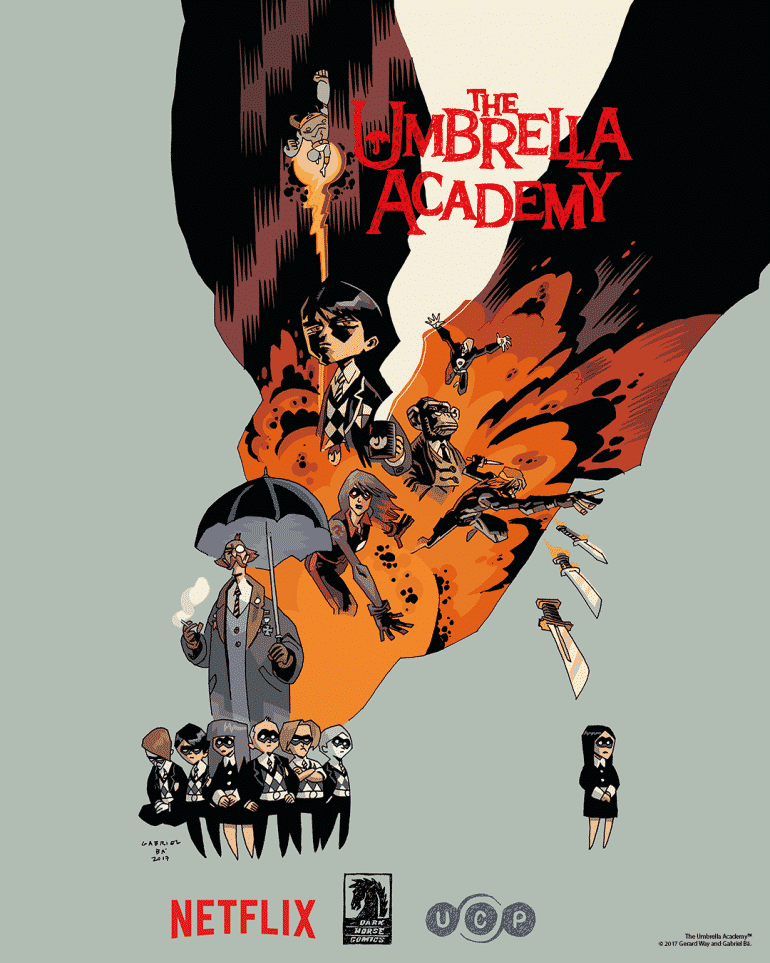