Home > Gaming > What If The Next God Of War Was A Woman? 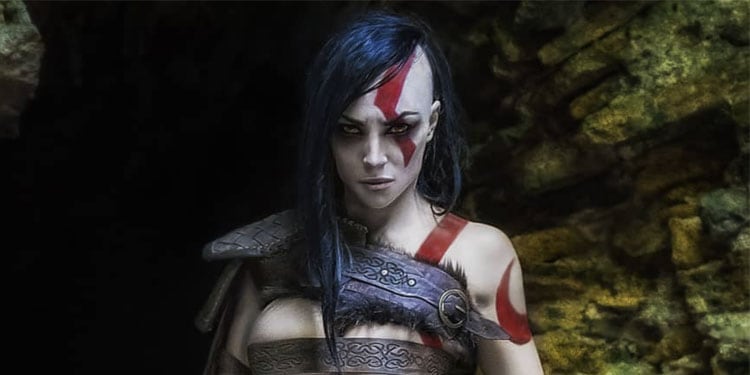 No, this is not another woke post. It’s not clickbait. And no, it’s not meant to be controversial. Stay with me and I’ll convince you why having a woman as the protagonist of a God of War game would be a great idea.

It’s a game that takes place in the same universe as the previous Uncharted games but allowed the series protagonist, Nathan Drake, to enjoy his retirement and instead focused on two female character leads, Chloe Frazer and Nadine Ross.

In my review for the game, I commented on how I realised that I didn’t actually miss Nathan Drake. Don’t get me wrong, I enjoyed the smart-aleck adventurer just as much as the next person but the two new heroines in Uncharted Lost Legacy brought a new fresh take to the franchise.

Of course, this made me think. What if one of the most masculine gaming franchises out there decided to include a female protagonist? What if the God of War himself was joined by a battle-hardened playable female character? What if the next God of War introduced a heroine to accompany Kratos and Atreus on their bloody adventure?

What if the next God of War was a woman?

Wait! Before you, all go full God of War on me. Hear me out.

If you have played the latest God of War game, then you would be aware that, although Kratos is still the always pissed anti-hero we all love, this time around his anger is tempered by the responsibility and love he feels towards his son, Atreus.

This change had angered some fans of the franchise earlier on in development. But, personally, I can understand how a child can completely turn your world upside down, even if you are an angry warrior.

Atreus’ introduction allowed players to see a more emotional side of Kratos. If the father and son story is to evolve and expand in the next game it might be a great idea to introduce another hero – someone who can become the matriarch of the group, someone who can show Atreus the less angry side of life but that can still be just as dangerous as Kratos, should the situation call for it.

With the game currently taking place in the Norse realm and Odin probably out for Kratos’ blood, he might be in need of some help. God of War has already hinted at the existence of multiple realms, each compromised of various different pantheons of gods. From Egyptian to Japanese mythology, these have all been teased in the game in some way or another.

One of these little Easter eggs is a symbol called the Triskele, which has appeared throughout history and is most closely associated with Celtic mythology. More commonly called a “Celtic spiral”, these symbols have been around for many, many years.

So, what does this have to do with the introduction of God of War as a woman?

Well, the Celtic god of war is actually a goddess of war, called Morrigan. Not only is she tasked with all things to do with war, but she is also the goddess of fate and can shape-shift into a raven. Known as the Phantom Queen, she is a mysterious goddess with the power to foretell doom and bring it down on those who deserve it.

Morrigan sounds like she would fit in perfectly with Kratos and Atreus. Oh, and she is also a powerful wielder of magic, which could come very handy in combat. Even more interesting is that she is said to be associated with premonitions concerned with the violent deaths of warriors. She has also been known to get on the wrong sides of the other Celtic gods.

Let’s say, for argument’s sake, that Morrigan gets on the wrong side of one of the more powerful Celtic deities and that she is forced to flee her realm. She could end up in the Norse realm, where she would come across Kratos and Atreus.

Obviously, this could turn into a great opportunity for a God of War game to show just how powerful she is as she and Kratos can face off against each other in the same spectacular way the previous game saw Kratos duking it out with Baldur. Eventually, Morrigan could end up joining Kratos and Atreus in their inevitable face-off against Odin.

Of course, Kratos would probably need to bow out sooner or later as the series’ lead protagonist.

I mean he’s had a few good years under his belt. It might be time for him to accept his gold watch and retire. One way to transition between Kratos and a new protagonist could be to have him heroically and emotionally (I will shed a tear) die in the final battle against Odin.

Seeing as Morrigan tends to have premonitions about the violent deaths of warriors, she could become aware of Kratos’ inevitable demise but keep it secret from him and Atreus. This could also be the reason why she might form a bond with Kratos’ son, realising that he will be on his own without her.

This would tie in nicely with the ending of the God of War game where an uncovered mural not only reveals Kratos’ wife’s secret but also a dying Kratos lying in what appears to be Atreus’ arms.

Also, did I mention that the Triskele or Celtic spiral, which consists of three interlocking spirals (or interlocking lives, Atreus, Kratos and Morrigan), essentially represents the movement of life, past, present and future, as in the inevitability of death and moving on?

In an interview, God of War director Cory Barlog mentioned that he wasn’t against introducing a new protagonist but that it would need to form part of a cohesive narrative – commenting that he was at the “whim of the story” and was willing to go wherever the “story and his vision takes him”.

I get that many fans of the series would like to see Kratos beating up gods forever, but, as the recent game showed, change can be good for a franchise.

If you told me back when the first God of War game released that the symbol of anger and masculinity would eventually evolve into a less angry father, I would have laughed (and cried a little bit). But fast forward a couple of years later and this evolution proved to be one of the best things that could’ve happened to the franchise. It breathed new life into a series that felt like it was stagnating.

Introducing a woman as the god of war would be another bold move that might just help the franchise grow and evolve further. Having a magic-wielding, badass female goddess take over from Kratos could actually turn out to be a good thing and help expand on the franchise’s lore in a meaningful way.

So, what if the next God of War was a woman? 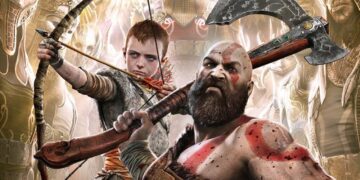 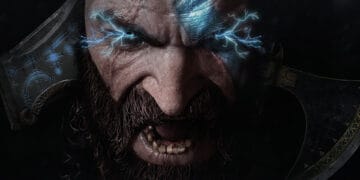 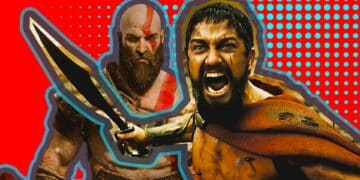 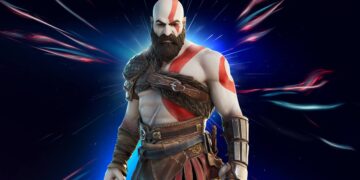