Home > Books > Comic Books > What Crystals Are In Superman’s Fortress of Solitude? Ever wondered what all those crystals in Superman’s Fortress of Solitude do? Well, some of them are more powerful thank you think. 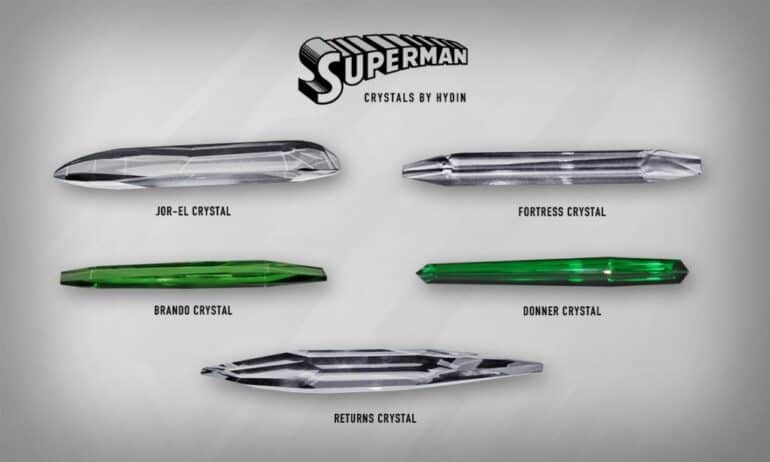 In the multiple versions of Superman that have popped up in media adaptations, there are some consistencies that have a tendency to be carried across the wide range of iterations of the character. His basic abilities such as super-strength, invulnerability, flight, speed, heat vision and freezing breath are now accepted and expected anytime Superman shows up in anything.

Similarly, the supporting cast of characters around him are usually consistent with classic figures like Lois Lane and Jimmy Olsen at the forefront of Clark Kent and Superman’s lives. Still, there are some aspects of Superman that are a bit trickier to lend a definitive meaning in his lore. One of those things is the Fortress of Solitude.

Where is the Fortress of Solitude?

Traditionally, in Superman stories, the Fortress of Solitude has been located in the arctic region. It is situated in that sort of area due to the extremely low temperatures that will be difficult to navigate for a regular human. However, a Kryptonian like Superman has no problem staying in the region. Strategically, it’s a pretty solid defence mechanism, even if that might not have been the intention behind its location.

In more recent Superman comics though, the Fortress has been in other locations including the Antarctic, the Amazon rainforest and the Andes. One theme across all stories is the fact that the general public is unaware of the existence of such a Fortress. Its location is also kept secret from most of Superman’s allies, except from a select few such as Batman and Lois Lane.

What is the Fortress of Solitude?

In a nutshell, the Fortress of Solitude is Superman’s headquarters or base of operations. Before the Fortress, Superman used to reside in something called his “Secret Citadel”, but that has since been scrapped as it was a sort of goofy idea from the 1950s Action Comics era.

Today, the Fortress has many functions that vary as the plot demands it. One recurring thing is its role as an encyclopedia for all things Krypton and the House of El.

In most Superman stories, his growth into the role of everyone’s favourite blue Boy Scout isn’t complete until he visits this place. It’s essentially a form of pilgrimage Clark Kent must embark on before becoming Earth’s protector. He’s usually able to find it in his late teens or early adulthood, and he engages in some sort of trial or challenge before he’s able to fully figure out how to access the knowledge held within the fortress.

Contents of the Fortress

If we had to list everything that can be found in that giant arctic structure, we’ll be here all day. However, there are some key valuable that are worth mentioning. This includes Kal-El’s spaceship, Kryptonite, an advanced AI of Jor-El, new suits for Superman and a myriad of other cool alien technology. Most importantly though, is a collection of crystals that are extremely powerful and dangerous in the wrong hands.

So, what are these crystals? 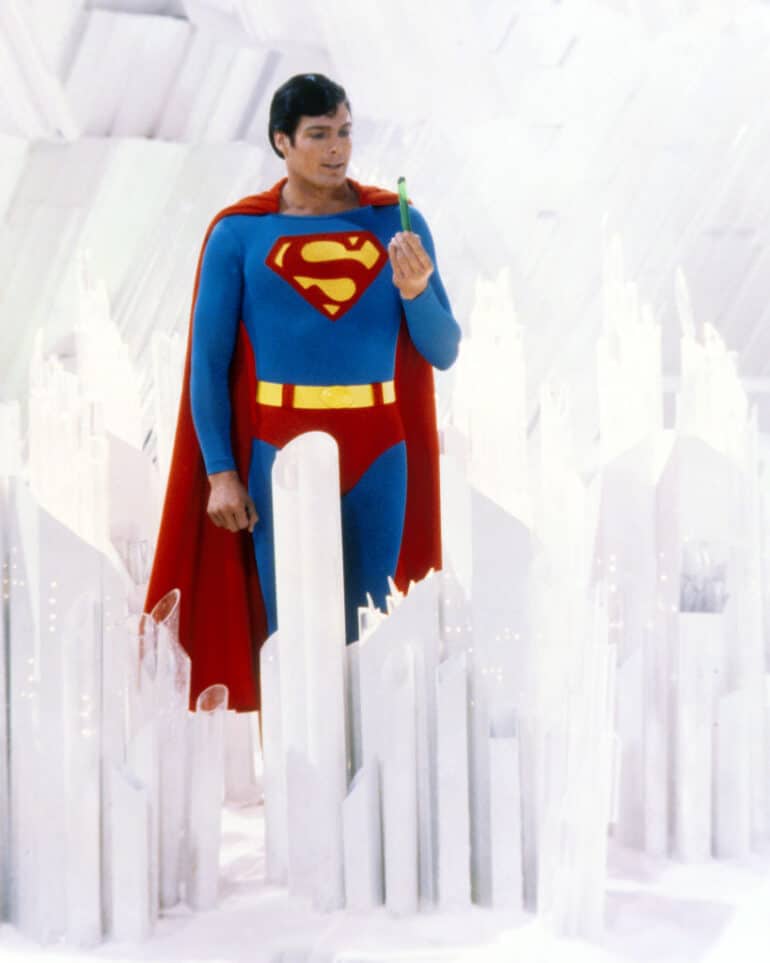 Crystals in the Fortress of Solitude

In the original film series spanning from 1978-2006, Superman’s Fortress is created by a crystal that was enclosed by Jor-El in Kal-El’s ship. The crystal leads teenage Clark Kent to an ice field where he plants it, after which it melts into the ice and grows into a huge crystalline building, similar to the crystalline architecture shown on Krypton at the beginning of the film.

This fortress was also used to start Kal-El’s 12-year training to become Superman. This Fortress contains numerous “memory crystals” that can be used to access Jor-El’s artificial intelligence and hologram, interactive holographic recordings of Lara, and other Kryptonians, and a chamber that uses red sun radiation to strip Kryptonians of their superpowers.

The memory crystals are extremely powerful, and although they are termed “crystals”, they’re actually the result of many years of technological advancement. These crystals have the power to create entire land masses as was demonstrated by Lex Luthor’s plan in Superman Returns. In that movie, Luthor decides to steal a memory crystal and use it to create a landmass the size of America.

The Stones of Power, also known as the Stones of Knowledge, were three Kryptonian crystals that contained the knowledge of 28 galaxies within the Smallville TV show’s universe. Their power was something that was sought after on earth dating back to classic historical periods. They were sought after by many magic practitioners, not realizing that the crystals were of alien origin. The Crystal of Fire is one of the three Stones of Power introduced in Smallville. It is a clear stone that holds the Kryptonian symbol for “P”. It possesses the power to heal humans, restore the powers and abilities of Kryptonians, and even break spells. This crystal was originally hidden in Egypt on the planet earth by a Kryptonian centuries before Kal-El’s arrival.

The Crystal of Air is a silver fragment that possesses the Kryptonian symbol for “Air” and also the symbol for the House of El. The Crystal of Air isn’t detailed enough in the show, so its own ability is shrouded in mystery. Still, it’s an extremely powerful artefact that was hidden in Shanghai, China centuries ago. 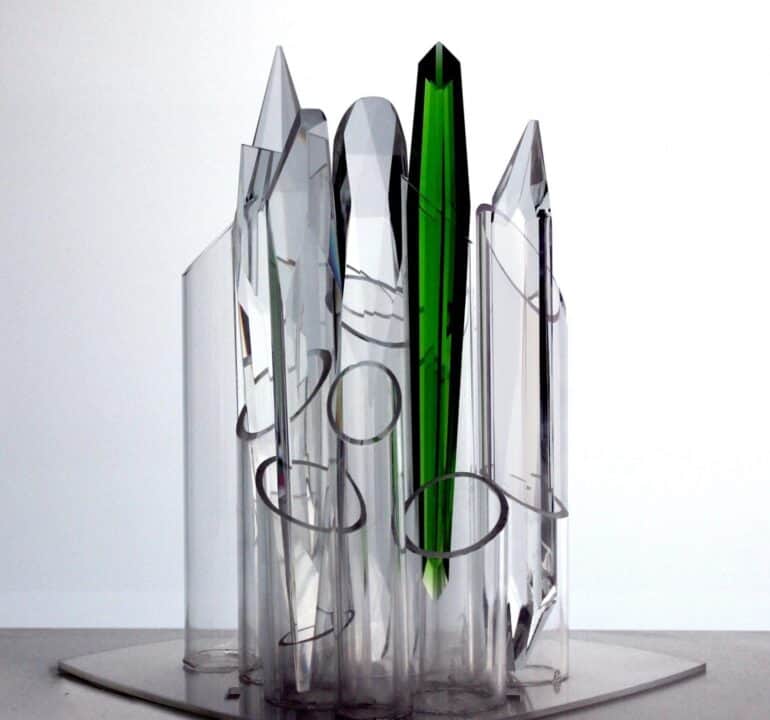 So, What Crystals Are In Superman’s Fortress of Solitude?

Well, as you can see, there are many. Depending on the comic, movie or TV shows, they all differ.

Superman’s lore runs pretty deep, but there’s a lack of togetherness within his continuity. As fans, we can only hope that authors decide to expand more on the power that gave Krypton its repute across the galaxy.