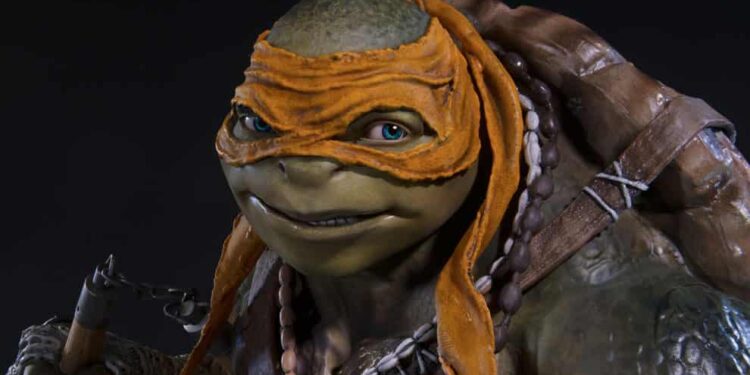 Last year, THR reported that another Teenage Mutant Ninja Turtles reboot was in developed at Paramount. Of course, nobody believed it to be true. We only recently got a reboot. Why would they do another so soon?

Well, in an interview with Variety at the Critics’ Choice Awards, A Quiet Place producers Andrew Form and Brad Fuller confirmed the TMNT rumour. Yes, the Heroes In A Half-Shell are returning for another cinematic outing.

“I’m gonna say something I’ve never said before, honestly. The thing about the Turtles is the same thing about A Quiet Place, it’s about a family, and being invested in a family. I say that they are both family stories about the family sticking together and supporting one another.” -Fuller

'A Quiet Place' producers are rebooting the 'Teenage Mutant Ninja Turtles,' again! Production could start as early as this year #CriticsChoiceAwards https://t.co/wdsQUeuspo pic.twitter.com/IxbalX6Gxm

While it’s still in early development, it’s “looking like production by the end of the year,” Form added. That’s pretty soon. As far as a director and cast, there is “nothing yet but we have dates we are trying to hit, that’s all.”

With 2016’s Teenage Mutant Ninja Turtles: Out of the Shadows (which made $245 million on a budget of $135 million) and 2014’s Teenage Mutant Ninja Turtles performing poorly (and not a big hit with fans), with just a 22% and 37% critics’ approval on Rotten Tomatoes, it seems Paramount is looking to “rethink” the franchise. Not much is known about the planned reboot yet, except that Michael Bay will also produce and Andrew Dodge has been tapped to pen the script.

But, do we really need another Teenage Mutant Ninja Turtles reboot?