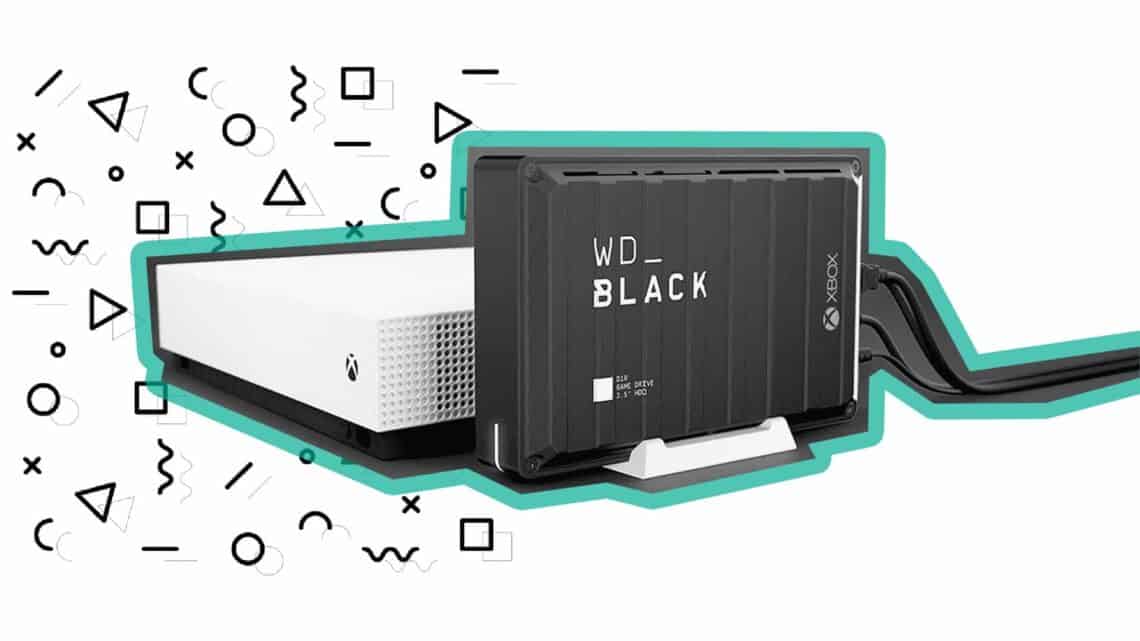 If you’re in the market for expandable storage for your Xbox, the WD_Black D10 Game Drive is a great option. 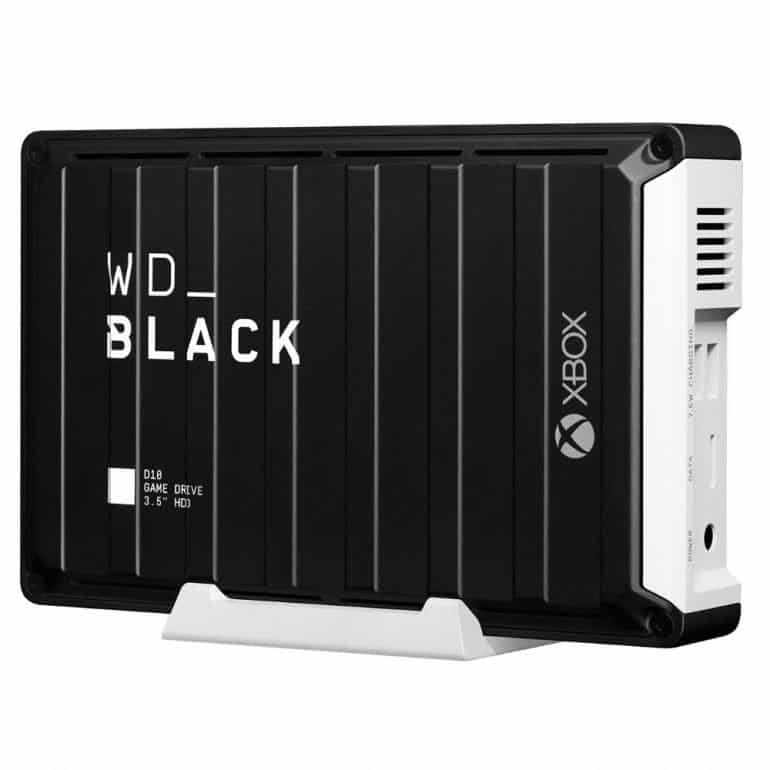 Back in August 2020, Western Digital launched its WD_Black gaming range in South Africa. The launch brought new focus to the lineup of external gaming storage, with an almost complete overhaul to its previous WD Black range. WD announced several storage options for various mediums, even specific to the Xbox environment. The WD_Black D10 Game Drive is one of those, which we received for review.

On paper, it had all the makings to kick the external drive market into overdrive. Initially, from my point of view, this was met with some scepticism. It was especially intriguing comparing internal SSDs, standard or m.2, versus an external drive over a USB channel. However, when I reviewed the WD_BLACK P50 Game Drive 2TB SSD, all my doubts were erased. Even to this day, its speeds amaze me.

While the unit was launched in mid-2020 with full Xbox One support, I tested it on the Xbox Series X. 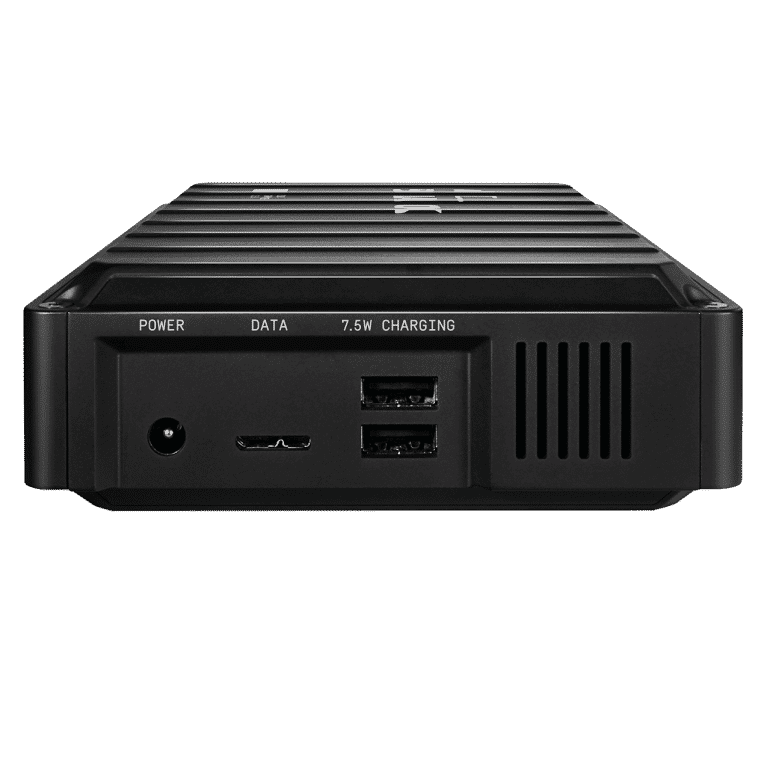 Having already spent some time reviewing WD_Black P50 Game Drive, you’ll notice the same design themes come through on the WD_Black D10 Game Drive. To explain it simply, it looks like a blown-up version of the former.

But that’s not a bad thing. I thought the design of the P50 was great, and again so on the D10. It may not be as sleek in size and weight, but it ticks the right boxes.

The unit is fairly chunky. It measures 195mmx125mmx44mm, which isn’t small. This is to cater for the 3.5” drive on the inside. It will be noticed when placed next to your Xbox One or Xbox Series X. Thankfully, it looks the part and can blend right in with your other hardware around the TV.

It’s also very heavy, weighing in at 0.98KG. That is substantial. No worries, however, the unit isn’t meant to be lugged around as frequently, especially since you’re not going to be transporting your Xbox around much either.

Unlike the P50, the WD_Black D10 Game Drive isn’t a single tone. While the majority of the drive remains black, the port section has an off-white hue. The lines down the sides are similar to that of the P50, only larger.

There are rubber feet on the outer side, which means you can lie the unit flat on a surface if it fits the aesthetic better. I would assume most users would prefer the upright. For this, there’s a stand included in the packaging. There was a noticeable click into position when attached to the D10, which I rather liked. It ensures that the stand is locked and ready to keep the near-1KG unit in place.

As mentioned previously, there is a section for ports on the drive. There’s the obvious data port to connect the USB cable to the Xbox, as well as the power input. There are also two USB 3.2 ports. These can be used to power any external devices, which comes in handy when you wish to charge your Xbox controller. It doesn’t work as a reader, so don’t expect any flash drives to be added to expand the storage further.

I’ve noted a few individuals make mention of a missing Type-C USB port on the device. While it may become the standard, I don’t see it as a big requirement as yet, unless for a laptop or desktop PC. The D10 was designed for the Xbox with the ports for charging its controllers. 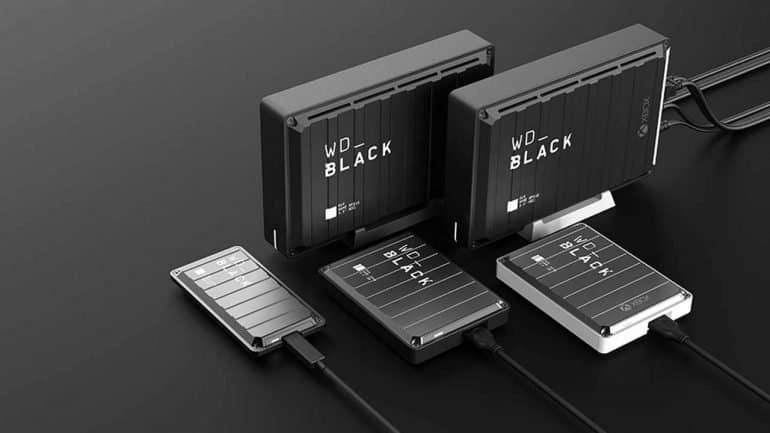 There’s very little in the way of physical setup on the WD_Black D10 Game Drive. Out the box, you’ll be presented with a few items: the drive itself, the UBS cable, the stand and the power adapter. There’s a special connection for the power adapter, dependent on the type of plug in your region.

Once you’ve attached the stand, you can connect the cable to the Xbox and power cord to the plug. The device will be picked up on your Xbox and prompt you whether you wish to use the device as media or storage. Select storage, this will allow you to move games across onto the drive, as opposed to media, where you’ll have access to files on the drive to watch videos or view images you’ve copied.

WD does offer drivers for the WD_Black D10 Game Drive off their website, but they’re not necessary. This is for use on your PC, and doesn’t serve any purpose for the Xbox. Many of these options are native to Windows 10 in any event, such as formatting, partitioning and the likes.

Within the contents of the box, there should also be an Xbox Game Pass card. It provides the owner with the option to redeem three months of subscription.

The WD_Black P50 Game Drive I received is the 12TB storage capacity option. Speeds are listed as up to 250MB/s.

While I’m fully aware that there would be slower load times running games directly from the drive, it still needed to be tested. The below table provides a view of the average times for a few tests. This includes copying to the WD_Black D10 and then back to the internal Xbox Series X storage. This is then followed by loading times for both the internal and external drives. Tests were conducted twice for each and averaged across both.

When it comes to running the games, once they have booted there isn’t much of a difference when it comes to glitches or waiting times when in-game. This is, in part, thanks to the efficiencies of the development framework and preloading capabilities.

That said, given the continuous data transfers, the WD_Black D10 Game Drive does tend to run at an audible volume, with a burst of clicking as the internals spin faster. This does mean that the drive starts to heat, but nothing even remotely worrying. More of an observation.

Another great feature to consider, although this is more in line with the Xbox Series X than the D10, is that if you’ve backed up any games on the Xbox One, you can simply plug it into the Xbox Series X and immediately be able to play the game. 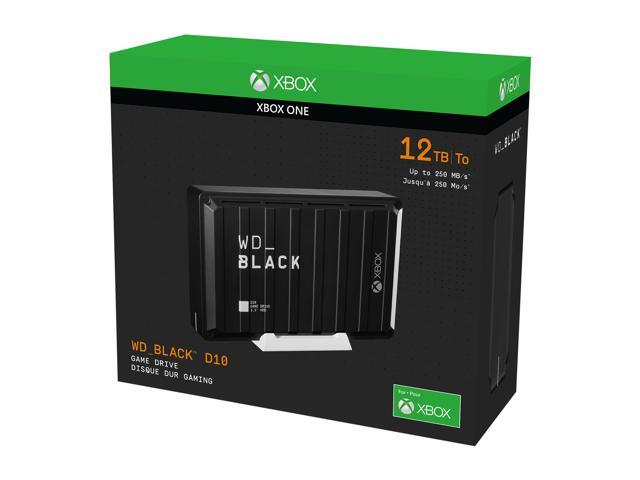 While the device itself wasn’t built for high speeds, it’s not an exorbitant wait extra to wait in terms of load times when booting up a game.

The unit is reasonably priced, with the 12TB variant having an asking price of R6,999 retail. That’s roughly half the price of the WD_Black P50 Game Drive. The WD_Black D10 Game Drive is branded with Xbox tags but is compatible with PlayStation and PC if you prefer.

If you’re looking for a substantial backup drive for your console games, the WD_Black D10 Game Drive is a great option. It’s a solid unit and may not boast an extensive set of features, but gets the job done with ease.