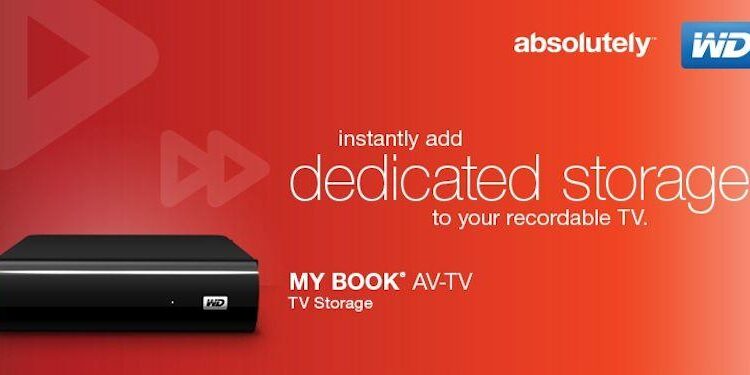 Despite having progressed from analogue to digital media and storage in the late 90s, the technology wasn’t until the early 2000s that it was accepted in mass as the leading content source by the industry. The ascension of the digital age introduced households to Smart TVs over the past 10 years or, with almost all newly developed Smart TVs supporting the use of USB storage. In addition, some of these TVs are able to offer some form of recording and PVR, while others still depend on a separate units to perform such recording.

Irrespective, the storage required to record HD content isn’t always sufficient, and this is where Western Digital’s My Book AV-TV fits in. The company has introduced a specifically designed storage medium, allowing users to turn their Smart TVs into PVRs, or simply to extend the storage of the unit they already own.

The My Book AV-TV fits the bill of an inconspicuous piece of hardware, that does little to stand out, but isn’t an eye saw taking up room in your living space. In fact, the unit looks similar to many of WD’s other external USB options. At the same time, the unit has been designed, more in terms of its firmware, to be used as a storage for your Smart TV. Although the unit does look like your standard desktop storage backup, the addition of a 2m USB cable means that unit can be used in a wider variety of locations than simply sitting on your desktop. The extended cable also means that if you don’t like the look of the case, you can easily hide it behind your TV stand and still be able to connect it.

Setup is simple. In fact, there is no real setup to speak of. Simply plug in you’re my Book AV-TV, and you’re good to go. When using the unit on your PC, plugging the unit into the socket for power, and USB to be accessed is all that’s required. This also holds true for some Smart TVs that are able to use the NTFS formatting. For those that aren’t able to process said formatting, you will have to perform a simple re-formatting of the drive to exFat or FAT32 file systems. This can be done on the Smart TV itself, and, at times, is also where the TV’s OS adds a few files of its own for better processing of the drive.

As stated earlier, the My Book AV-TV is optimised to be used as a TV storage medium. The firmware was designed with advanced algorithms, which use sequential writing of data for continuous recording, as opposed the more conventional HDD writing methods that use first available storage to record data. The latter means that a single file, when stored, could be written in sectors that are scattered throughout the HDD, which often tends to slow reading of the said file, firstly having to build the file once again. Not only does the AV-TV does the sequential writing make it easier and faster to store recordings, it makes reading faster as well, hopefully reducing any lag there may be during playback of higher resolution videos.

The AV-TV is a simplistic approach at providing PVR capabilities to Smart TVs, but there are limitations because of it. For starters, WD does not include any of its own software, but relies, rather, on the TVs OS for recording options. This, then, leads to issues such as only being able to record what you’re watching. So if you want to record one and watch another, things become tricky if your TV doesn’t support this. Then there’s the security measures introduced by DRM content. This means that while your TV is able to record media, it isn’t much use as playback for anything else, but your TV you recorded it on. In addition, some DVDs, Blurays, and games don’t allow recording of content onto a 3rd party drive, and won’t store on the drive at all. All of this is understandable, and not the fault of the drive, but is something to consider when purchasing the unit over a conventional portable HDD.

On the surface, the WD My Book AV-TV seems like your ordinary external source, portable HDD. At a RRP of R1699.00 (1TB) and R1999 (2TB), you would expect more than just a simple HDD solution. Western Digital does make the point of noting that they have made a number of optimisations at the firmware level, as previously mentioned, to improve the unit’s performance, as well as its reliability for 24-7 use whenever required. It is worth mentioning that these changes does mean that the performance is improved somewhat, but often isn’t noticeable if your conventional drive is able to provide playback that’s smooth enough to the naked eye.

While there are no hardware or software issues with the unit, it would’ve been more appreciable had WD offered users some form of PVR software dedicated for the My Book AV-TV across the different platforms to remove a few of the limitations raised earlier. Reliability is important for the type of usage, and WD claim it has you covered with this. 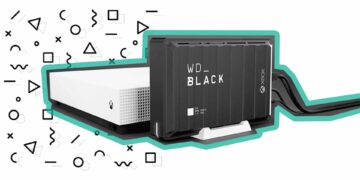 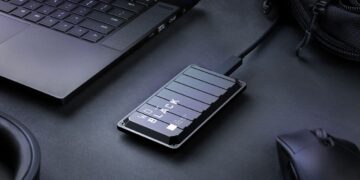