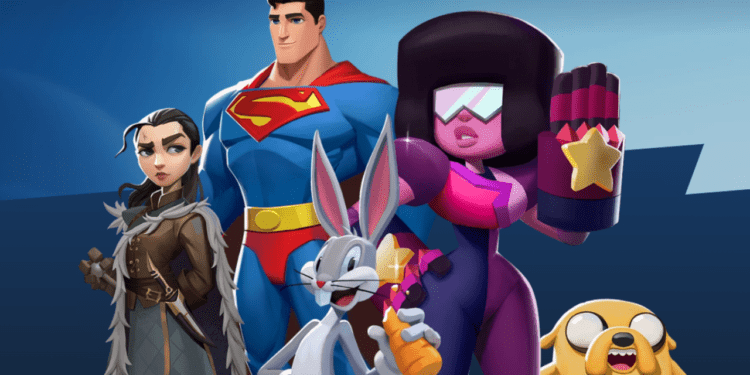 Ever wanted to see Shaggy face off against Batman? Or do you want Superman to beat up Bugs Bunny? Well, thanks to Warner Bros.’s newest “free-to-play” game you can. Check out the latest trailer for MultiVersus below.

MultiVersus is a platform fighter in the same vein as the recently released Nickelodeon All-Star Brawl. The game sees players choosing from a roster of familiar Warner Bros. characters and then duking it out to see who ends up being the last cartoon character standing.

What makes MultiVersus so special is that it features many of the original cartoon voice actors. From Kevin Conroy (Batman) to Matthew Lillard (the best Shaggy ever), you’ll recognise many of these iconic voices.

The game will also be free-to-play but we fully expect Warner Bros. to release new characters to purchase after MultiVersus‘s release.

According to Warner Bros., the team developed the game from the ground up:

“MultiVersus is a dream project for our team at Player First Games, and we’re excited to officially reveal the game. We’ve built MultiVersus from the ground up to be a cooperative, social game that embraces teamwork and strategy. We’re also focused on providing first-class online gameplay through dedicated server-based rollback netcode so that friends and rivals can enjoy a seamless competitive experience as they duke it out with our diverse roster of characters.”

Below is a list of the full announced roster along with the actor who will be voicing them. There will also be in-game purchases (meaning additional characters).

MultiVersus is set to release sometime in 2022 on the Xbox Series X/S, Playstation 4 & 5, Xbox One and PC, and will have full cross-play between the different platforms.