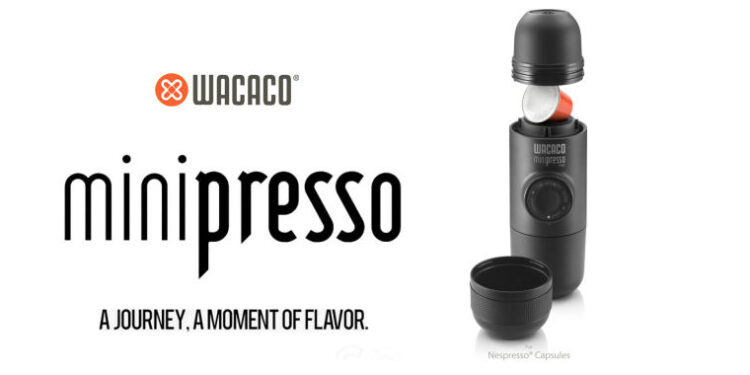 Some time back, Fortress of Solitude featured the Wacaco Minipresso portable espresso maker, which was an extremely portable espresso machine. All that was needed was some hot water and ground coffee beans and you were good to go, brewed within seconds. This, however, wasn’t enough for the team. They have now made the already portable machine even more so with the Wacaco Minipresso NS.

The Minipresso NS features the same portability as the original did, but instead of using ground coffee beans, users can simply make use of a coffee pod. And if you’re one who often needs a shot every few hours to keep the clock ticking over, this may be the perfect solution for you.

If you’re already used to the look and feel of the original, there’s not a lot different on the Wacaco Minipresso NS in that regard. The unit has the same design right down to the same dimensions (175x70x60mm). Where the NS has seen an improvement is that there are less moving parts needed to setup and brew your coffee, and an overall weight of 350g, a reduction of 10g. If you compare the Wacaco Minipresso NS to other portable coffee makers, such as the Espressgo and Handpresso, there aren’t many which use pods and none of which come close to the minimal weight.

You no longer need the scoop or ground coffee bean holder as part of the process. This accounts for the reduced weight. Instead, users simply need to pop in the pod in the position of original holder and you’re all set. What’s left as contents are five components: the main body (piston and pump), the outlet head (for the pod), the water tank, a built-in cup, and a cleaning brush. Not only are there only three pieces needed to make a cup of coffee, but there are only three needed to be cleaned. Wacaco has made the setup process quite a lot easier than before. The use of the pod removes the need to grind your own coffee beans (for the connoisseur who never pre-grinds), removes the needs to scoop, or even position the holder into place without spilling coffee all over the place. Instead, just unscrew the outlet head, pop in the pod, and close. This is followed by filling the water tank with hot water and screw the body back on. The final step requires you to open the pump, and then after a few presses, your espresso is good to go, complete with its own crema.

The process may seem tedious the way I explained it, but once you’ve gotten the hang of it, you can make a cup of espresso in less than three minutes, just as long as the water is already hot. Watch the video below to see the end-to-end process, proving the point of a three-minute (or less) cup of espresso. For optimal result, it may be worth your while to pump a tank full hot water through the unit to ensure the first cup is hot enough. If the portability of the original may not be your cup of tea (I mean coffee), then the Wacaco Minipresso NS will definitely make things a lot easier. I used the original unit quite often during the last review, but there were a few shortcomings and annoyances you’d have to overlook. The NS, however, not only speeds up the process, but makes it easier to clean and, overall, less messy to boot.

The only (slightly) negative aspect about the NS is that it costs roughly R300 more than the original. The R1,580 price tag is seemingly high for a once off purchase, but as I stated in the review of the original, the unit will pay for itself after only a few short months. The Wacaco Minipresso NS is a worthwhile investment, even for those who don’t take their coffee as serious as others. I’m no coffeeholic, but the ease and taste of each brew brings about a certain allure.

You can purchase your Minipresso NS via The More Flavour Company. 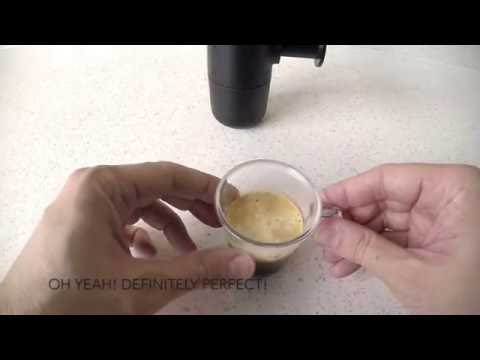