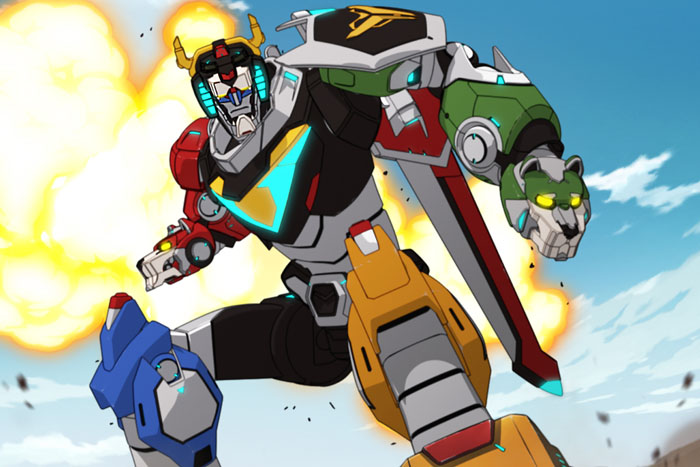 I still have fond memories of sitting on our old couch with my younger brother and waiting for one of our favorite anime shows, Voltron, to start. 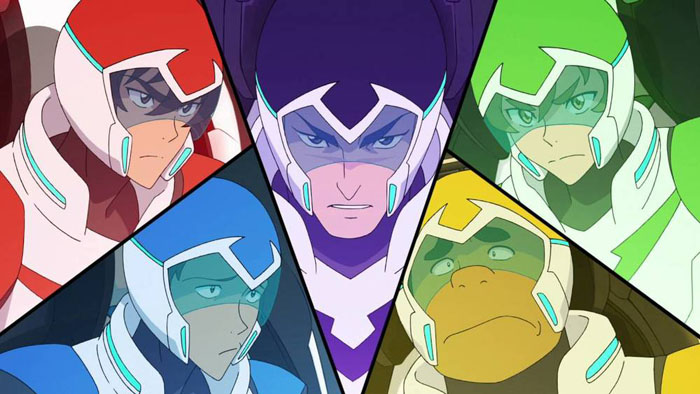 [dropcap]T[/dropcap]he show had everything a young kid could have wished for in the 80’s; aliens, space warriors, large scale space battles and of course the best part, five robot lions that could transform into the legendary defender of the universe, Voltron, a giant robot with one huge sword.

Granted, a lot of time has passed since that young kid and his brother first fell in love with the Voltron anime and most of it seems like a blur to me nowadays.

[pullquote]From the beginning, it is apparent that both have a love and understanding of the original source material as the narrative doesn’t veer too far from the much loved original tale.[/pullquote]

When I heard about the new Netflix Voltron series, I was at first, really skeptical. Like many others, I was afraid that the new version might be sub-par and would tinge my already vague memories of the series that I loved so much.  Well, this couldn’t further from the truth, as the new series didn’t just invigorate my memories but also made me realize why I fell in love with the Voltron anime in the first place.

The new series was developed by executive producers Joaquim Dos Santos and Lauren Montgomery who have worked on projects such as Avatar: The Last Air Bender, The Legend of Korra and Avengers: Earths Mightiest Heroes. From the beginning, it is apparent that both have a love and understanding of the original source material as the narrative doesn’t veer too far from the much loved original tale. This doesn’t mean that there aren’t changes from the original but even these are handled with care and attention. 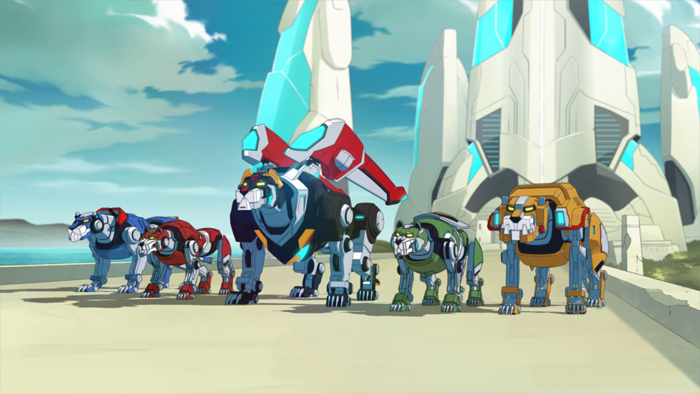 As with the original, the story begins with three friends; Hunk, Lance, and Pidge, who are training together as part of the military’s Galaxy Garrison. Each of these characters, as with the original, feels unique and fills a role in the group. Hunk is the lovable oaf who is always after a snack, Pidge is the brainy one and voice of reason and Lance is the overly confident one who loves the ladies. It doesn’t take long for the team to be joined by Keith, who was the leader of the group in the original anime. That role is now filled by Shiro, who brings a bit of mystery to the team as he can’t recall much of his past. Although these roles might seem stereotypical, they are handled in a smart manner that makes you become invested in each character.

[pullquote]It is refreshing to see such beautiful animation in a market that tends to prefer CG animation.[/pullquote]

These five are chosen to be the galaxy’s new Paladins and pilots of the five robotic lions that when combined form the giant robot warrior, Voltron. They are also joined by Princess Allura and Coran, from the destroyed planet Arus as they take on the evil Zarkon and his vast galaxy conquering armada.

Obviously with the producers of Avatar: The Last Air Bender and The Legend of Korra behind the show, the animation is impeccable and conveys the dynamic feel that is so important for any space-based anime. Not only is each character’s personality fun and unique but their animations are incredibly well drawn and expressive. It is refreshing to see such beautiful animation in a market that tends to prefer CG animation. Although cell shaded CG animation is used for the lions, space ships and even Voltron it is done in such a manner that it blends in perfectly with the traditional animation. This blend of animation techniques helps make moments such as seeing Voltron being beaten by a Robeast, only to come back swinging and be victorious in the end, just as thrilling as my 6-year-old self remembers it. 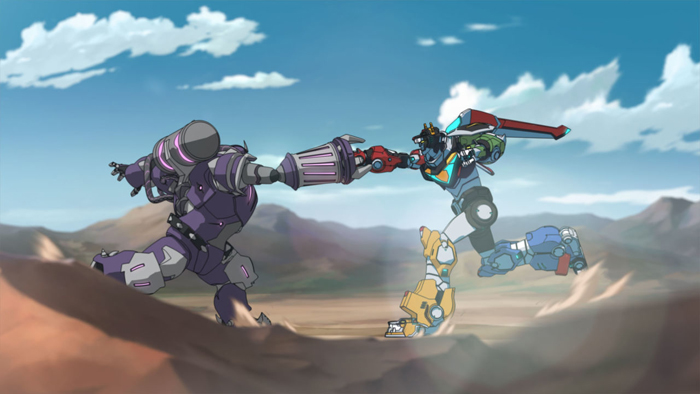 Throughout the season, we see each character grow and find their role as part of the larger team. It’s seeing how this rag-tag group comes together, both as Paladin’s and Lions, in order to form Voltron that is one of the highlights of the season. Although there were some serious moments, especially surrounding Shiro and Pidge, the series has its fair share of comedic moments (usually thanks to the rivalry between Keith and Lance). I also appreciated the fact the even Allura, who starts off as the typical princess in her castle, gets to see her fair share of the action and kick some serious butt.

[pullquote]I couldn’t find a lot wrong with Voltron season one, but it did bother me that some of the main villains weren’t explored properly.[/pullquote]

I need to mention that although each episode does have a central story or struggle, the show lends itself to being binge watched. This isn’t necessarily a bad thing as once I started watching the show I couldn’t stop until the last episode’s credits rolled.

I couldn’t find a lot wrong with Voltron season one, but it did bother me that some of the main villains weren’t explored properly. For instance, there is a lot of mystery behind Haggar and her motives that I would have loved explored more. Even the big bad Zarkon can seem a bit two-dimensional. Now granted the last two episodes of the season did hint at Zarkon’s surprising past and I can’t wait to see more revealed.

Another small issue I had with the anime is that I missed the original transformation sequence and music, especially the part where Keith would say “and I’ll form the head”. As kids, we use to sit and wait patiently for this transformation sequence to start, as that was the highlight of the show for us.  It is such an iconic sequence that I really which it was included at least once in the season. There is a little sequence in the first episodes where they poke fun at this, but this just tends to rub salt into the wound.

Overall, I was really surprised at how good Voltron: Legendary Defender season one was. I was expecting some good animation and a serviceable story. Instead, I was surprised by some really engrossing characters and fun and a deep story, that was true to the source material yet brought some welcome changes. With the end of the season promising some more surprises, I can’t wait to sit on my couch with my daughter and share my Voltron memories with her. Voltron: Legendary Defender is a worthy show for old fans and new.