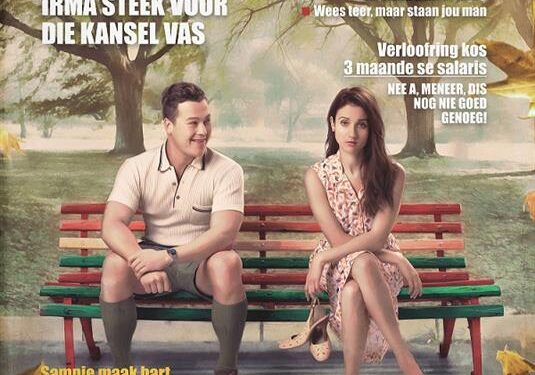 Romantic-comedy-drama films are always a good option to make, because inherently they contain much of the essence of daily life within them. Life is generally dramatic, comedic and romantic, and to be able to see these things entertainingly displayed on the big screen is always attractive to an audience. The main way this so easily goes wrong however is when one of these three elements ends up overpowering the others: the drama becomes melodramatic, the comedy becomes farcical, or the romance becomes sickeningly saccharine. Vir die Voëls is a film that avoids many of these obvious pitfalls, and is all the stronger for it.

Based on a true story submitted to the YOU magazine for their 100th anniversary, Vir die Voëls tells the story of Irma Humpel (Nortmann) and how she got to the stage of marrying her unlikely husband, Sampie de Klerk (Jacobs). The film is set in the late 70’s, and is largely set through a free-flowing flashback sequence, narrated by Irma breaking the fourth wall as her adult self. This technique could have come across as tacky, but Nortmann has a such a good grasp of her character that when she speaks to the audience to further the plot, the effect is to draw us in, rather than push us out.

The setting of the film is wonderfully nostalgic: the central town is unnamed, but would be instantly familiar to anyone who lived through the 70’s in a similar small town. The attention to detail in the clothing and set-work also helped maintain the time-travel illusion very effectively.

For me, a romance movie on any level only works so far as that I don’t hate the central couple we’re meant to be rooting for. In this case, I was very much on Irma and Sampie’s side. Irma is an independent feminist in a time that does not accept her as such, but you get the feeling that she doesn’t even know what a feminist is: she simply acts the way she does because she has an inherent right to do so, which no-one can take from her. She is a persuasive protagonist and despite her various demons, I could understand why Sampie fell for her. Speaking of Sampie, he is less developed than Irma, mostly serving as a foil for her own personal relationships with men, but he too fits his own niche. He is an all-Afrikaans man, who loves rugby, beer and dancing with the pretty ladies at the social events in town. His main character arc comes from when he goes to and returns home from the Border War, and much is made of what that foolish enterprise did for the boys of a certain generation in our country. As for the side-characters, they mostly avoid the major pitfall of Afrikaans filmmaking: that is, to make them unbearably kooky and wacky. They are only slightly so here, and can be forgiven for it.

Vir die Voëls feels like a real story, which makes it much more impactful overall. I enjoyed it enormously as a date night film with my Afrikaans wife, and I believe that is the primary purpose of it. It does tend to glamourize its past setting a lot: I do not believe at any point in the movie, background or foreground, that I saw a Person of Colour, but I’m not going to make that a whole debate now. This movie is heartwarming and realistic, and I recommend it as a specimen of its genre. 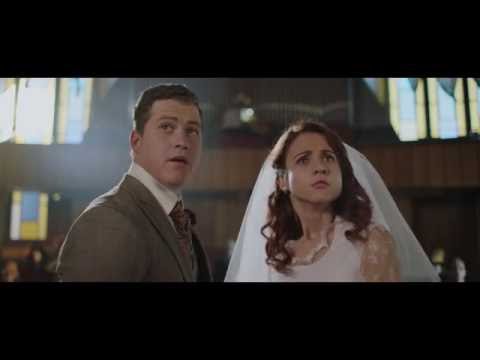