A New Study Says Video Games Could Be Bad For You 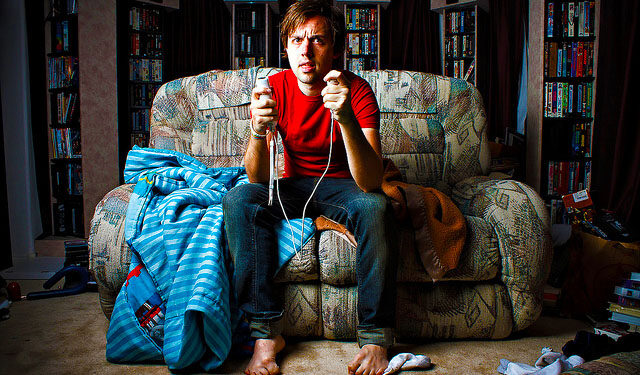 As a kid, I was continually told that playing too much video games was bad for me and that I would develop hairy palms or something similar (wait, maybe that wasn’t from gaming). Whatever the case might be, ever since the wonders of video games were introduced to us as young and impressionable youths, we’ve been warned of the dangers it poses. Now, it seems the effects of playing video games might be worse than our overly concerned parents could have ever guessed.

According to a study by Professors from the Université de Montréal and McGill University playing video games can actually affect your mental health, specifically short and long-term memory. The study found that specifically first-person shooters (sorry Call of Duty fans) can cause grey matter loss in the hippocampus. For those who don’t have a degree in the human brain (like myself), the hippocampus is the part of the brain that is involved with spatial memory (orientation) and episodic memory (autobiographical events). The tests revealed that response learners, those players using their brain’s autopilot and reward system to navigate, experienced grey matter loss in their hippocampus. The loss of grey matter was experienced after prolonged playing (90 hours). This means that there is a direct correlation between the amount of time spent playing and the effect it has on your brain. On the flip side, spatial learners, those using their hippocampus to navigate, increased their grey matter after playing for the same amount of time.

What this boils down to is that games such as first-person shooters, where players tend to memorise the various maps or use waypoints to orientate themselves, has players using their hippocampus less, which leads to shrinking of the grey matter. The good news though is that 3D platforming games, which tend to force the player to navigate through their environments strategically, were found to actually grow the grey matter (great news for those thinking of picking up Super Mario Odyssey).

While the study does show that playing certain video games over a prolonged period can cause loss of grey matter, the long-term effects have yet to be studied. What is know is that the loss of grey matter in the hippocampus is known to increase the risk of neuropsychiatric illnesses such as depression and even Alzheimers.

It’s important to note that these findings are from one single study using a small number of participants, although the findings do warrant further studies. Although there are definitely some benefits to video games, such as developing problem-solving skills, what it does prove, as many other studies have shown, is excessive time spent playing video games isn’t doing anyone any favours.

In the end, it would seem there was some wisdom in our parent’s warnings about too much video games, which means I’ll probably never hear the end of this should they ever find out.