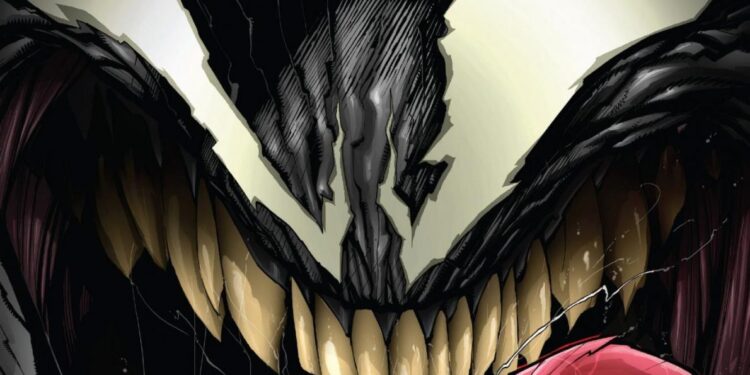 For years Marvel’s slowly turned Venom into more of a traditional hero than the antihero we first fell in love with way back in The Amazing Spider-Man #300. Sure, Agent Venom had its moments—and Flash Thompson was a likable enough character—but this new version lacked the edge that made Venom one of the most badass characters in the Spider-Man universe. The clock was ticking for the black and white sentient alien to break bad. We review Venom #2. Enter Lee Price—a discharged Army Ranger who does what it takes to survive, even dabbling in black market deals. When the Venom symbiote bonds with Price, it doesn’t turn him into a hero like Thompson; instead, Price manipulates the symbiote into becoming a ruthless killing machine, murdering Tombstone’s gang and his own friend in a deal gone wrong.

Venom #2 explores the result of the bloodshed and the internal battle between the symbiote and Price. Using the deal from the previous evening, Price worms his way into a meeting with Black Cat, where he proceeds to ask her for a spot in her gang. As he says to her, he wants more of a job than a score. At the same time, the symbiote tries to reason with Price about the evils he’s getting himself into. The symbiote explains how it’s done things in the past that it isn’t proud of and no longer wants to go down that route. It’s the host, however, who makes it clear who’s in charge and that he’ll use Venom for his own personal gain. While events happen around them, it’s mostly a to and fro between host and parasite, with Gerardo Sandoval’s illustrations of the struggle being the perfect ode to Todd McFarlane’s original creation. It’s an obvious turmoil, but Price has the upper hand and he’s not willing to let go.

Venom isn’t a kid-friendly Marvel title. Oh no, this is a villain-driven story that’s doing justice to the original incarnation of the character, and bringing the danger back to the Venom name. After feeding off so many hosts, it’s high time the symbiote got a bit of its own back, and Lee Price is proving to be the perfect, despicable protagonist for this series. Heck, all that’s missing at this point is a family reunion with Carnage. Now that would be a party.