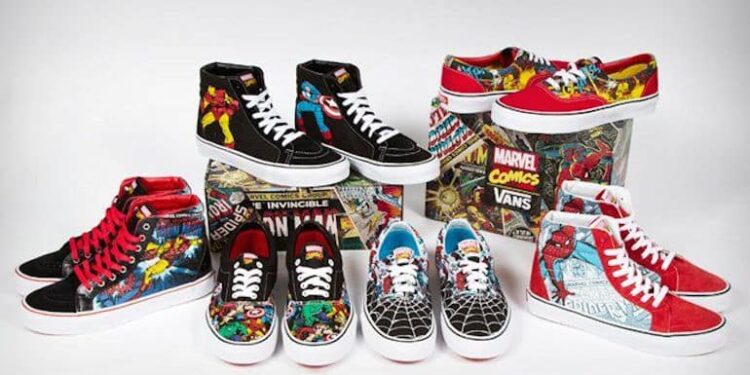 There’s been a number partnerships and collaborations over the years. In that time, there’s been a few average, a few good, and a few really great partnerships. This past week, Vans, via their Facebook page, teased their upcoming partnership with comic book colossus, Marvel Comics.

Five years back, the pair had joined forces for their Avengers pack, which featured the Vans Sk8-Hi Reissue highlighted with Iron Man, Captain America, Spider-Man, the Hulk and Thor on the upper in the form of classic comics. Vans also created a sub-domain on their site to earmark the collection, which you can find here, referencing the “Off The Wall” Super Heroes from the Marvel Universe.

At this stage, there’s very little to go on, except for an image of the classic Spider-Man swinging into action, possibly an indication of the first superhero to feature on the updated partnership. Given the previous collection, which features a few different silhouettes, the same can be expected this time around, with some of the later sneakers in the Vans portfolio.

Sneakers with comic book, movie and game tie-ins have been popular since they featured many moons ago and continue to be well-received by the community. Last year, Ubisoft created an Assassin’s Creed Origins custom sneaker, which although wasn’t official, certainly had fans applauding.

With the recent success of Black Panther, one could only imagine T’Challa featuring on a pair of Vans in the near future.

You can view the official drop from the Vans X Marvel collection here.

Coming soon… Be the first to know! Sign up now at Vans.com/Marvel