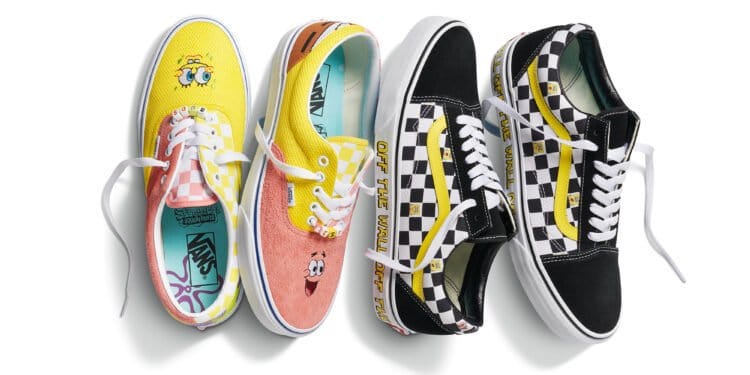 Who lives in a pineapple under the sea? Well, you won’t, but you can get fresh kicks in the form of the Vans SpongeBob SquarePants range. The best part? It’ll be released as two collaborations, with the second being helmed by New York Fashion designer Sandy Liang, who’ll provide her own spin on the animated series’ elements and characters.

For the first Vans SpongeBob SquarePants collab, there’s a hot Old Skool checkerboard emblazoned quarter panel, which features SpongeBob and his pet snail Gail, hidden among the checks. The sneak is finished with a leather yellow Sidestripe, while the “Off the Wall” slogan is plastered in the animated show’s recognisable font. 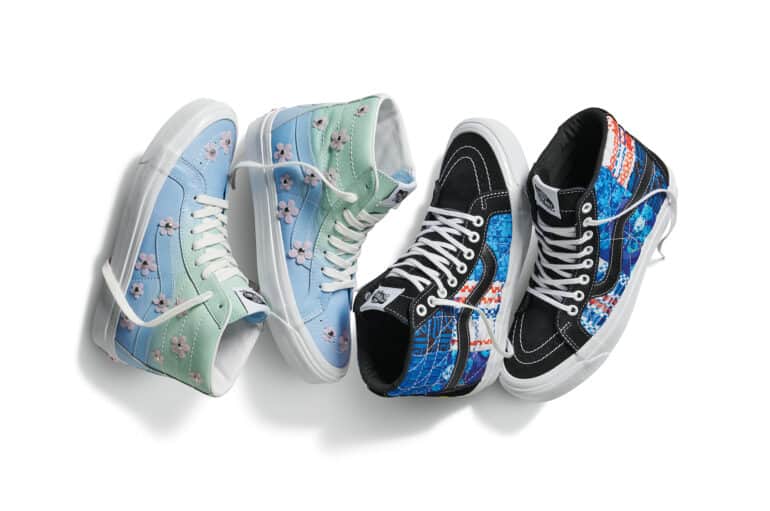 For Liang’s Vans SpongeBob SquarePants collection, it tackles two iterations of the Sk8-Hi 38 DX. The first in the series contains a patchwork application on the quarter panel, drawing inspiration from Vans’ checkerboard pattern. Liang juxtaposes a classic plaid print with flower cloud and patterns from the animated show. The second pays homage to Sandy Cheeks, using premium leather uppers in a dreamy blue-green gradient. It’s finished with floral applications that are similar to the flower found on Sandy Cheeks’ diving suit.

The Vans SpongeBob SquarePants collection and capsule collection designed by Sandy Liang will be available from 25 June 2021.

The collection will be available online at vans.co.za, Vans retail locations and select Vans retailers.