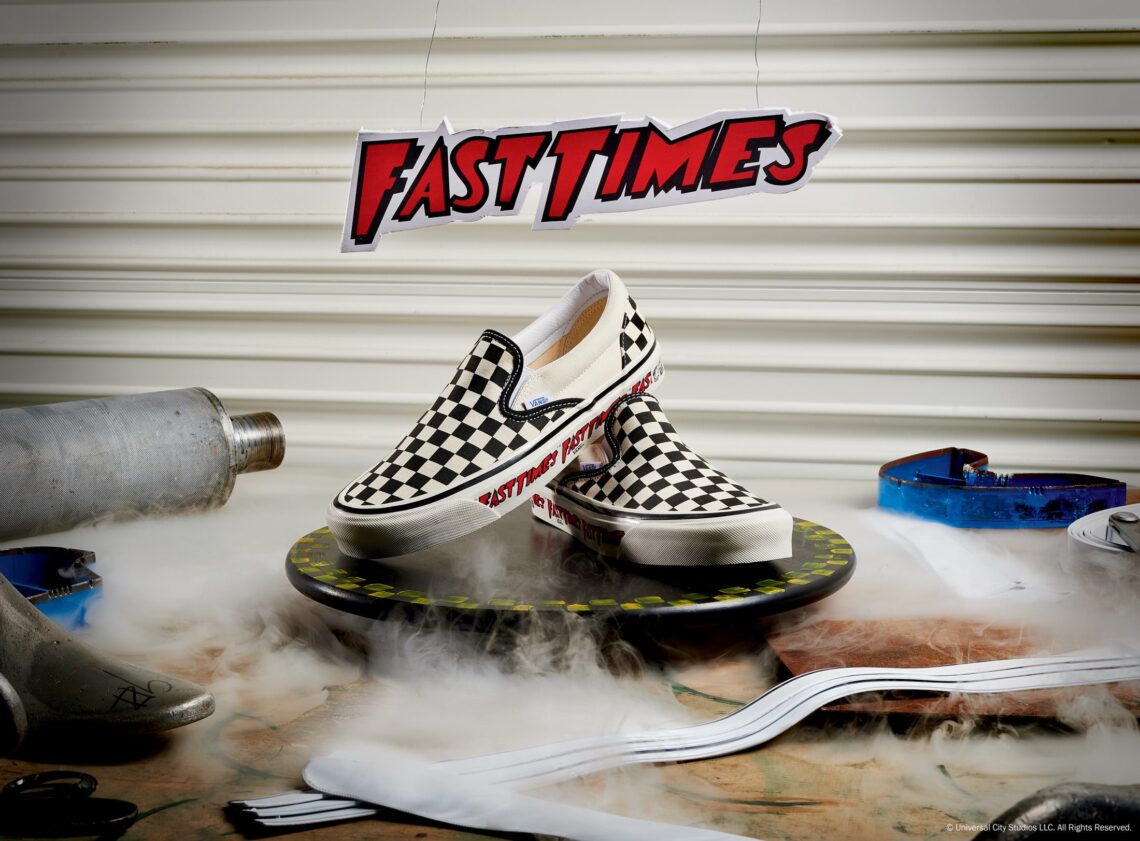 The Vans Classic Slip-On dropped over forty years ago when Vans debut the silhouette for the first time in 1977. The now immediately recognisable Checkerboard pattern was first introduced in the early 1980s. Designer Van Doren drew inspiration from the kids when he noticed that they were drawing checks all over their Vans sneakers. The Checkerboard Slip-On then became a global icon. The brand and Checkerboard Slip-On further cemented its place in sneaker legend when the shoe was featured in the cult classic film, Fast Times at Ridgemont High. Now, for the first time since the film’s release, Vans will reissue a limited-edition Vans Fast Times Slip-On through its Anaheim Factory Collection to celebrate the sneaker’s rich history in popular culture.

Vans was still establishing itself is a brand, having grown in popularity amongst skaters since its launch in 1966. Its place as a staple of Southern California style was cemented in part thanks to the Checkerboard Slip-On’s appearance in the 1982 film. To celebrate the film’s release, Steve Van Doren, son of Van’s founder, decided to create a limited Fast Time Slip-On as a giveaway at the Hollywood premiere. The limited nature of the Fast Times design immediately became on the most covetable archived styles in sneaker history. It is in honour of this that Vans has brought back the original design and construction method as part of the Anaheim Factory Collection. 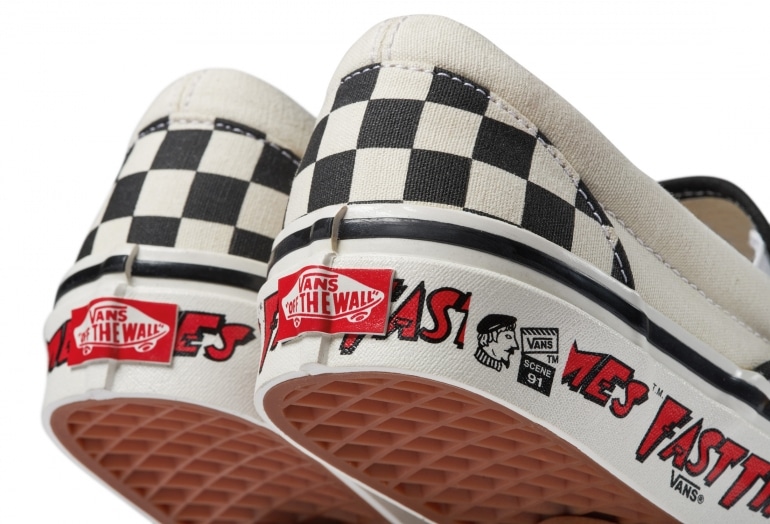 The limited-edition sneaker, formally known as the Vans Anaheim Factory Slip-On 98 DX, uses a 10oz. heavy-weight Checkerboard canvas upper, coupled with a higher foxing stripe to bring the classic design to life. As with the original promotion in 1982, the updated Vans Fast Times Checkerboard Slip-On features a wraparound Fast Time print along the foxing of the vulcanised waffle sole. There are, however, some modern updates, including the latest Vans sole technology in the form of the UltraCush™ footbed for enhanced comfort.

The Vans Fast Times Slip-Ons are available for a limited time at select Vans stores throughout the month of May.