Following the launch of the Vans Era Stacked pack in July, the Era sees another addition to the range. Introduced as a canvas to design expression, Vans released the Era 3RA Vision Voyage collection. 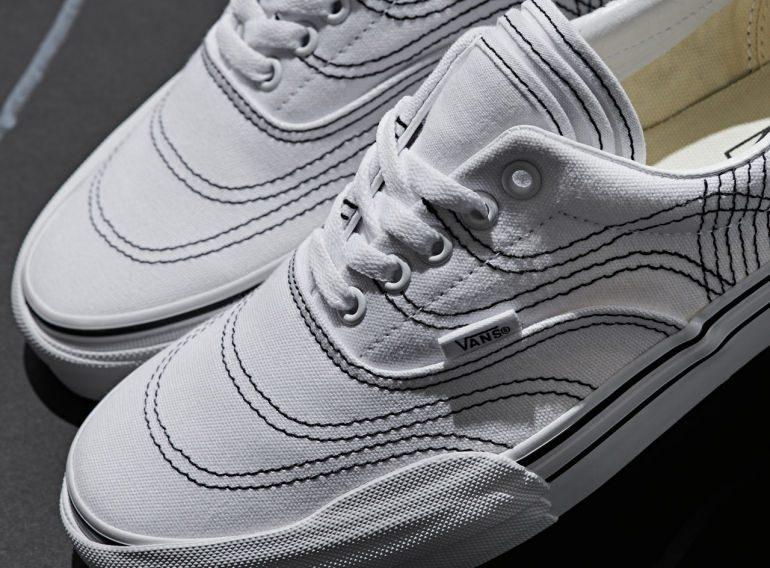 The Era was the first skate shoe released by Vans back in 1976, then known as the #95, built with sturdy construction, material upgrades and a padded collar to withstand the demands skaters put on their shoes. The Era has not lost these design elements, offering great skate performance for the modern era. The 3RA offers a varying style with multiple colourways and forms. Rooted in the D.I.Y. culture the Era aspires to be outside the confinements of traditional footwear executions. The construction is marked by its stitching at each intersecting panel, which extends and transforms the canvas of the Era with its multiplied deco stitching. The tongue has a three-layer execution, one above the other, to create an additional contour finish. This three-layered approach continues onto the toe and heel elements.

The Vans Era 3RA Vision Voyage collection will be available in three colourways, which includes navy, black and true white. The silhouette is available at Vans retail stores across the country.