Valve’s Steam Deck Handheld Is Not Coming To South Africa 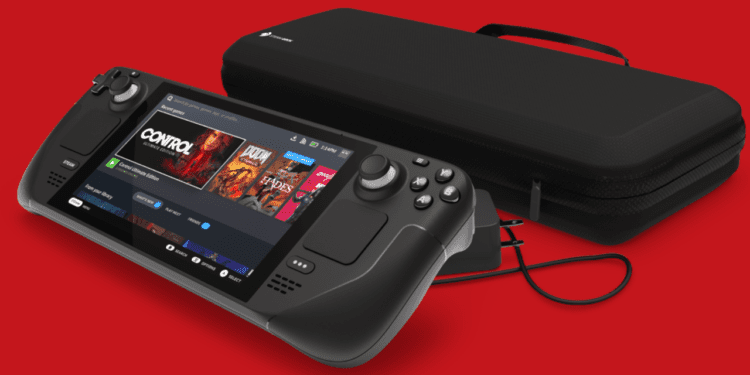 Valve Corporation, the company behind Half-Life and numerous VR headsets, has announced a brand new handheld gaming device: the Steam Deck. Sadly, it seems Valve’s Steam Deck device might not be coming to South Africa. 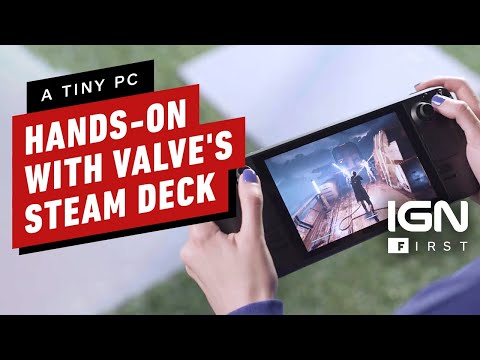 Similar to Nintendo’s Switch, which focuses on gaming on the go, the device is actually quite a little powerhouse and includes features such as a 7-inch touch screen and a variety of control options. Powered by an AMD APU containing a quad-core Zen 2 CPU and having 16GB of LPDDR5 RAM means that most of your Steam library should be playable on the Steam Deck.

The handheld console comes in three different storage versions. A 64GB eMMC version for $399, a 256GB NVME SSD version for $529 and a 512GB high speed MVME SSD for $649. You will also be able to expand the storage using a high-speed microSD card.

Whether you like thumbsticks or the classic D-pad, the Steam Deck has you covered with two thumbsticks placed near the top of the device on each side and one single D-pad on the left-hand side. Of course, it also has a gyroscope for motions controls. 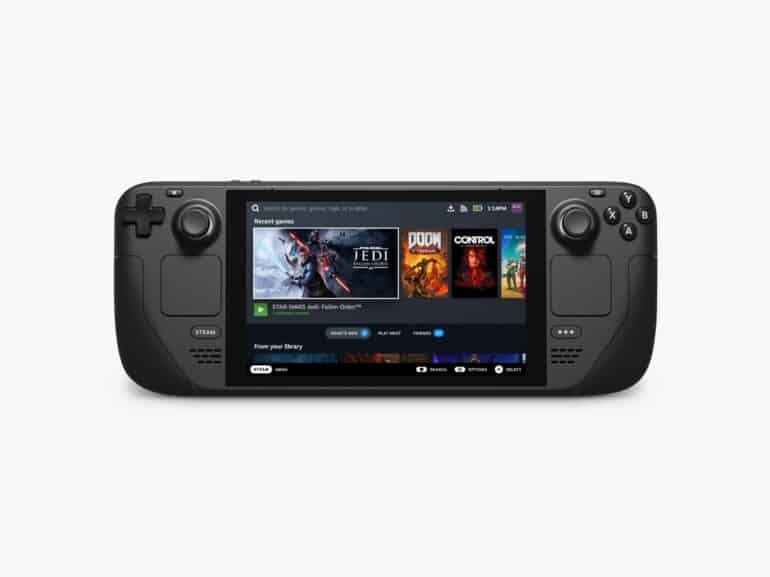 Surprisingly, the 7-Inc 1280x 800 display only supports 720p gameplay – which is a lot less than most gamers are used to today. But, the device can plug into external devices such as TVs should you want a larger screen.

The 40 watt-hour battery should provide several hours of gameplay, according to Valve. Valve spoke to IGN and confirmed that you could play Portal 2 for 4 hours. However, if you limit the device to 30fps, you should get even more hours out of the battery.

Similar to the Xbox Series X, the Steam Deck also has a quick suspend/resume feature — meaning you can pick up your play session from where you left off.

The handheld console is powered by a custom Linux operating system, called Steam OS. However, because it is in essence a PC, you would also be able to install Windows on it. 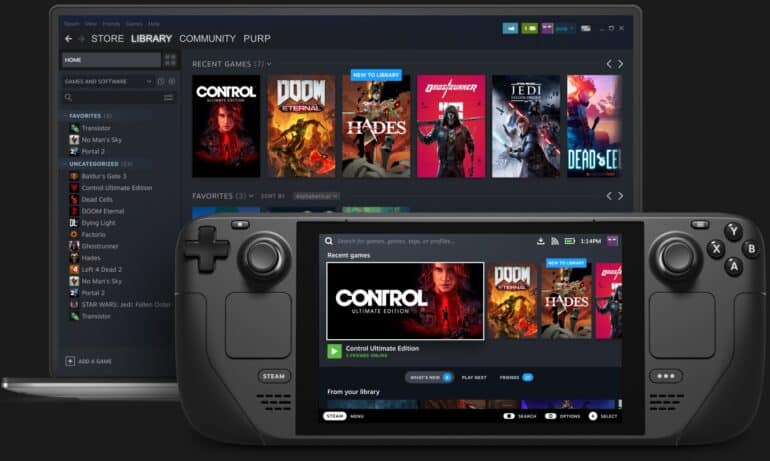 Now, this is great news for Xbox Game Pass members as this means they would be able to play their games on the go too. The device will be available in the United States this December, with the rest of the world getting theirs early in 2022.

Unfortunately, according to the current release plans, the Steam Deck will probably not be available in South Africa anytime soon. Hopefully, this changes closer to the release dates. I’m sure there are quite a few local gamer’s who would love to get their hands on the device.

What do you think? Are you excited about Valve’s Steam Deck? Would you like to see the Steam Deck handheld device for sale in South Africa?