Do you remember the old days of sitting in your room, sipping on a 2-litre Coke, listening to Limp Bizkit and playing racing games on your PS1 until your eyes were red? Well, Valentino Rossi: The Game will tug on these nostalgia feels – but not in a good way. [dropcap]I[/dropcap]n 2016, it’s shocking to see that someone deemed these graphics appropriate for eighth-gen consoles. The riders and bikes look dreadfully unnatural, as do their actions, and the terrain’s simply static at the best of times – heck, the trees in The Lord of the Rings at least moved, while Valentino Rossi: The Game’s flora prefer to practice their best mime impressions. Aesthetically, the PS2’s Biker Mice from Mars looked better than this mess, and had more happening in the background, too. You could forgive the developers if they’d focused their attention on the gameplay instead, but this aspect of the game isn’t any better either. The controls are sluggish and the riders blatantly defy the laws of physics. Ride at full speed into another rider and nothing happens, but hit a stupid cone in the road and you’re flying without wings. Also, if you do find yourself in the unfortunate position of being stuck between barriers, good luck trying to get your rider out of the mess because there’s no action to push your bike out of this sticky situation. There’s a distinct beta feeling in Valentino Rossi: The Game, and I fear we might’ve received a game that wasn’t fully finished. Milestone S.r.l. has developed racing games since the 2000s, so it’s difficult to believe they couldn’t have done something better with the controls and graphics in particular. For a game that celebrates the career of arguably the greatest superbike racer of all time, Valentino Rossi: The Game doesn’t even come close to finishing a lap in Valentino Rossi’s glittering legacy. Maybe it’s one strictly for the fans, but Excitebike had far more moments of joy than this lackluster effort. 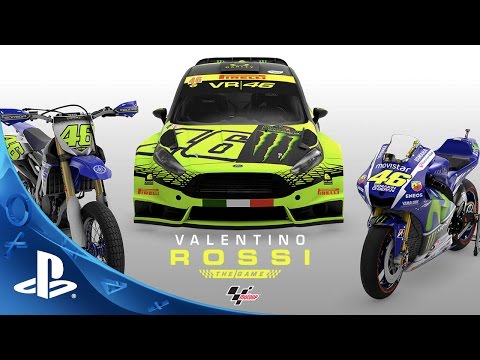