Home > Movies > Unite The Seven Or Unite The League, Which One Is It?

Unite The Seven Or Unite The League, Which One Is It? Over the last few days, we’ve been bombarded with questions about the ‘Unite The Seven’ tagline we’ve used for the Justice League marketing. Some people have said this no longer stands and that the film now uses ‘Unite The League’ branding instead. This is true. However, we aren’t counting wrong and we’re not confused. We believe there will be seven members of the Justice League. 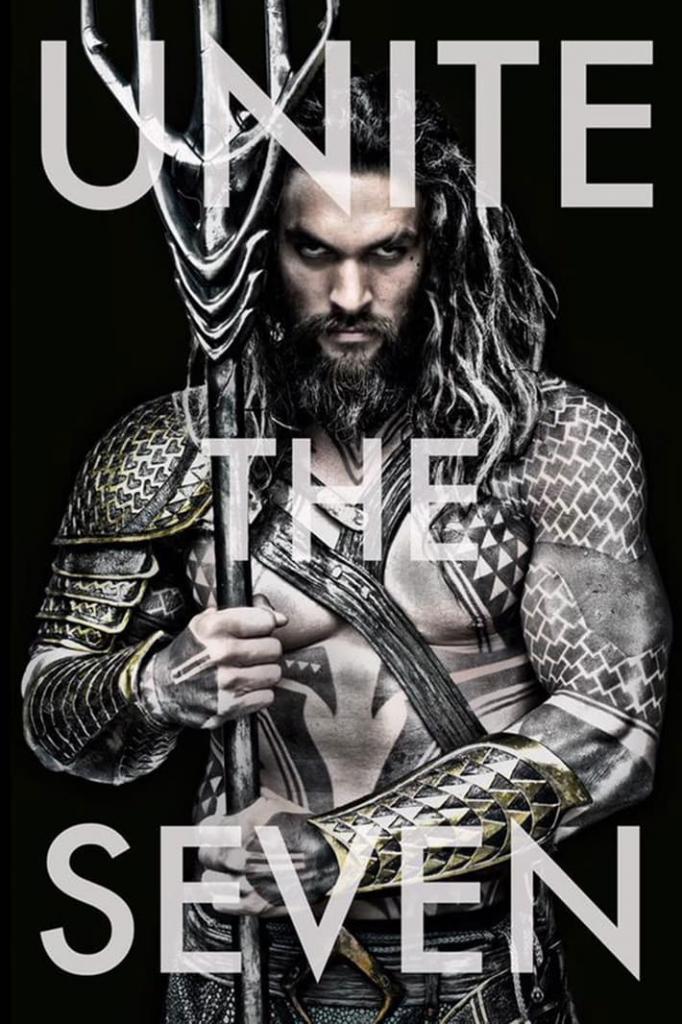 Last year the above image appeared online, showing us the first complete look at Jason Momoa as Aquaman. With it came the mysterious phrase: Unite The Seven. It wasn’t long before the internet speculated that it could possibly mean Aquaman uniting the seven seas or that there would actually be seven Justice League members. Over the last while, however, we’ve only seen Superman (Henry Cavill), Batman (Ben Affleck), Wonder Woman (Gal Gadot), The Flash (Ezra Miller), Cyborg (Ray Fisher) and Aquaman (Jason Momoa) mentioned. That only adds up to six and there has been no mention of the seventh character, at all. That said, we believe we’ll see Green Lantern in Justice League. And if not Green Lantern, then we’ll see either Shazam or Martian Manhunter. Regardless of which one makes the final cut, there will be seven. 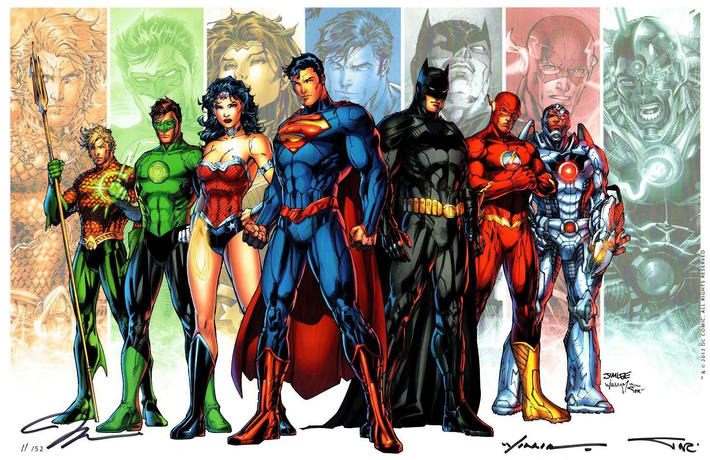 Green Lantern is often listed as the seventh major member. However, he has not been confirmed to be in Justice League. Although, we believe he will be the secret seventh superhero, even if Warner Bros production president Greg Silverman has already said that he won’t show up in the first movie. The 2020 Green Lantern Corps movie is said to feature more than one of the “space cops”, so we could get John Stewart or Hal Jordan appearing.

There is also some speculation that Mera, Aquaman’s wife (played by Amber Heard), might be the seventh member of the Justice League. She appears in the trailer for a brief moment and, although she isn’t usually associated with the team, she has been part of the Justice League United team. Director Zack Snyder recently spoke with USA Today and confirmed Superman (the sixth member). “It’s hard to have a Justice League without Superman. That’s how I feel about it,” Snyder said with a laugh. “It was always a super-intriguing concept to me to have this opportunity to have him make that sacrifice but also have him be this, in a weird sort of way, the why of Justice League: What do you do now with him? What does the team think? What does the world need?” Snyder said. “All that comes into play. It’s fun for us but it’ll be interesting for audiences what we do with him.”

Of course, we’re not the only people who believe there will be seven. There has also recently been a rumoured plot leak that revealed Green Lantern in the film’s finale. DC has learnt a hard lesson with Batman v Superman: don’t play all the cards in your hand. Instead, they are leaving the villain and some of the characters a mystery. And that’s more fun. So we’ll stick with the ‘Unite The Seven’ tagline. Yes, seven.