Unite The Seven! The Flash Shows His Speed Force In The Third ‘Justice League’ Teaser 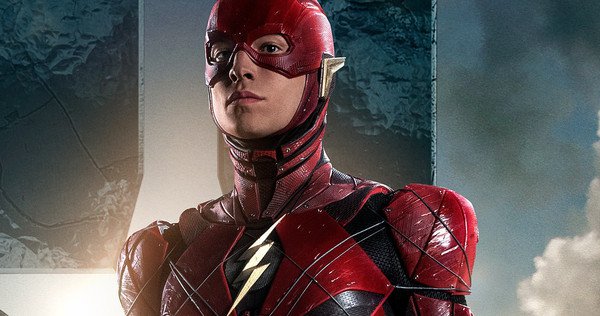 Warner Bros. and DC are releasing Justice League teasers back-to-back before they release the new trailer this Saturday. We’ve seen the Batman teaser and the Aquaman teaser, now we get a look at Ezra Miller’s Flash.

DC fans have been begging Zach Snyder for a new Justice League trailer, and it’s almost here. In two days time, we’ll be able to see it in all its glory. For now, though, you can enjoy this new Flash teaser.

While the Comic-Con teaser trailer for Justice League already gave us a good look at Flash/Barry Allen, this new teaser shows the speedster briefly showing off his speed force at what looks like the location Superman and Doomsday squared off in Batman v Superman. It also gives us a closer look at his new suit.

In Justice League, fueled by his restored faith in humanity and inspired by Superman’s selfless act, Bruce Wayne enlists the help of his newfound ally, Diana Prince, to face an even greater enemy. Together, Batman and Wonder Woman work quickly to find and recruit a team of metahumans to stand against this newly awakened threat. But despite the formation of this unprecedented league of heroes—Batman, Wonder Woman, Aquaman, Cyborg and The Flash—it may already be too late to save the planet from an assault of catastrophic proportions.