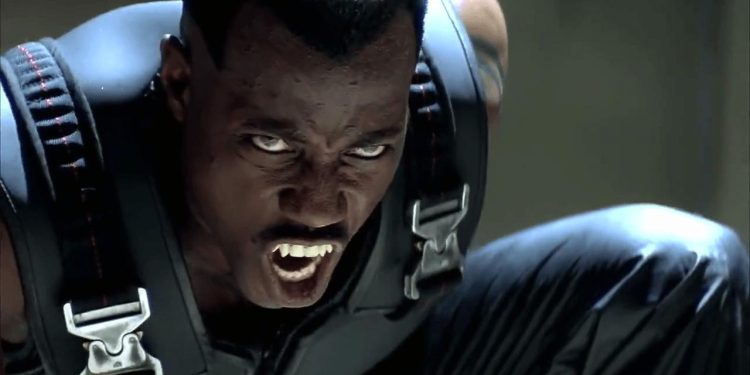 Here’s a fun exercise for you: Flick (or click) through your film library. Pick out your favourite comic book film. Got it? Now pick another one that’s so underrated that your brain can’t even compute how Furious 7 made more money than it. In case you need some more suggestions, here’s a list of four underrated comic book films.

Jim Henson’s Turtles may look a little dated now – although still better looking than those hellish guacamole lookalikes in Michael Bay’s version – but the film was a whole lot of fun and hit the right spots for any fan of the heroes in a half shell. Based more on the kid-friendly animated series than the darker comic book series, Teenage Mutant Ninja Turtles still holds up as an enjoyable film to this day with its cheesy jokes and cowabunga-fuelled combats. Adding even more awesomeness, the film features Sam Rockwell, aka Justin Hammer in Iron Man 2, in one of his earliest roles.

Remember when vampires were scary and nightmarish, instead of sparkly, insipid and blessed with the personality of a ham sandwich? Well, Blade, based on the Marvel character of the same name, was the zenith of vampire films. From the infamous blood rain scene in the club to Wesley Snipes slaughtering more bloodsuckers than my mosquito swatter in summer, Blade was one badass action flick with a lot of bite. Also, the soundtrack was pretty much the best album of 1998.

Was the world ready for Punisher: War Zone? Probably not. However, it’s weird how this film was labelled “excessively violent” and “over-the-top”, yet the film industry praises Quentin Tarantino for making the same sort of films for the past 20 years. Bunch of hypocrites!

Dredd is quite possibly the most gorgeous comic book film ever made. The cinematography was out of this world and the colours looked like they were squeezed out of 2000 AD’s pages. The script and acting were also very, very good – yet, for some strange reason, Dredd never made the big dough at the cinema. Nevertheless, it has gone on to become a cult classic and fans have begged for a sequel. Pretty please?

What other underrated comic book films come to mind? Can you think of any?