Last week Sony dropped a bomb by announcing Spider-Man actor Tom Holland as a younger Nathan Drake in the upcoming Uncharted movie. Now, the actor has revealed his choices to play Sully alongside his character.

For those who haven’t played any of the Uncharted games, Victor “Sully” Sullivan is pretty much Nathan Drake’s partner in crime and a mentor to the young boy. Together they hunt for treasure and fortune, often finding themselves in a lot of danger and trouble. In the game, Sullivan is voiced and motion captured by Richard McGonagle. Although it was reported that Chris Pratt passed on the role to play an older Nathan Drake, in a recent Facebook Live Q&A on Yahoo! Movies for Spider-Man: Homecoming, Holland mentioned that he would love for the actor to play Sully instead:

“I think Jake Gyllenhaal could be really cool. But I actually went to the Jurassic World 2 film set the other day to visit my friend who’s directing it and Chris Pratt is on that film, who I’ve become very good friends with over the last few months. I think he would be a great Sully, I think it could be cool. Because if it was an older movie, I would say that Chris should play Nathan, but I think he would be a cool Sully, and I love working with Chris, so if I could work with Chris some more that would be great.”

When asked about being cast in the film, Holland replied:

“It’s an exciting one, didn’t know much about it. It was a conversation I had with Tom Rothman, about the potential of different movies that I’d like to work with for Sony, and I had the idea that maybe a young Nathan Drake is something that audiences would be very interested in. I met Shawn at the MTV Awards and we had a brief chat about the potential of doing an origin story, rather than copying what the games have done, and it seems like people are really excited about it.” 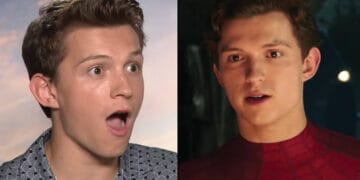 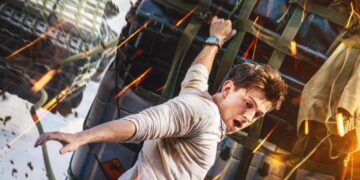