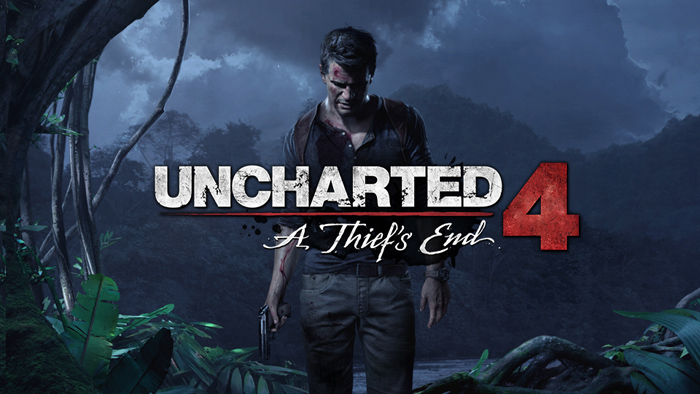 The Uncharted series has taken us on so many adventures throughout the years. We have searched lush jungles for El Dorado, crossed the snow covered mountains looking for Shangri-la and even ventured into the deadly desert hoping to find the lost city of Ubar. Would Uncharted 4 be a fitting end to a greatly respected franchise? Each of the previous Uncharted games took what made their predecessor great and continued building on that legacy. Uncharted 4 is said to be the final chapter of the series that has spanned multiple devices and has garnered numerous awards.

Without spoiling too much of the story, in Uncharted 4: A Thief’s End we find a now-retired Nathan and Elena trying to live a normal life. It is blatantly obvious that Nathan misses the thrill of adventuring, as he tries really hard to hide this from Elena. Their normal life is soon turned upside down when Nathan’s presumed dead brother, Samuel, knocks on their door. These events set in motion a tale of excitement, betrayal, regret and redemption, as Nathan and Samuel set out in search of the legendary pirate Henry Avery’s lost treasure.

Naughty Dog has once again proven that they truly understand narrative and how to successfully weave a tale that grabs you right from the start, and only lets you go once the end credits roll. Creating a great story is one thing, but getting us to actually care about the characters is another. Here Naughty Dog again succeeds in getting us invested in each detail of these characters lives, making us care for this rag-tag team of adventurers.

Great motion capture combined with some of the most detailed facial animation I’ve seen, really brings each character to live. I have always believed that a facial expression can say so much more that words and Naughty Dog clearly understands the subtlety of facial animation. There are moments in the game where little is spoken, but so much is said through the excellent and fine animations.

Interactions between Nathan and the various cast of characters feel surprisingly natural. The way Elena comforts him, Sully cracking a joke at the most inopportune time and even the conversations between Nathan and Sam pushes the narrative and character growth forward. Never is a movement or expression added just for the sake of being there. Each movement and smile has meaning and a reason behind it. For instance, Nathan actually removes his weapon from his back and places it at his side when entering a vehicle. It’s little moments like these that makes the world feel real and believable.

While exploring the diverse environments, characters will strike up conversations and it’s during these intimate moments that we not only learn more about each characters motivation and relationship with Nathan but also more about the lore connected with the adventure. 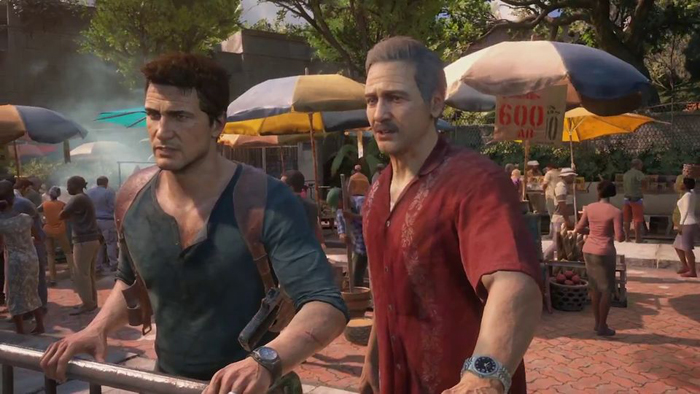 The level of detail that is prevalent in the animations also extends to the world itself. Uncharted 4’s environments are as diverse as they are breathtaking, from lush jungles to rocky cliffs and even busy markets; each area has a level of detail rarely seen in games.

Naughty Dog can be commended on how they are able to make the same environment feel unique and different through weather affects, lighting and changing the color grading. Environments also tend to be more open and less restricted than the previous in Uncharted games. These open environments beckon you to explore them, should you decide to heed the call you might find lost letters and hidden treasures to collect.

Uncharted 4 doesn’t hold your hand when it comes to exploring its beautifully crafted levels. Naughty Dog uses nuanced methods to lead you where they want you to go, without the player feeling like they are being lead. The smart way in which they use the camera, lighting, color and eye-catching focus points to pull the player in a specific direction is something that I wish more developers would learn from. I had moments where I did find myself getting lost, but luckily Uncharted 4 always has a way to lead you back on the correct path. Uncharted 4’s vistas are breathtaking and the way in which Naughty Dog uses the camera to frame these makes them look even more spectacular. There were many moments where I just had to take a breather and enjoy the beauty of these environments. Each area Nathan explores is intricately and cleverly designed.  With traversal always being an important part of Uncharted, Uncharted 4 has now made it even more fun and fast passed to move through these environments with the use of the grappling hook, which allows Nathan to pull off some very impressive stunts (although it can only be used on certain spots). There were moments when Nathan’s climbing abilities failed me, or where he decided to jump where I didn’t want him to, causing my unplanned death. I never found these moments too distracting or frustrating as they never detracted from the over-all experience. Not only is the grappling hook used in exploration, but it comes quite handy when Nathan is under fire. Combat is once again a joy, character movement from cover to cover feels fluid. However, cover no longer offers a permanent safe spot from where enemies can be picked off one by one, as they now tend to flank you with every chance they get. Cover is also destructible which means that the wooden crate that offered you sanctuary in previous games will now only absorb a limited amount of bullets. This is where the grappling hook comes in handy as Nathan can use it to not only speedily traverse the environments, but also flank enemies quickly and effectively. I did experience missing my intended cover on a few occasions, as Nathan seemed set on dying, yet these moments were few and far between. If shooting and killing isn’t your cup of tea, then don’t despair as Uncharted 4 actually encourages players to try and be stealthy. Nathan can now hide in tall vegetation and sneak by enemies or discreetly take them out one by one. He is also able to tag enemies making it easier to track their movement.

If there is one thing the Uncharted series is known for it is its set pieces, and Uncharted 4 doesn’t disappoint. There are tense escapes through busy markets, thrilling boat chases in deadly storms and exhilarating gunfights on the sides of cliffs.
These moments of adrenaline pumping action punctuate the quieter puzzle solving sections of the game and create a rhythm and pacing that just works and feels perfect. Herein lies one of the game’s greatest achievements. It is really difficult for a game to grab a player’s attention and keep it for the whole duration of the game, but the way in which Uncharted perfectly balances, cinematic moments, with puzzle sections and heart-pounding action, is something special. I never found myself getting tired of a specific section or wishing I could skip a specific cinematic moment. If anything I wasn’t able to put the game down until I had witnessed the end credits roll. Multiplayer has all the staples that one would expect, such as team death match and zone control. Uncharted 4 aims to mix things up using mystical artifacts that give players special abilities. These artifacts are items that would be familiar to those that have played the previous Uncharted games. These include the Cintamani stone that can revive your fallen team mates, El Dorado that summons evil spirits that attack your opponents when they come to close and the Djinn that lets you teleport short distances. Players also earn gold through kills and revives. The gold can be used to purchase artifacts as well as help in the form of A.I controlled sidekicks. These sidekicks include a sniper, medic and Brute (big guy, bigger gun). Overall the Uncharted 4 multiplayer is a blast, thanks to its smooth cover based combat and fast paced traversal mechanics.

With Uncharted 4: A Thief’s End, Naughty Dog has produced a game that perfectly blends, a great narrative, explosive combat, intricate puzzles, and breathtaking environments, to create an experience that will stay with you long after the end credits roll. I believe that no game is truly perfect, but Naughty Dog has created a game that is as close as one can get to perfection. I found myself emotionally invested in the game from the moment I heard Nathan’s familiar voice up until the end. Uncharted 4 had me experiencing a flood of mixed emotions.

It was great to see Nathan and the team go out on one last adventure, but it was sad knowing that a franchise I have loved since first stepping foot in the jungles of South America was coming to an end.

Uncharted 4 is a fitting end to a respected and much-loved series and has proven to us that greatness can come from small beginnings.