The Taskmaster is back, and this time it’s going to take Squirrel Girl and all of the Avengers to stop him! But wait… who cares about that? 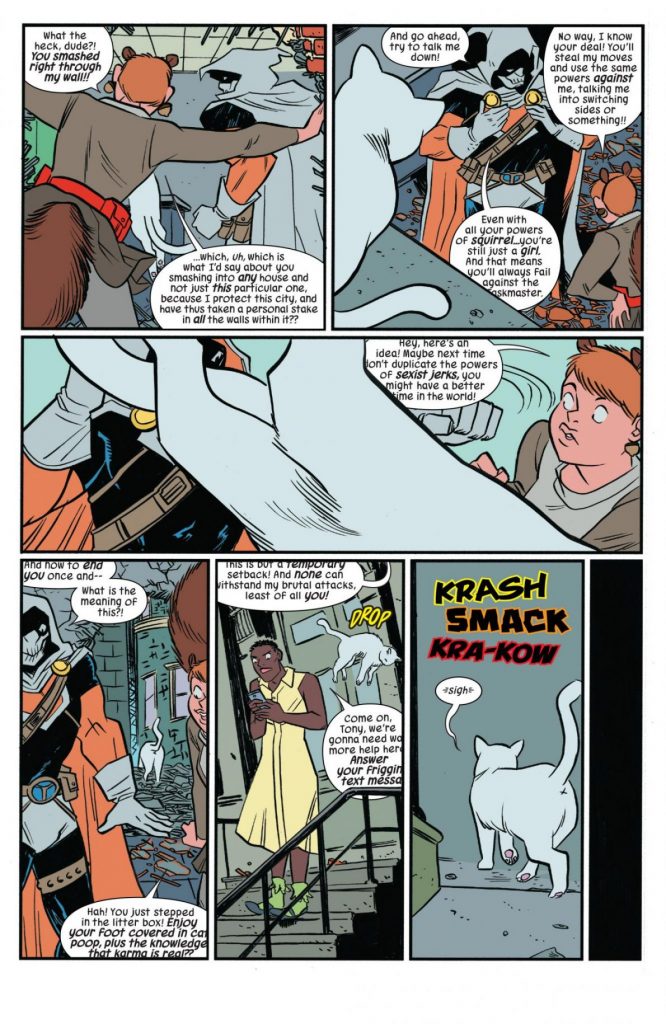 We’ve seen Taskmaster before and he’s a pretty lame character most of the time. We’ve seen fight scenes too, so who needs another? So instead let’s take a look at Mew, Nancy’s cat. Seriously. Cats lead pretty amazing lives and, while they may not be squirrels, they’re still pretty darn interesting. That’s why this whole issue revolves around a day in the life of Mew, which just happens to be the day Taskmaster fights Squirrel Girl and the Avengers. While the fight rages on in the background, Mew dreams of inventing a perpetual motion machine and bonds with a dog over pizza.

Let me say this really slowly for you: THIS… IS… BRILLIANT! 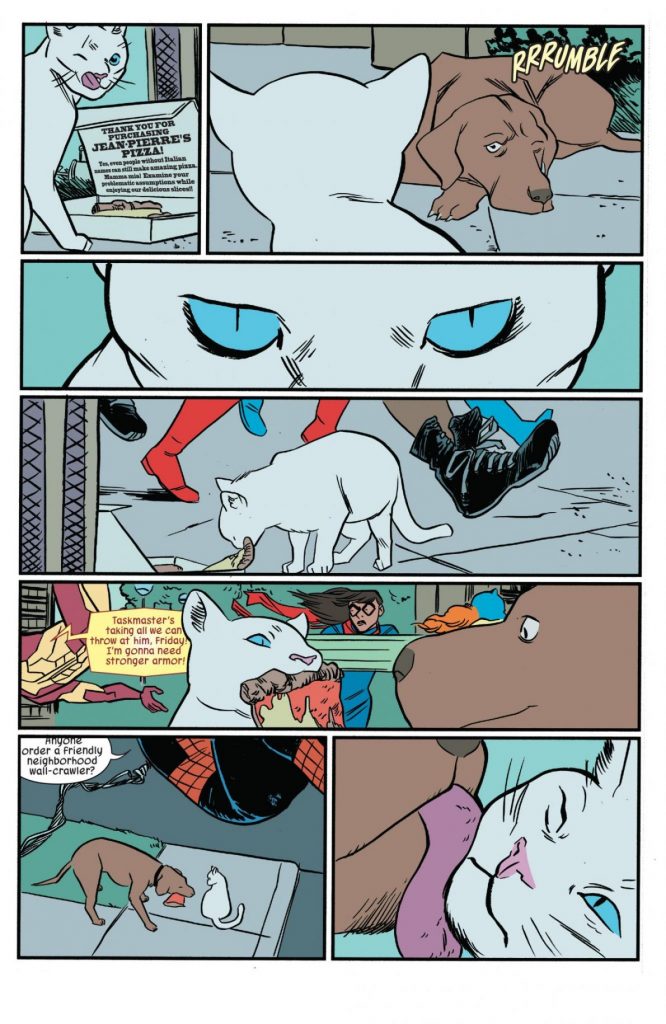 Squirrel Girl continues to push the boundaries of fun and weirdness in all the right ways, and this is another example of how amazing a title this is. Forget the dialogue, which is playfully pushed out of the panels or overlapped by more important things. In Mew’s world, those words aren’t important. The art, while simple, is so effective at getting the message across that it’s astonishing and the change of artist and style during the dream sequences feels right.

And that’s what makes it work. It all feels so right. It’s quirky, creative, original, hilarious… if it were any more fun, it would be illegal. As this year draws to a close, this gem proves that The Unbeatable Squirrel Girl is easily one of the best comic books of the year. Or, in my opinion, it IS the best comic book of the year.

So what do you want, a written invitation? There’s a great book out there and it’s waiting for you to read it! There’s no need to stand on formality! Go out and buy your copy today!