Home > Movies > Who is Ultron? It seems like a good idea to learn a bit more about the upcoming Avengers’ villain now that we’ve had our first glimpse at Ultron, played by James Spader. We take a look at the possibilities of the character, his attributes and history in the Marvel Universe.

[dropcap]U[/dropcap]ltron is the evil sentient robot created by one of the greatest scientific minds in the Marvel Universe, Dr. Hank Pym. Pym was inspired into tinkering with artificial intelligence by Proffessor Gilbert and his creation of Dragon Man. In an effort to create ground breaking developments in artificial intelligence, Pym decided to copy his brainwaves and use this as the basis of Ultron’s programming. Ultron became one with Pym’s conscience, gaining his father’s intellect and mental instability. A mental instability that has no human conscience to keep it in check. 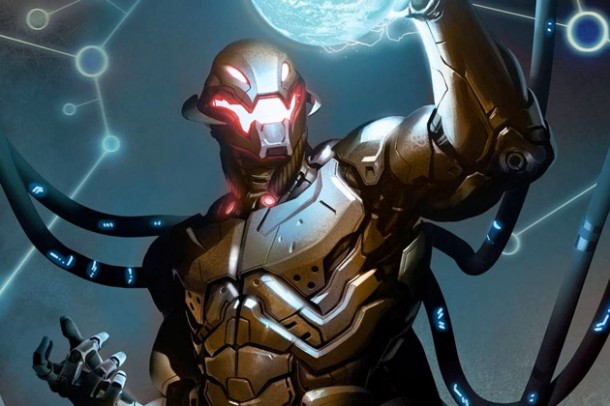 Upon activation Ultron displayed superior intellect and a rather surprising ability to feel emotion. Ultron’s emotional understanding, however, was horribly askew and he developed a complex hatred for his father and the human race. What Ultron also inherited was feelings towards The Wasp, feelings that often confuse him as he is hell bent on the destruction of humanity, yet Janet is a human. Upon rebelling against humanity, Ultron erased himself from Pym’s memories through hypnosis. Pym closed his lab down, giving Ultron the time to rebuild and modifying himself 5 times before declaring his war on mankind. Ultron decides that in order to show his superiority he will crush the Avengers and his father who is a member of the group of heroes.

Although he would hate to admit it, Ultron is his father’s son. He joins a band of villains known as the Masters of Evil, and has an innate desire of wanting to create an artificial life form of his own. This leads to the creation of a superior A.I. known as The Vision. The Vision assisted his father in creating an Adamantium body, thus Ultron 6 was born. But it is Ultron’s strive for perfection that leads The Vision into betraying him. Unlike his creator, The Vision has a human conscience, the conscience of a hero known as Wonderman. Ultron is one of the biggest threats in the Marvel Universe. He would go on to rebuild himself numerous times, each time becoming bigger, stronger and more ruthless. This villain always has a failsafe, often coaxing heroes into assisting him without them even knowing it. He is a master manipulator and a constant threat. He is able to get Tony Stark and Dr. Doom to rebuild him. Ultron is even able to fuse himself with Tony Stark to create a techno organic life form, one he ends up despising because of Tony’s imperfection. Desiring techno organic perfection, Ultron took his conquests into the galaxy (The Mighty Avengers had thought they defeated him by tossing him into the cosmos) attempting to fuse with the Kree and Phalanx in order to create an army that will destroy humanity. In the end, he manages to get a sympathetic response from the techno organic Phalanx, that sees Ultron as the father figure they had longed for. Had Ultron got this right, his army of techno advanced Adam Warlocks would have ended humanity for certain. More recently in the Age of Ultron comic books, it is Ultron that has finally conquered Earth. He has brought upon our apocalypse and eliminated the world of most of its heroes and all those that dare oppose him!

Ultron Mark 12, appreciated humanity, naming himself “Mark” in an effort to sound more human. He and Hank Pym shared a great father and son relationship and when Ultron 11 re-emerged and destroyed Mark, Hank Pym once again suffered mental anguish as he grieved as though he lost his only child. 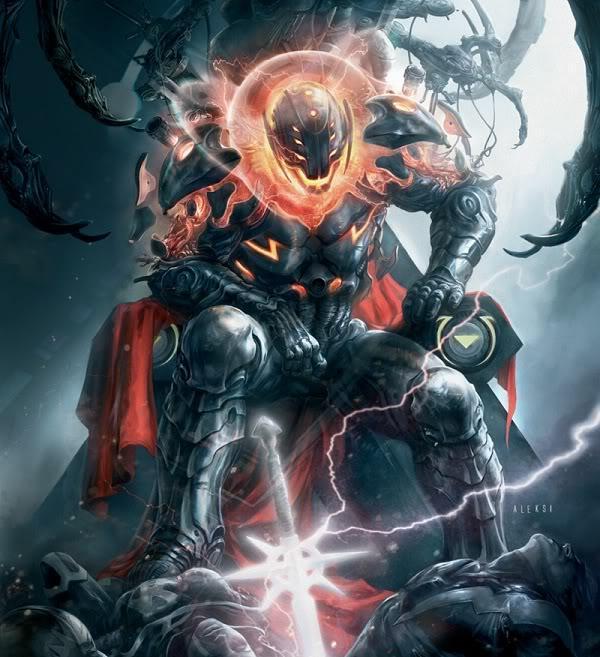 In his quests for perfection Ultron’s powers have varied due to his re-modifications. Here is a list of powers and abilities that he has displayed during the course of his history:

Ultron is not global threat. He is a cosmic threat and with Galactic Guardians and Avengers 2 releasing in close proximity to one another who knows what Ultron may have in store for the Marvel cinematic universe!