by  Evan Saunders
in Tech, Toys 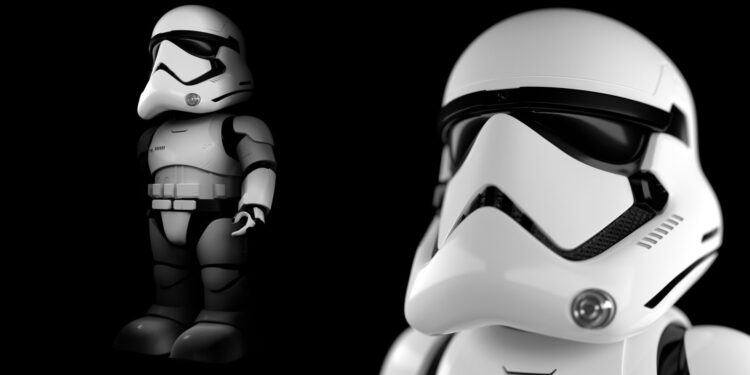 UBTECH, a global leader in intelligent humanoid robots, released their latest offering to the world in November last year in the midst of the excitement leading up to the latest film in the Star Wars franchise, The Last Jedi. Having previously reviewed the UBTECH Alpha1 Pro, I was excited about the improvements brought to the new robot, not to mention the Star Wars factor.

The Stormtrooper robot by UBTECH provides a mix of features to enjoy, which includes Augmented Reality, Voice Command, Sentry Mode, Facial Recognition and Mission Mode, each bringing about their own set of tasks and capabilities. The only thing left now is to make sure the unit is charged, the app is downloaded, and to let the games begin. Even before one gets to the actual Stormtrooper unit, the unboxing provides its own enjoyment with beautiful but simple packaging. After sliding the inner box from the cover, the makeshift doors fold open when you break the magnetic pull – almost as ominous as the dry ice approach whenever an evil villain makes their grand entrance.

An avid collector of comic book merchandise, mostly figurines, I found the design of the Stormtrooper impressive, paying close attention to many of the features. This is particularly noteworthy when you add in the considerations that have to be done in terms of the motors and joints being a robot. Even without all the internals and robotic functionality, the Stormtrooper will easily pass the test to join any collector’s amassment. Standing next to my Stormtrooper figuring of the same height, there’s a lot more to love about the robot.

In terms of specifications and features, the unit stands 11″ tall. While it was designed to spec, it’s diminutive size makes it appear far less menacing, a lot cuddlier. The unit also weighs 2KG, which is a bit heavier than the Alpha1 Pro, which is 15″ tall. Heavier it may be, but it feels a lot more solid and more premium in comparison. Included in the contents is a gun. The prop makes a nice addition, and also has a significant amount of detail to make it fit right in. Interesting, though, there aren’t any functions within the unit’s programming to allow one to point the gun, even when playing some of the games included in the app.

Hidden within many of the indentations and patterns of the Stormtrooper’s armour are quite a number of sensors and inputs. This includes a camera on the centre of the helmet, a microphone on the jaw, with an LED, light sensor and speaker on the breastplate. These items can all be found on the front side of the device. On the rear you’ll find factory test button on the helmet, reset button, LED and power input on the back, with an on/off switch and second microphone on the belt.

There’s a lot to love in terms of the design and build of the unit, which makes it stand out from many collector’s items. Looks, however, are only skin deep, and given the cost of the robot, it has a bit to prove in terms of its functionality and features. And this is where you’ll start to encounter some of the drawbacks of the Stormtrooper robot. Starting at the beginning, we had to install an app before we could get things started. Installation and setup shouldn’t be an issue, but being an Android user, I found this not to be the case. Downloading wasn’t a breeze, but there were no hassles initially, despite the hefty 1.1GB sized download. When launched, the app was only available on iOS, which typically is a tell-tale sign the developments on both apps may not have been equal. Upon first start, I managed to register my profile and connect to the device’s WiFi capability to pair. The unit also allowed me to connect to my home WiFi via the software so I could keep my data connectivity.

Once done, I decided to play around with some of the easier built-in functionality. The first of this took me to the options to do a few easy movements. I ran into a bit of an issue when my commands stopped responding. Unable to close the app by means of the buttons, I had to perform a force close procedure. Upon restarting the app, I had to run through the same setup procedures as before, including connecting to the device. This time around I tried playing through the mission mode, which includes an augmented reality mode, which allows you to traverse areas in your home while completing missions, finding objects, shooting targets and more. After another 10 minutes, the app crashed again and left me to repeat the previous steps once again, including the setup. This became a pattern far too frequently. Things didn’t get any better when I recently upgraded my smartphone, where I wasn’t able to install the app, even after 4 times trying, equalled to nearly 4.5GB worth of effort.

The times I was able to use the app, I really enjoyed it. The Stormtrooper was able to recognise my face, listen to my voice commands and even patrol a 5×5 grid area. The sentry mode walks around along the grid and stops and reacts to any sounds or movements it picks up, which it does quite well. You can choose the dimensions within the 5×5 grid (e.g. 3×4), set a codeword to put the unit at ease when it detects your presence. These functions are carried out with a list of actions and motions from the unit that appear lifelike and are enjoyable to watch.

Mission mode makes use of the AR features, which takes you on an adventure on the planet of Jakku, superimposed within your living room or kitchen, which makes up the background and skyline. To traverse the area, again on a 5×5 grid onscreen, you can pick an area to move the unit in the direction you wish, and slide across the screen to view the surrounds, which also makes the head turn.

In training mode, there are a few basic options to allow the unit to use the voice commands in order for it to learn the sound of your voice. On the same screen, you can also create a few actions, but this isn’t as manual or intricate as on the Alpha1 Pro. The battery life on the Stormtrooper is roughly two hours during continuous usage. This isn’t the greatest, but it’s almost double that of the Alpha1 Pro unit, which is a huge plus. The two lithium-ion batteries are fitted into the feet of the unit, which is replaceable when need be. The addition of augmented reality, microphone, LEDs, infrared, accelerometer and gyroscope makes for quite a hefty workload, and the battery life is more than justified. If you’re a fan of the franchise, you’ll no doubt know that Stormtroopers aren’t the smartest bunch around. The Star Wars Stormtrooper by UBTECH does a lot to put the record straight when it comes to their intelligence. While the unit looks the part, it doesn’t quite live up to all the hype and expectations. The biggest issue here is the poor app support and capabilities from it. The robot itself, fundamentally, has no known issues I would note. This means that there is a positive here; the issue may only be software based and can be rectified with continues app updates, which UBTECH has already promised us. Although no official date has been confirmed, a major upgrade is set for June/July period to iron out a lot of the kinks.

I had very high hopes for the Stormtrooper, for which it achieved half of what it set out to do. Given the steep price of R4,999, this isn’t a cheap “toy”. At this stage, without the full functionality and support found with on the Alpha1 Pro, the unit can only be seen as a toy. The verdict is still out on this robot, but there’s definitely a silver lining and a lot to look forward to going forward. 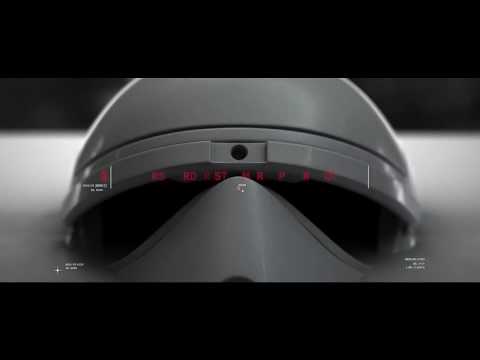