Twin Peaks: The Return Review (Episode 12) – Something Happened To Me And I Don’t Feel Good! 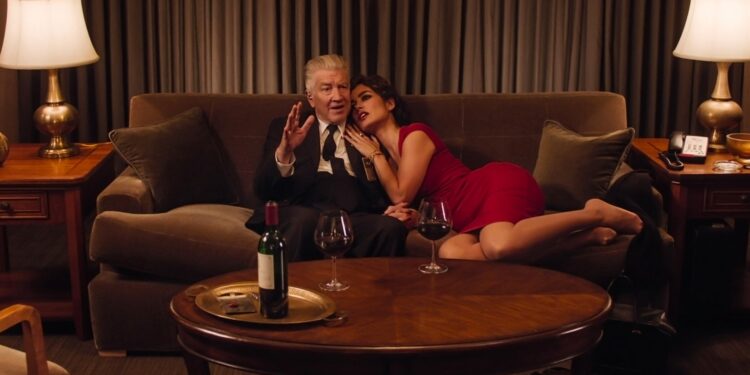 For some, the latest episode is summed up by Diane’s quote to the FBI’s finest, Gordon and Albert, when she states “Let’s rock!” It’s a phrase which has been used a few times throughout the history of Twin Peaks, and (much like the show itself) it never quite means what it seems to mean. Once again it’s a call to action, and once again it’s dubious because the most action delivered by Gordon and Albert is when they spend several minutes watching a woman put on her shoes and leave a room. Twin Peaks: The Return may rock, but the events in it prefer to sway gently – and that’s just fine. This is a show where patience is key. In an effort to explain the bizarre case they now find themselves confronted with, Gordon and Albert bring Tammy in on what the Blue Rose means and discuss the FBI’s continuing interest in cases of the paranormal. In Twin Peaks, Sarah Palmer has a nervous breakdown over turkey jerky in a bottle store and Doc Jacoby continues his quest to free America from crooked politicians by selling his golden shovels. Ben Horne reminisces about a bicycle he had in his childhood, Jerry may have cut off his foot which no longer belongs to him, and Audrey Horne tries to locate Billy. Meanwhile, in Vegas, Dougie/Cooper plays a game of catch…

The best way of summing up Twin Peaks goes to the return of Sarah Palmer. “Something is happening to me,” she proclaims in mid-freakout, “and I don’t feel good!” Nor should she. Sarah’s always been one of the more abnormal-normals in the show, with her visions and omens of the darkness lurking in Twin Peaks, and she can see what’s coming even if she doesn’t understand it.

Which is fine too, because that’s how many fans feel about this show too. Something is happening, and we don’t feel good about it because we’re instinctively dreading it. Episode 12 continues the trend of Twin Peaks: The Return becoming… Twin Peaks again. For instance, the political statements and fourth wall-breaking rants of Doctor “Amp” Jacoby, critiques and parodies the state of the nation, the show, the director and the viewers. Dougie/Coop’s non-interactive game of catch is a comedic highlight of simplicity. Ben Horne’s bicycle story is sad and poignant, while Carl – already confronting mortality – is happy to pay a man for a hard day’s work instead of having the man sell his blood for money. It plays on emotions, not logic, as Twin Peaks always has.

Then, of course, there’s the long-awaited return of Audrey Horne. Crashing in without warning, complaining about how she’s just supposed to wait for the phone to ring before doing anything, it’s the perfect entrance for her. And for fans who ever wished they’d hooked up with her… be thankful you didn’t, because you’d have been subjected to the sort of venomous verbal abuse she dishes out in this episode.

As usual, it’s another mystifying episode which teaches viewers that maybe yellow lights should mean slow down instead of speed up. Moving at its own pace, it can be frustrating for some but the rewards are definitely worth it.