In Twin Peaks terms, this is the most action-packed episode yet. Which, obviously, means that you’re given a very nice scene of two men eating bran flakes. But don’t let that fool you, episode 11 is one where the rubber hits the road. The plot threads start coming together and, by this stage, just about every viewer out there will grasp the significance of all the events which are unfolding. 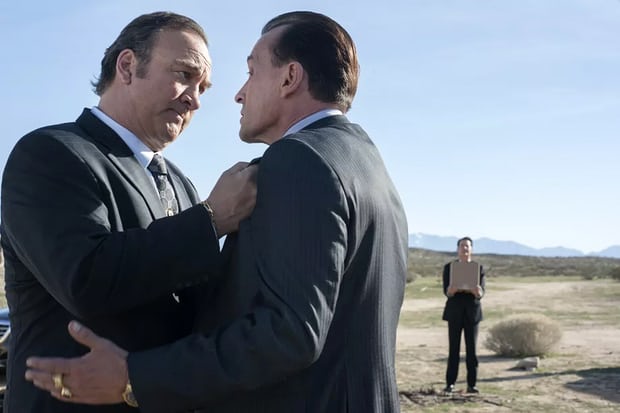 In Buckhorn, South Dakota, FBI head honcho Gordon Cole continues the investigation of the Ruth Davenport case. Since it’s involved decapitation, the swapping of victims’ body parts, the return of a man who died 25 years ago and an apparent dimensional breach, it’s only natural. However, a vortex opening up in the sky and the appearance of the shadowy Woodsmen lead to a mind-blowing murder. Meanwhile, Shelly gets carjacked by her rampaging daughter Becky, and a drive-by shooting at the Double R Diner both prove to be more than meets the eye.

As for Coop/Dougie, living his life on zen-powered autopilot in Las Vegas, a meeting with the mob bosses who want him dead goes a little differently than anybody could have expected…

The murder investigation may not make sense in any logical capacity, but this is a show which asks viewers to stretch their understanding of the world. We may not know where the Woodsman come from, but we can’t help but accept their existence and fear them. In much the same way, Coop/Dougie’s life is saved by a combination of blissful ignorance on the one hand and a willingness to believe in the impossible on the other. Sometimes all it takes is a leap of faith. 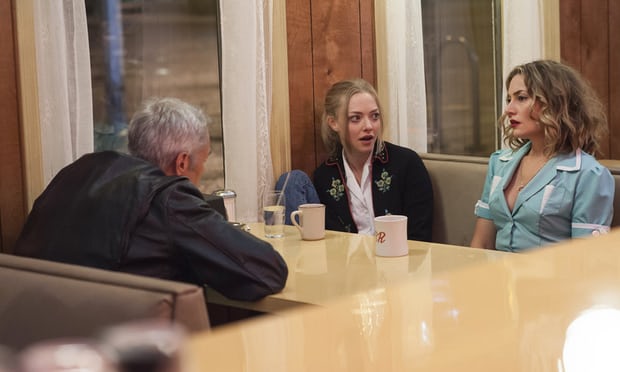 By contrast, the sad tale of Shelly, Bobby and Becky is one of faith gone wrong. Becky’s rampage results in her mother getting hurt and some maniacal gunplay because Becky wants to kill her husband. The end result? Circles within circles, as Becky later defends her loser husband when he’s criticised, willing to give him just one more chance… again. For her parents Shelly and Bobby, who fans know had a similar history of betrayal, gunplay and larceny in their youth, it’s the sins of the parents being visited on their child and all they can do is watch with dismay. For Bobby, that point is driven home even harder when he confronts an irresponsible father and son.

Beyond that, with each episode the show becomes closer to the original Twin Peaks, making the title for the show The Return incredibly accurate. We’re being led on a crazy, brilliant, original roller-coaster journey back to the place we remember. It may not make sense but it doesn’t have to. You just have to believe that it does, and it works.