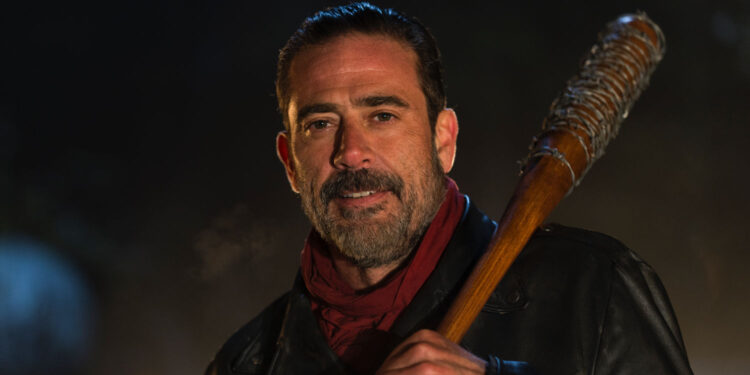 There are many reasons audiences fall in love with TV villains. Perhaps it’s the way they live their lives – taking what they want no matter the consequences. Or maybe it’s the way they set clever traps to capture our heroes. Then again, it might just be for the simple reason that they come across as badasses. Either way, a great villain has the amazing ability to keep you interested and invested in their crazy schemes. You might even end up rooting for them. Here is a list of small-screen baddies that everyone loves.

1. Stefano DiMera (Days Of Our Lives) Stefano DiMera was a badass before most of us even knew what a badass was. We can all shamefully admit to watching a few episodes of Days Of Our Lives to see this evil genius at work. There was a time when mums from around the world hijacked the TV to tune in and see what Stefano DiMera was up to. Whether he was summoning demons to possess Marlena or causing all sorts of love quarrels, Stefano was the man. He made a character who wasn’t supposed to be likeable, really lovable and memorable. Plus, the guy was resurrected and killed off so much, it was hard not to be impressed. While we all openly confess our hate for Negan, the truth is that he adds a lot of excitement to The Walking Dead. Somehow he manages to be cruel, honest, charming and oddly entertaining at the same time. Look deep down inside yourself and you’ll discover that there probably a tiny piece that actually likes him. And who doesn’t love Jeffrey Dean Morgan? In Luther, Alice Morgan is a sociopath who gets away with murder. Despite all this, her obsession with Luther leads her to help him solve crimes. As the seasons progressed fans grew more and more attached to Alice and her twisted ways. This is primarily because we all believe that deep down beyond her cold exterior, she is actually a good person. While Daredevil might have been the hero of the series, many fans felt more connected to Wilson Fisk than Matt Murdock. And that takes some doing. It’s probably mostly due to the acting chops of Vincent D’Onofrio who makes the character more than the average bad guy. Fisk has feelings and emotions that make his transcendence into villain incredibly sad and moving. His popularity saw him return in Season 2. There is probably something very wrong with a society that celebrates when a serial killer eats and cooks his victims in weird and wonderful ways. Mads Mikkelsen was born to play the psychopath and makes the character so interesting. Plus, he taught us so much about being sophisticated. We loved watching Hannibal get away with murder. His trickery with police was awesome to watch. The doctor is probably one of the scariest villains we’d all love to meet. “Hellooooo, Newman.” Sitcoms rarely have villains, but Seinfeld did. Newman, Jerry Seinfeld’s postman who refused to deliver mail in the rain, had all the characteristics of a villain. The two had a feud that didn’t need a backstory. We hated and loved Newman just because he was Newman. Although T-Bag’s despicable character is designed for you to hate him, there is something remarkably charming about this prison rapist. Somehow Robert Knepper has managed to make audiences forgive his character over and over again. By the end of the third season, T-Bag has become someone we don’t want to see die. His humour and his weird personality somehow makes Prison Break that more interesting. There is something very wrong with a Superman show where fans are more in love with bald-headed baddie Lex Luthor than Clark Kent. Yet, that’s exactly what happened with Smallville. Most people couldn’t keep their eyes off Michael Rosenbaum. His Lex oozed coolness and was often the highlight of certain episodes. Even when he did unspeakable acts, like kill his father, we all had a soft spot for Lex.