TunesKit Music Converter for Spotify Review – Really Easy to Use 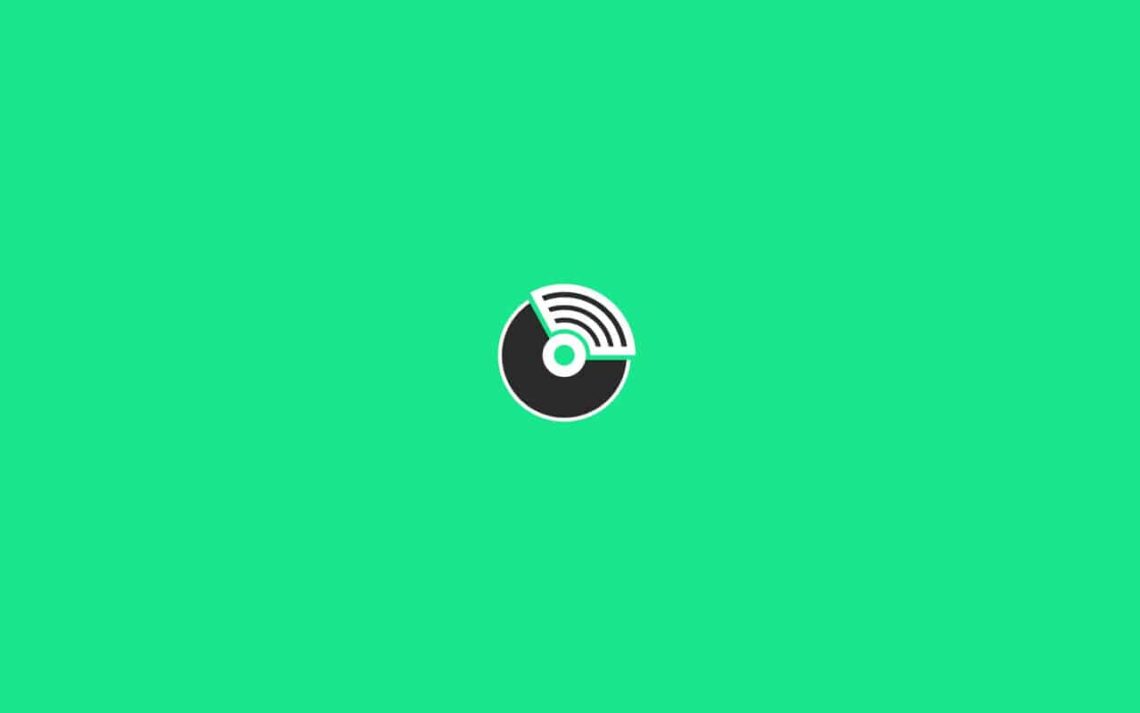 There are many music streaming services globally, each of which has its own appeal – from appearance, artists featured or even specific to their operating systems. If you’re using multiple operating systems, you may find yourself using multiple sources for your music streaming needs. There are some applications that span easily across these different platforms and in some instances it may require a new licence. The majority of these also require an Internet connection to access with limited support for offline use when it comes to spanning all your devices. Spotify today is one of the leading music streaming services around the globe with an estimated 200+ million monthly active users. The service is also one that is available to download on multiple platform and devices, but it has limitations. This is where third-party applications come into play. TunesKit Music Converter for Spotify is one such software application that makes it easy to download your playlists for offline use.

TunesKit Music Converter for Spotify (TunesKit) is a software package that has been around for quite some time. It’s one of the leading software suites that allow users to download their Spotify playlists directly to your PC, whether it be Windows or Mac OS. Installation is very straight-forward, with the only real decision that’s needed to be made is the where to install the program, which you can just leave as default. 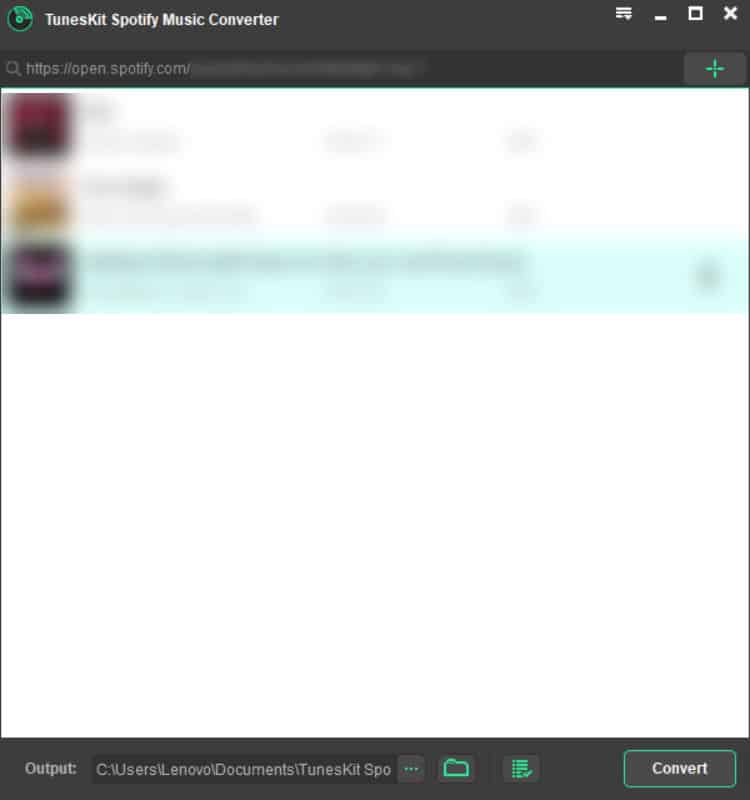 Learning how to use the software is almost as easy. The UI makes it easy to overcome any learning curve if there is any. Upon opening the software for the first time, the UI is fairly empty, with only a few options to choose from. Users will be prompted to install the Spotify application on their PCs if they haven’t already. If Spotify is already installed, it automatically opens whenever TunesKit is running, both of which open within seconds. When you close TunesKit, Spotify itself also closes. The software won’t work without having Spotify installed, which is a key takeaway, even while you have access to the service via your Web browser. Interestingly, you don’t need to be logged in to Spotify for it to work, which means the TunesKit software is only pulling the information from the application, such as the META information, rather than using it for the downloads itself.

From the top of UI, there is a ‘burger menu’ within the Windows taskbar, next to the standard minimise, expand and close buttons. Once selected, users are able to adjust the software settings, which I’ll touch on further below. Below that, there is a text bar where users can input the directory of their playlist into in order for the software to know where to get the information from. You can either copy this link directly from the Spotify app or via your browser, but TunesKit makes this step even simpler by allowing users to drag and drop their playlists from Spotify into the UI and it automatically converts it into a usable URL. In the centre of the tool, you’ll notice a large, open area, which will fill once you’ve copied your playlist into the software. The information displayed here features the song or album cover, the artist and name of the song. Further to the right additional information is displayed, such as the length of the song and then the format the user has chosen to convert to when saved. (More on this later). The space to the far right is used to display the conversion percentage once you’ve selected to start the process. 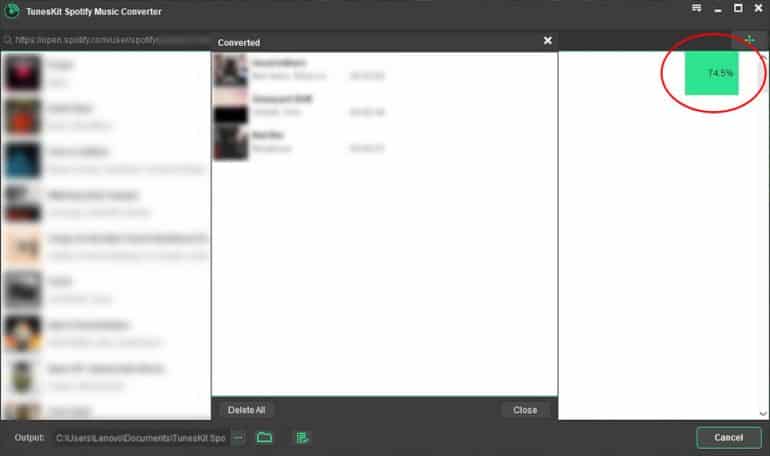 At the bottom of the UI, there is another toolbar, which displays where the files will be saved (as a base folder), as well as the buttons to select those folders. And finally, there’s the convert button. This is pretty much self-explanatory, which starts the whole conversion process once you’ve selected the settings you want.

The Settings menu is also very simple, as with the rest of the software. The General tab simply displays your software licence information, or if you’re using a trial version, it will have links to purchasing the full software to unlock. Using the trial, users are limited to converting only one minute per song. On the Convert tab, here you’re able to choose the audio format and other settings related to the conversion. The audio formats include MP3, M4A, M4B, AAC, WAV and FLAC, each with their own settings. Other settings include the Sample Rate, Channels and Bit Rate. You can choose to store the music sorted by Artist, Album or none. This doesn’t really help much when it comes to sorting your playlist, as it doesn’t keep that information when copied across. This is one of the only negatives of the software. 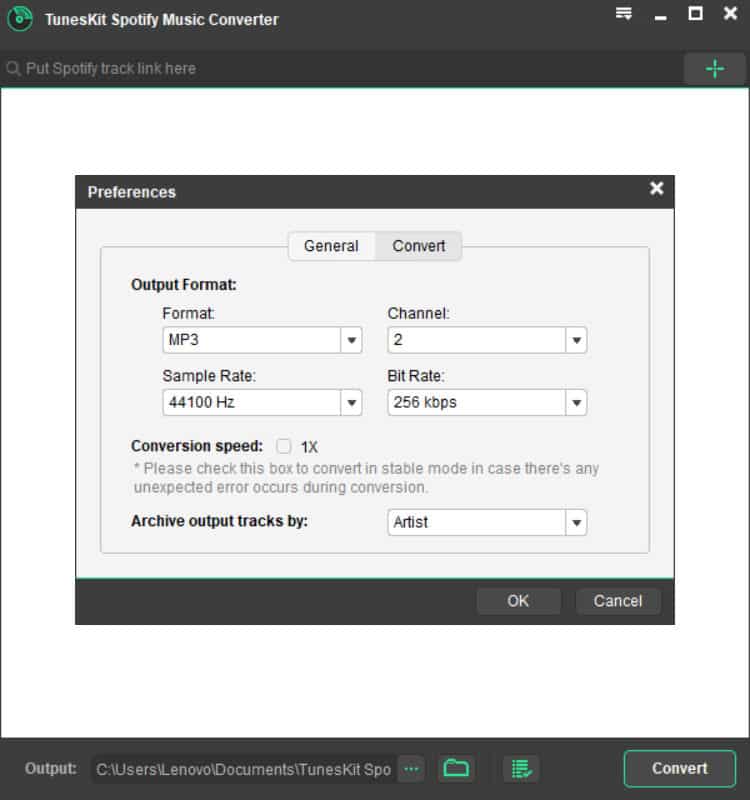 The whole process, from installation, to set up and conversion is fairly quick. Each song takes anywhere between 10 and 30 seconds to convert and save onto your PC, depending on the song length. You can download the software, install it, set it up and download a complete playlist within five minutes. It’s that simple to use and quick to convert, irrespective of your audio format. Overall, the TunesKit Music Converter for Spotify is a really good conversion tool, making it easy for all users to get their music playlists offline for later use. You can download the trial or purchase the full software via the online store.