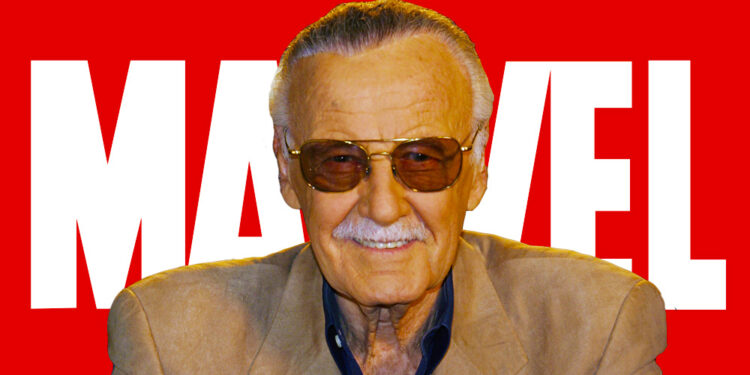 Over the last two weeks, three big stories broke which involved comic book legend Stan “The Man” Lee. One, sadly, was the tragic loss of his beloved wife Joan. A woman who was instrumental in making Marvel Comics what it is today, Joan was Stan’s personal superhero and the two loved each other dearly. Another involved Stan being honoured at the TCL Chinese Theatre, where he imprinted his hands and feet in concrete. The third story, which instantly did the rounds on various comic book sites, was about how a long-lost interview with Stan Lee from 1977 has surfaced, which reveals that he’d been “trolling” DC Comics “for decades”.

Based on the click-bait headlines of those sites, the assumption was that 1977 Stan insulted, mocked and taunted DC, and has always hated them. The more sites that picked up on this story, the more each put a spin on it in their rewrites, deliberately making Lee sound worse. One site described his “disgust” at DC, while many made mention of the “furious and bitter” hatred between Marvel and DC which has existed over the years like an East Coast vs. West Coast rap rivalry.

However, the only real story is that the old interview itself was found. The contents of it aren’t a story at all. There was nothing shocking about anything mentioned in the interview itself. It was just a typically amusing Stan Lee interview, albeit one where he had more hair than he does now. Does Lee talk about DC? Sure, he mentions them. Briefly. Here’s a rough synopsis:

He tells the story of how, when Marvel started outselling DC, DC’s management team allegedly held meetings and would question what Marvel was doing differently to boost their sales, and if it was because of the covers. DC would then allegedly try to imitate what Marvel did with the covers, whether it was in terms of colour schemes or dialogue used. Upon learning this, Marvel would then respond by changing what they were doing on their covers. Allegedly, DC’s management would then become frustrated.

Lee then talks about how the sales differences had nothing to do with the covers, but rather with the creators and management system of the two companies, and that Marvel was more professional but also had more fun. Basically, Marvel connected with their readers better. He also says that the competition is “miserable”, although like with the entire rest of the conversation he says it with a playful chuckle – a clear indication that he’s joking.

Anyone who knows of Stan Lee knows that most of what he says isn’t to be taken too seriously. He constantly makes self-deprecating jokes, humblebragging one minute that he’s a superior human being, the next pointing out that he’s a hack writer who isn’t worthy of any praise at all. He says that Marvel superheroes are to be taken seriously but also calls them the long underwear brigade. In the interview, he clarifies that being the head writer doesn’t mean that he writes about heads because it’s a silly throwaway gag. He might say important things, but he also peppers every story with a sense of humour.

But here’s what really makes this “shocking” interview not very shocking at all: This isn’t the only time he’s told this story. In fact, he’s said it almost word-for-word the same!

Watch 2002’s Stan Lee’s Mutants, Monsters & Marvels DVD interview with Kevin Smith, the chapter titled DC/Marvel: Friendly Rivalry to be specific. Lee tells exactly the same story as he did in 1977 about DC allegedly emulating Marvel’s covers, their management’s response when he would change the format of Marvel’s covers in turn, and why the sales differences had nothing to do with covers at all. This isn’t some deep, dark secret about Stan Lee’s past which has only just come to light, as some sites would have you believe, and it certainly isn’t news. It’s been out there in the open for years. More than that, in that interview he also explains the supposed DC/Marvel rivalry – which is almost entirely fake – and how it was hyped up by both companies just to get the readers more involved. Was there business competition between the two companies? Yes, creatively it was generally a friendly competition at most. Over the years the rivalry hype has worked, perhaps a little too well. It’s sad to see so that so many comic book websites have bought into it, or that if they’re aware of the truth then they instead feel the need to perpetuate that supposed rivalry, using click-bait tactics to generate hits.

Meanwhile, as Lee has pointed out in various interviews over the years, when he was editor at Timely/Marvel he would regularly meet up with National/DC’s editorial director (and later publisher) Carmine Infantino for meals and drinks, while the creators from both companies would often meet socially too.

“Everyone thought DC and Marvel were having a big feud, but we were basically good friends. Every so often at night, or on a Friday, Carmine and I would head to The Friar Tuck and bring along writers and artists.” – Stan Lee, New York Business Journal interview, 2015

Granted, Lee isn’t perfect. Far from it. Over his many years in the business, he’s made decisions and mistakes which have led to hostility with other creators. But hating DC, trolling them and being disgusted with them for decades? No. Since he’s appeared in so many DC documentaries over the years and has even worked for them, the answer about how seriously the companies take the rivalry should be obvious. He’s made some light-hearted comments about DC at times, but they’ve always been clearly in jest.

There’s nothing new going on here. Stan Lee makes some jokes and lightheartedly takes a mild swipe at DC, but there’s no malice there and certainly no trolling – at least not from him. The only trolling going on was from sites who really should have known better.