There are few movies that are arguably so bad that they’re actually good. Troll 2 is the cream of the crop when it comes to good bad movies. Just two minutes in and you can already tell that you’re in for 93 minutes of pure brilliance. It has absolutely no redeeming qualities, except maybe hilarious campy dialogue, atrocious acting, bizarre special effects and a script birthed in Hades. The film is rated as one of the worst movies ever made on IMDB.com and is commonly celebrated as the worst movie ever made. Do you see this writing…? Do you know what it means…? Hospitality. And you can’t piss on hospitality! I WON’T ALLOW IT! – Michael Waits [Elliott sneaks into Holly’s bedroom]
Holly: Elliott! What kind of idiotic joke is this? You scared the sh** out of me!
Elliott: I’m the victim of a nocturnal rapture. I have to release my lowest instincts with a woman.
Holly: [Punches Elliott in the groin] Release your instincts in the bathroom.
Elliott: Are you nuts? You tryin’ to turn me into a homo?
Holly: Wouldn’t be too hard. If my father discovers you here, he’d cut off your little nuts and eat them.

If none of the above manages to steer you away, the plot sure will. The Waits family are tired of life in their local town, so they decide to house swap with a family from Nilbog (Goblin spelt backwards). Their youngest son, the painfully insincere Joshua, is warned of the danger that awaits the family by his deceased Grandfather Seth, who often reappears to tell the boy haunting bedtime stories. Of course, the family completely ignores his cries and continues to visit the town despite overwhelming evidence that the boy is telling the truth. They arrive and discover the town’s folks constantly offering them green slimy food. What they don’t know is that the green goo turns humans into plants, which the goblins love to eat (seeing as they are vegetarians). It’s up to Joshua, Grandpa Seth and a double-decker polony sandwich to save the day. Quit worrying about her and drink your broth. – Creedence Leonore Gielgud

A good opening sequence can really set the tone of a movie. Troll 2 uses a bizarre story about a boy named Peter, dressed in elf attire (including a pointy hat), being chased through the woods by a group of goblins armed with spears. In the middle of the chase, he is distracted by a beautiful young freckled girl who offers him slimy green goo to eat. Which he does, of course! He soon realises that he is a victim of a trap by the Goblins. Darker green paint pours from his head and pop synth Casio music explodes. Although it can be painful to watch, you can’t help laughing through Troll 2. The scene where Joshua saves his parents from eating goo by pissing all over the table is a special highlight. If there is one thing the film feels especially strong about it’s that you can’t piss on hospitality. And they’re right, you know. But there are probably better ways to learn that lesson than to sit through a really bad movie. 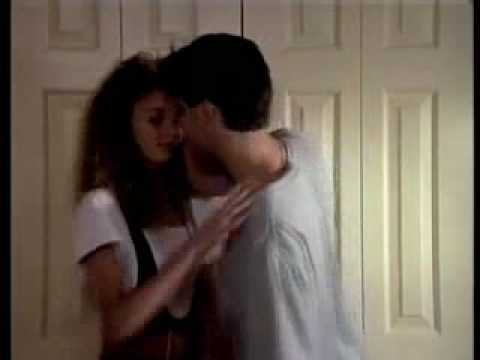