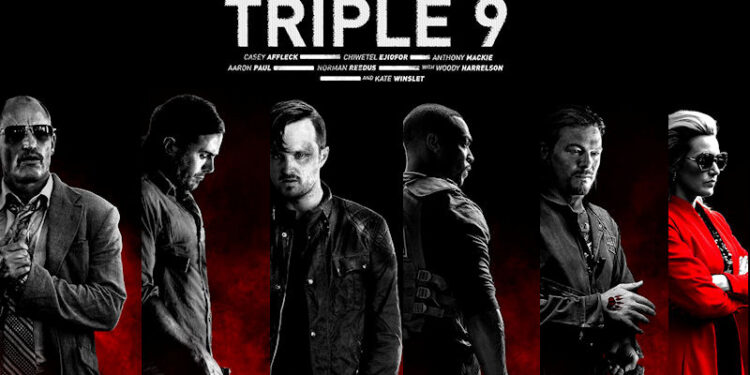 Triple 9 is not a nice movie. By saying this, I mean that the world it shows us an extremely dark, gritty one where everyone is corrupt and evil and displaying even the slightest hint of goodness becomes an act of weakness that quickly leads to your death. When you’re on the rollercoaster the movie puts you on, you don’t notice this so much. However, upon later reflection, its intense darkness does end up seeming somewhat childish at times, as though it’s a teenager’s idea of what being a “cool gangster” is like. We meet Michael (Ejiofor) as he and his crew of criminals, getaway drivers and dirty cops rob a large bank. They are searching for a safety deposit box that is desired by the Russian Mob. Upon returning for their payment however, they are forced into obtaining more information from the police station. They decide to empty the station by creating a Triple 9 situation: the murder of a police officer, which inevitably draws the attention of all cops away from the station. The target is the green new partner of one of the corrupt cops, Chris, played by Affleck.

This premise sets up in the inherent problem of the movie: we are expected to care about the protagonist and root for his efforts when his entire plan is so fundamentally cruel and wicked. Chris is a largely innocent figure torn between the manipulations of those who he meant to trust, and he is far more sympathetic than Michael. The story doesn’t seem convinced as to whether it wants a villain protagonist or a heroic underdog and it muddies the water by not deciding. Triple 9 is also very dark, physically, with its various scenes mostly being shot in various kinds of gritty night time settings. Such scenes work best with contrast, but there is not enough contrast here to lift the mood. The best scene remains the opening bank robbery, so when it goes downhill from there, it’s disappointing.

Triple 9 has a large, dynamic cast of fairly big names that mostly go underused. Without this cast, I am sure this film wouldn’t have made it to the point of cinema release it did, but as it is, the talents on offer are mostly still wasted. There’s the hint of potential visible in some concepts but they go wasted under the self-imposed grime. 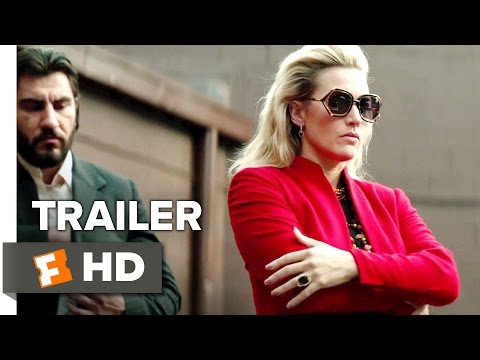