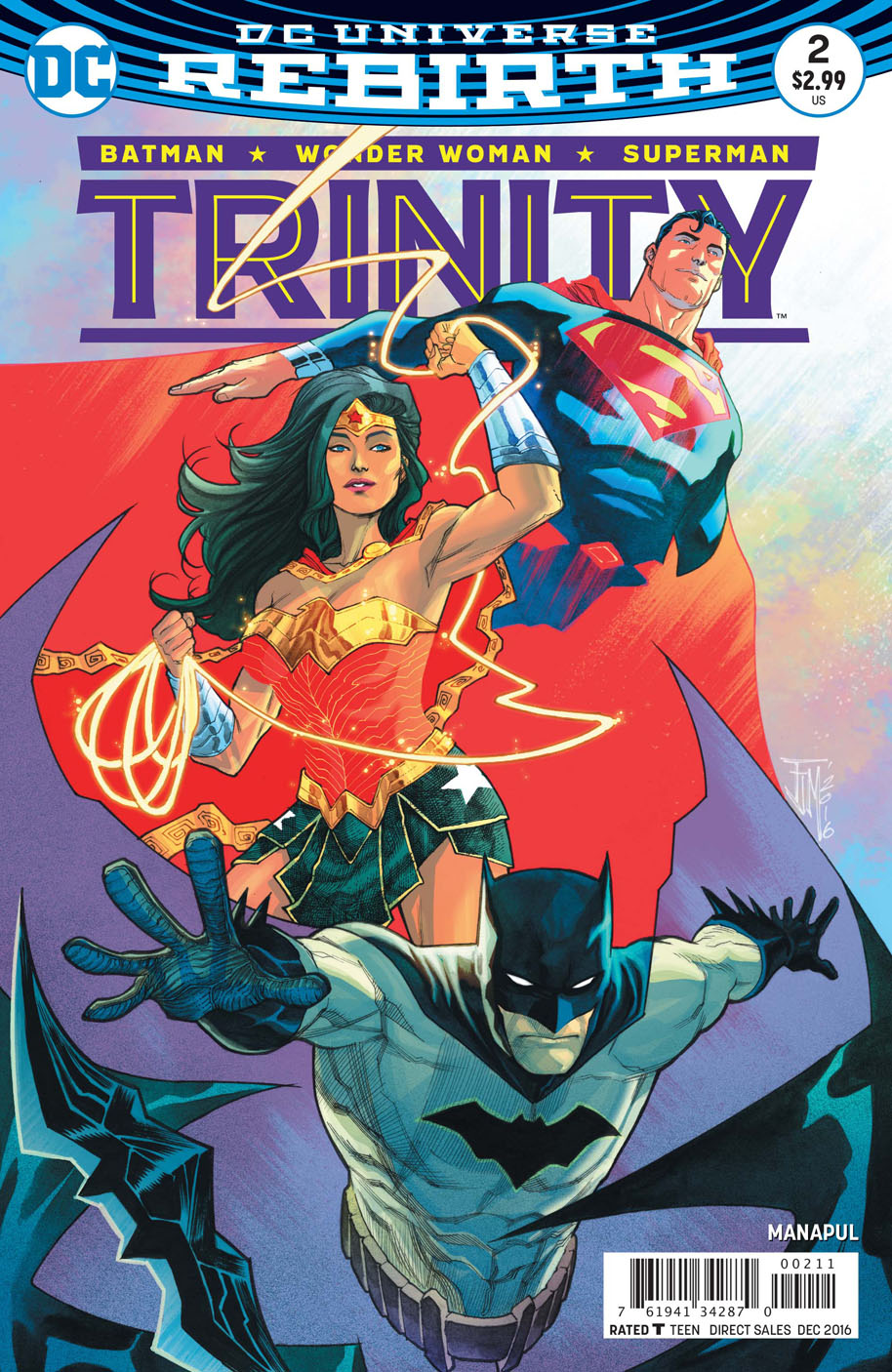 I remember a piece of advice given to everyone in class by my English teacher, about writing a good, solid story: Never, EVER end a story by saying “…and then I woke up and it was all just a dream.” We review Trinity #2.

See, that’s the worst ending to a story that anybody can come up with. It’s a cop-out. That isn’t to say that you can’t have dream sequences and hallucinations in a story, because they can still be good if they’re handled well. Alan Moore used it to great effect in his story For The Man Who Has Everything. So did Terry Gilliam with his film Brazil. Aliens had a good scary one, Blade Runner had a symbolic one… they can be good.

Unfortunately they can also be a waste of time. Like the TV soap opera Dallas, which wrote off an entire season of unpopular storylines by telling the audience “…and then Pam woke up and it was all just a dream.”

So guess what this issue is? Yup, you called it. And frankly, I don’t give a damn if this is a spoiler because it isn’t a secret worth keeping. 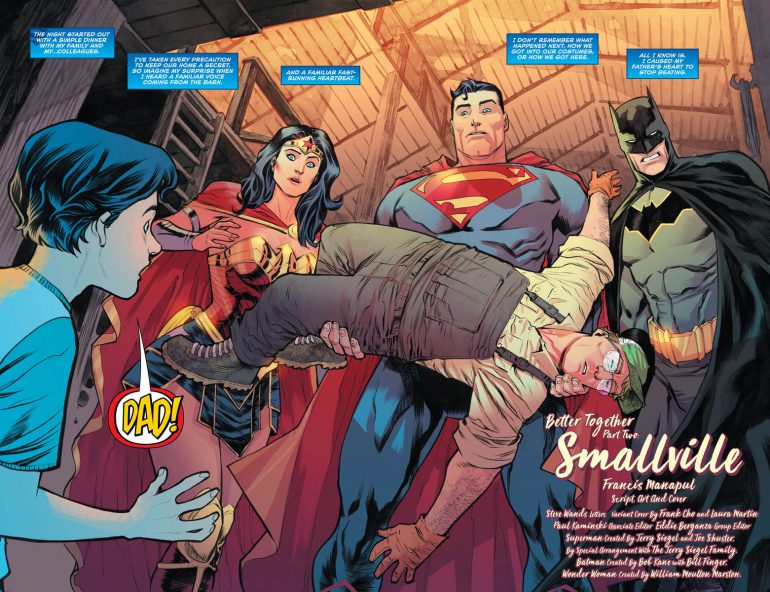 Yes, Trinity #2 is part of a bigger story, so technically it could be considered as a dream sequence instead of a dream story. But that doesn’t really make it any better that this entire issue, with the exception of one or two pages, is mostly pointless. There’s some attempt to humanize Superman (for lack of a better way of putting it) by having him chat with his dead dad about the responsibilities of being a parent, but it’s so clumsily written that it doesn’t carry much weight.

Unlike the aforementioned For The Man Who Has Everything (which this appears to be linked to – although it’s less of a homage and more the comic book equivalent of wrestling’s cheap pops), where we knew it was a dream sequence but didn’t care because it was so touching, here it simply goes through the motions. Most readers can probably work out it’s a dream from page three, when Superman admits that he doesn’t know how he, Batman and Wonder Woman were suddenly wearing their costumes. Yet they save the “big reveal” for the end, like it’s supposed to be a shock. 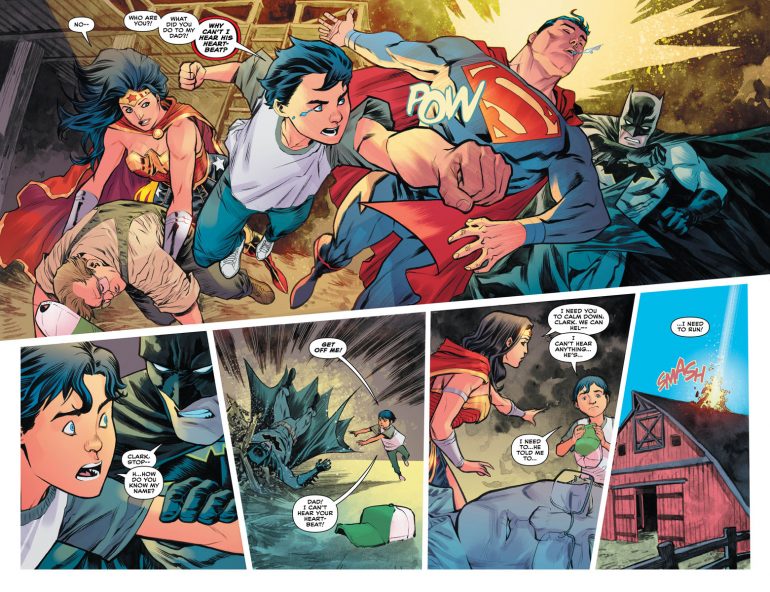 On the plus side, the art is better in this issue. Instead of ridiculously overblown (and underwhelming) splash pages, here there’s a simple, straightforward storytelling style which serves the story better. Poison Ivy looks better than she has in a while, and that’s a very good thing, and the story does tick along well. It’s just a shame that the writing is so weak. The story itself is a nice idea, but the execution of it seems clumsy and melodramatic instead of heartfelt.

I wish I could wake up and say that reading Trinity #2 was all just a dream, but sadly it can’t. It’s reality, and I’m stuck with it.