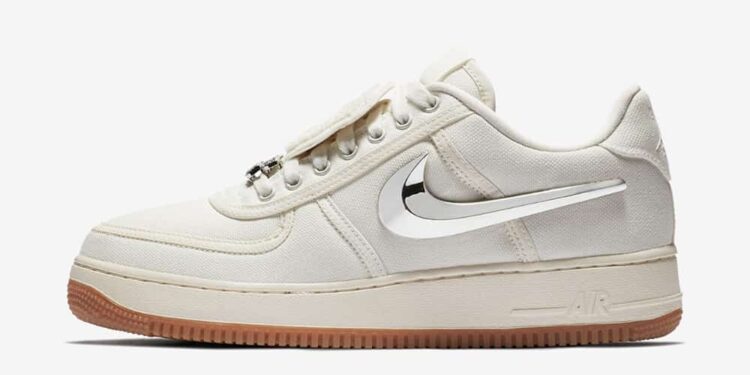 A few weeks ago, after months of teasing, Nike announced their collaboration with Travis Scott in the form of the Air Jordan 4 Cactus Jack collaboration. Even before the official drop, Nike and Scott have teamed up yet again for another collaboration, this time for a new Air Force 1, one of the most famous sneakers of all time.

The first thing you’ll notice about the sneakers is that it’s stripped down to near barebones, which is quite unexpected for both the Air Force 1 and Travis Scott himself. The AF1 will drop in a “Sail” colourway for the canvas upper, complete with an off-white midsole and classic gum sole. The silver Nike Swoosh is removable as well, which will allow you to switch things up. The sneakers feature Cactus Jack-theme patch laces, as well as an upside-down Nike Air heel tag.

While Nike has made the official announcement, there’s no official release date for the drop as yet. The first white canvas AF1 rendition dropped last December, with the latest expected to drop in either June or July, and carry the same $150 price tag.

For more images from the drop, check it out on Instagram.