Harassing someone for their personal choices (online or otherwise) is never cool. 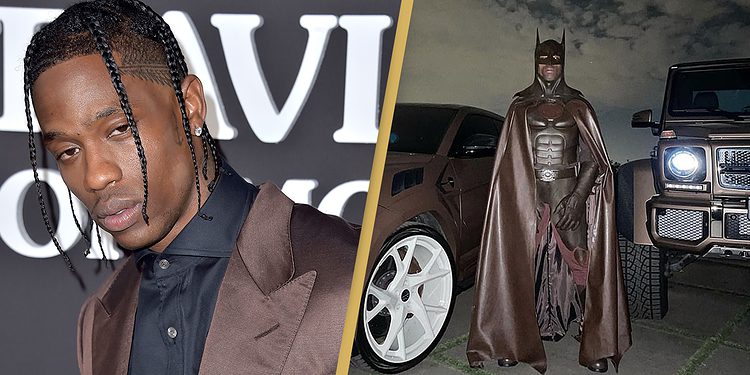 After dressing up as Batman, Travis Scott’s Instagram account suddenly vanished over the weekend, leaving fans to speculate about the reasons behind the move. Many were quick to assume the account’s deletion was a result of being mocked for his Halloween costume.

The rapper, who is rumoured to be dating Kylie Jenner of Keeping Up With The Kardashians fame, dressed up as Batman to celebrate the spooky holiday. But his outfit took on a different spin from the well-known jet-black costume. Instead, Scott chose to wear a brown version – complete with a vinyl cape in the same colour.

In a photo posted to his now-deleted Instagram account, Travis Scott posed next to a car in the same shade of brown. The image was accompanied by a short video of him getting into his “Batmobile” just like the iconic Caped Crusader.

That’s when things got ugly. His followers quickly took to the comments section to voice their disapproval. While most folks were impressed with the suit’s accuracy, they were unhappy with the colour change. Some even suggested that the particular shade of brown looked little cockroach-ish.

After a flood of similarly insulting comments, the account disappeared. But nothing ever dies online and saved copies of the photo were shared to other social media sites. Although some people ridiculed Scott for deactivating his account, others defended the Sicko Mode rapper, saying that the costume was a great interpretation of a classic.

However, on a more positive note, his real fans speculated that Scott may have taken down his account because he’s about to release new music. He last released Franchise (Remix) featuring Young Thug and MIA, in late September. Interestingly, Scott’s Twitter account is still active for now, but he hasn’t tweeted since removing his Instagram profile.

Although we’ll never know the real reason, it’s not uncommon for artists to wipe or temporarily deactivate their social media accounts in the lead-up to a new project.

But always remember, harassing someone for their personal choices (online or otherwise) is never cool.

What do you think of Travis Scott‘s Batman costume?