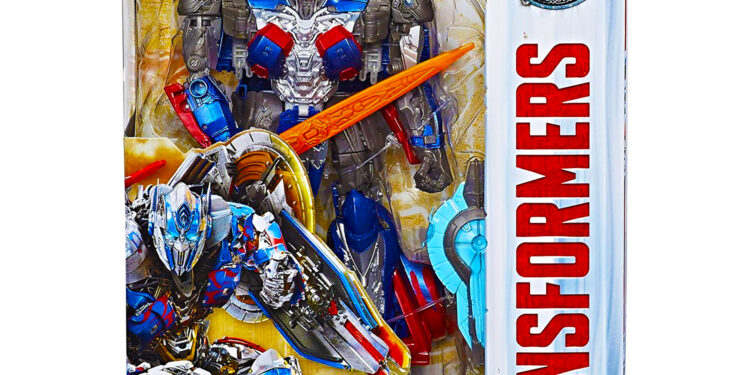 Hasbro has been making Transformers toys longer than many of us have been alive. As early as the 1980s, Transformers has been a favourite among kids for decades, some of whom are now in the adult years. And while the original series was built around the franchise of selling toys, the cartoon counterparts were designed to resemble the real-world capabilities of transforming your toy robot. Cool? Yes. But no doubt very minimalistic in its approach. Fast forward into the second date of the new millennium and Hasbro’s Transformers toy collection is still going strong thanks to the Michael Bay directed franchise. With the latest release of the Transformers saga on the big screen hitting cinemas last month, Hasbro, once again, announced a new range of toys for all to enjoy. The movie itself was slammed by many a critic, although the box office numbers of over $500m worldwide have more than doubled the filming budget of $217m, making it quite a huge success. But we’re not here to discuss the movie, but rather the accompanying toy, more specifically, the Hasbro Transformers: The Last Knight Optimus Prime Premiere Edition (OPPE).

With the release of the franchise having reinvigorated the Hasbro toy collection since the first film in 2007, the company has created quite a number of impressive Transformers toys.

The first thing I had to do was an attempt to ‘transform’ the unit into the truck we all know and love. Given the 30-step promise added to the labelling on the box, my first attempt would consist of no time spent with the included manual, or image for that matter, relying solely on wits. For the most part, I’m glad to say it was a very successful attempt. There were one or two positions not fully in place, which meant I wasn’t able to click all the moving parts into position to lock them in place. Alas, I would have to consult the manual to fine-tune my attempt.

The issue I had in skipping the use of a manual during my first attempt was that to fully follow the process as described, I would have to reset the unit into its original position, again without the manual, as the ‘transforming’ of the truck back into a figure isn’t indicated in the leaflet. No worries, however, as I was easily able to skip some of the steps laid out in the manual and continue from a position that resembled what I had done IRL. After another minute or two, I was finally able to display the figuring as a usable truck, with all appendages locked into position. Knowing that I wasn’t going to be displaying Transformers: The Last Knight Optimus Prime Premiere Edition as a truck alongside my other figurines, I decided to revert back to the standing position, equipped with his sword and shield. From here, I’m better able to provide an opinion of the detail and quality of the toy, as the truck is pretty standard in its layout and detail with most of the finer elements tucked away behind the hood and doors. On first glance, you’ll immediately notice some of the leeway that had to be given in order to allow OPPE to ‘transform’ from a robot to truck, some of which are left protruding from the rear, almost as leftover scrap metal picked up during one of his battles. While it may look a bit clunky, it is worth pointing out that the overall design compared to the last iteration, the Optimus Prime Age of Extinction toy, Hasbro has made the toy a lot more streamlined, while also adding more detail. Another nice aspect of the updated design is that some of the additional parts are removable, apart from the large hood that now rests on the figure’s back, arguably the biggest eye-sore of them all. Still, this part is strategically positioned out of the way on the rear, so when displaying your figure, it’s not very noticeable at all.

In terms of the more precise detail and colouring, Optimus Prime doesn’t hit all the notes. While the colours do match the film version, they tend to look a lot less dramatic and washed out. Notably, some of the more expressive detailing, such as the flames also appear very flat and one-dimensional, with a lot of it actually missing. The detailing, however, is a lot more impressive, with a lot more elements adding in over the previous editions. Elements such as the wiring and vents all appear on the torso, with detailing also extending to the legs. While the colouring may be off when compared to the CGI version of Optimus Prime from The Last Knight film, the detailing more than makes up for it and very neatly resembles onscreen version. And that takes quite a lot of doing. Another great aspect of Optimus Prime Premiere Edition is the amount of movement you get from it when in standing mode. The unit has 20 points of articulation, which means that it’s quite fluent in the way you can position it when on display. In fact, you can even position the arm as if OPPE was taking out his sword from his back, something I feel is worth noting. Given the amount of transformation that can be done on the unit from humanoid robot to truck, and back, the addition of being able to freely move the unit to whichever position you choose to display it in makes for some impressive design.

Overall, the Hasbro Transformers: The Last Knight Optimus Prime Premiere Edition (Voyager Class) toy is quite impressive, both in how it transforms between the two layouts but also in the detailing of the unit. When compared to the slightly larger Leader Class, the Voyager Class cannot compete with the level of detail, especially in the truck mode. But, and this is a huge one, the Voyager Class figure manages to be a lot more streamlined with a much smaller ‘backpack’ than the larger sibling (which is quite surprising). While both units will still make for great displays in any collection, the Optimus Prime Premiere Edition (Voyager Class) is a very good buy indeed.