With fans getting excited at the prospect of actually seeing a good live-action Transformers movie, thanks to the upcoming stand-alone Bumblebee film, Hasbro has released a new range of toys based on the upcoming film starring everyone’s favourite yellow robot. I was fortunate enough to receive one of the figures from the Hasbro Transformers Energon Igniters range. As a kid, I remember always gravitating towards the Decepticons, with some of my favourite’s being Star Scream and Barricade. So, imagine my excitement when the Transformer figure I got for review was actually my old favourite, Barricade, albeit a more modernised version of the character.

For the uninitiated, Transformers are robots that have the ability to change into various forms. In this case, Barricade can change into a police vehicle. Seeing as he is a bad guy, this is a great way to disguise himself.

In the past, there have been some Transformers figures that were notoriously tricky to transform into their vehicle mode. Let’s be honest, no kid wants to follow 40 different steps before being able to play with their Transformer in vehicle mode. Luckily, the Energon Igniters Barricade figure finds the perfect balance between being easy enough for a kid to transform it without it feeling dumbed down.

As expected, the figure looks great in both vehicle and robot mode.

The figure itself, as mentioned, takes its inspiration from the recent films, which might disappoint fans of the original ’80s cartoon. Having said that, it has loads of little details and embellishments. Also, while it is mostly grey, white and navy in colour, the figure is well-painted with no visible overlapping. 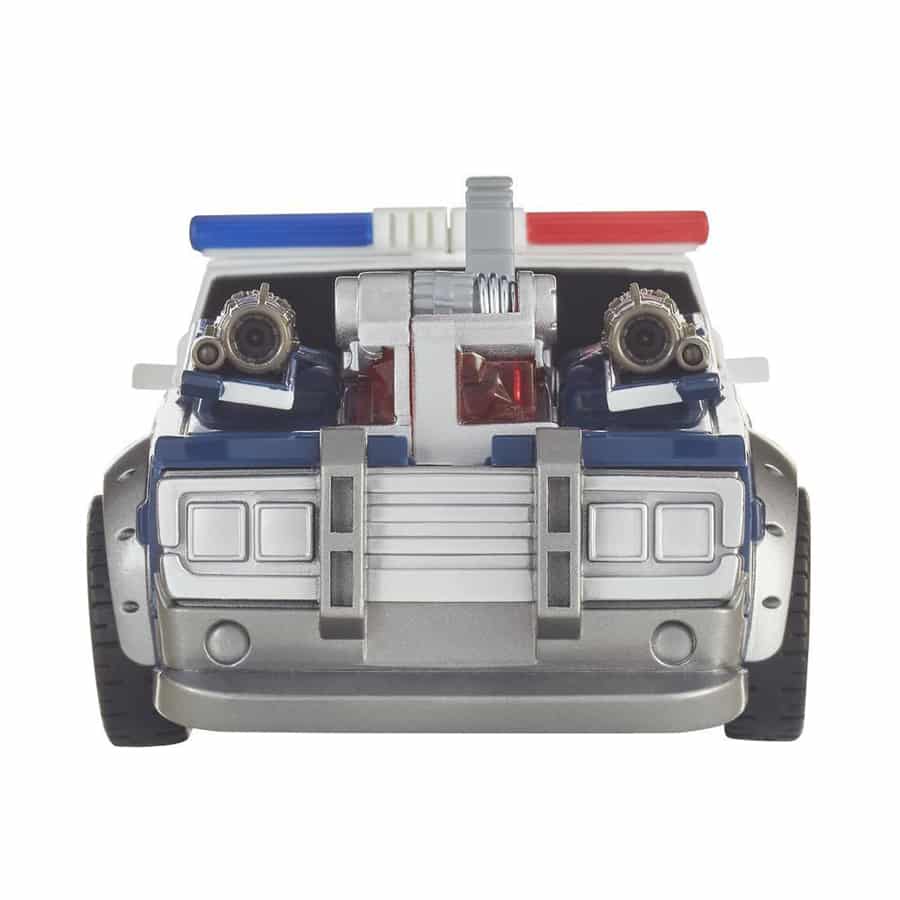 As expected, the figure looks great in both vehicle and robot mode. I also appreciate the fact that everything is tucked away neatly when the figure is in vehicle mode, making it really look like just another unassuming toy car. As far as articulation goes, it’s quite standard on this figure, with articulation points on the elbows, shoulders, knees and feet.

What makes the Transformers Energon Igniters range different from the other ranges of Transformers toys is the little Energon Power core accessory, which, in the case of Barricade, can be slotted into his bonnet when in vehicle mode. When pushing down on the core, a little wheel inside it stars spinning. This drives the vehicle forward. I found that Barricade travelled across most hard surfaces at a respectable speed, although only for short distances. After having spent some time with the toy, I can confidently say that the Energon Igniters range of Transformers toys are a great way of getting younger kids into the franchise. After having played with the figure, I unleashed my two daughters upon it and within seconds they were able to easily transform it between robot and vehicle mode. After that, I couldn’t pry it away from them. Sufficed to say, Barricade is now no longer dad’s new toy.

If you are looking for a figure for that special little Transformers fan in your life, then you can’t go wrong with the Transformers Energon Igniters range from Hasbro.

If you are looking for a figure for that special little Transformers fan in your life then you can't go wrong with the Transformers Energon Igniters range from Hasbro.