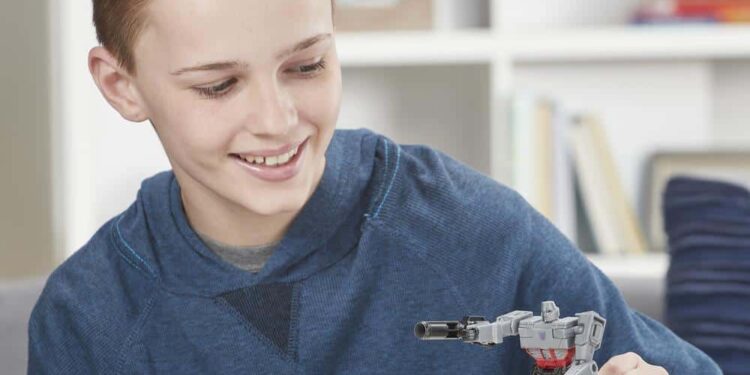 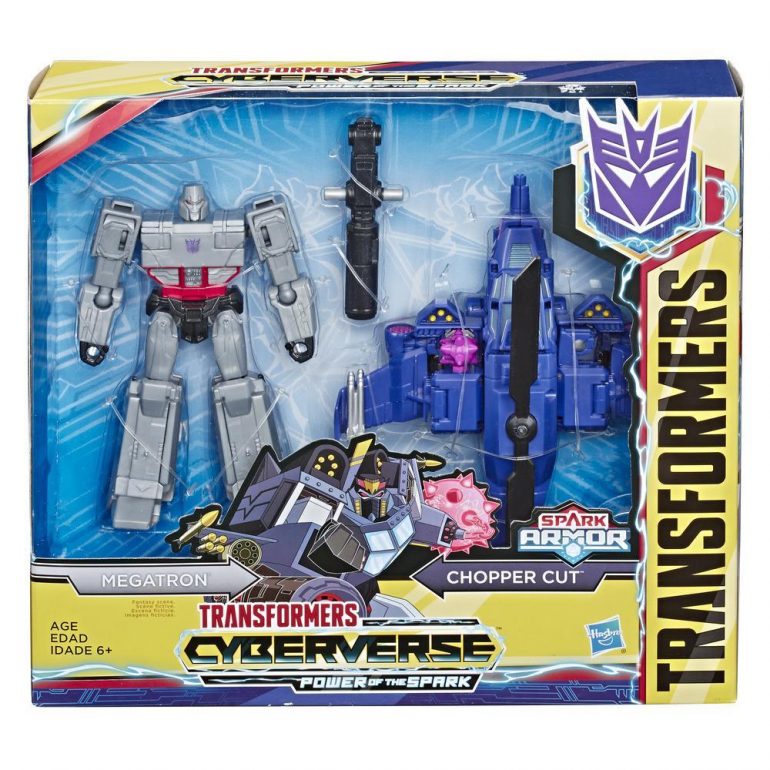 Proving that bad guys have all the fun, the Megatron figurine was supplied for review. Immediately, the high detail on the character is noticeable. The Decepticon leader looks exactly like he does in the Transformers: Cyberverse series, while still remaining distinct enough for older fans who haven’t watched the new show. From the dark red eyes to the bright red trim around the midsection, no shortcuts were taken in producing an accurate replica of the dastardly villain.

When you’re playing with Transformers, the number one thing you expect is for them to transform into vehicles. And that’s present here as Megatron turns into a tank in nine easy steps. There are wheels at the back of his legs to enable you to roll him when in his tank form, while his cannon bridges his arms together to become the centrepiece of his battle state. 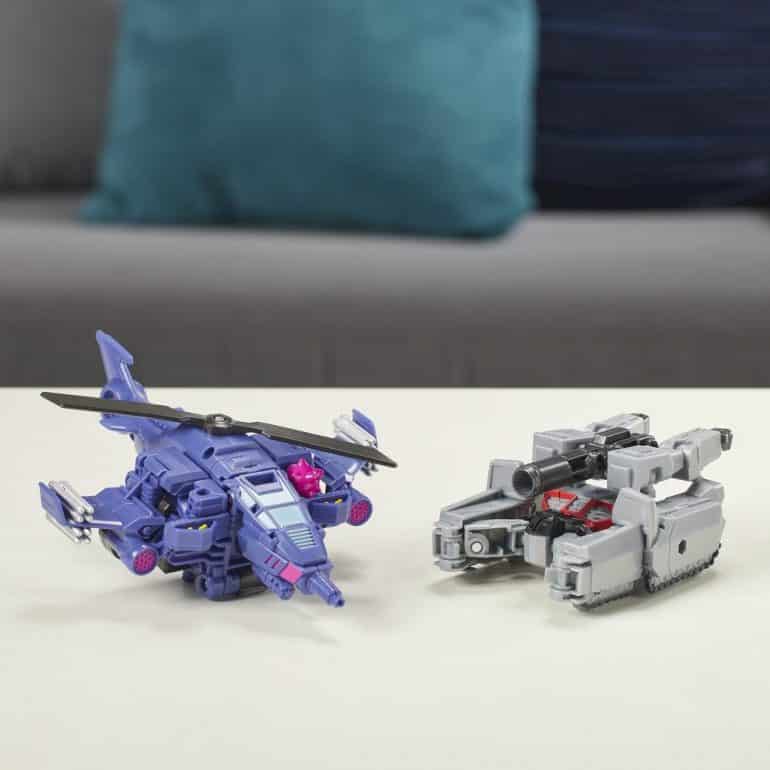 Moving on to Megatron’s Spark Armor, aka Chopper Cut, this is where things get a bit hairy. The chopper can easily attach to Megatron’s back or serve as an eye-catching display piece, but it’s meant to clip onto the character and give him the “Power of the Spark”. While it’s easy to attach and pull apart initially, take one wrong turn and you’ll be struggling to get it back to its original form for a while.

Naturally, the solution here is to follow the instructions from the get-go and you’ll be fine—it’s only seven steps. If you’re an idiot like me and ignore the instructions, you might need a real adult to help put the chopper back together. The moral of the story is, don’t be like me and keep the instruction manual safe.

Of course, there’s the question of the toy’s durability. While figuring out some of the movements and transformations, I put strain on the figurine and thought it might snap at some point but it held firm. However, the chopper does contain a few flimsy parts, so I’d recommend handling it with care or there could be some heartache.

Ultimately, Megatron stands tall with his Spark Armor on, making him a beautiful sight to behold. He looks heroic and like the kind of robot you’d want to back in a fight—even if he’s a little evil. Mind you, those silly Autobots need to stay in their lane and out of Meg’s way. All he’s trying to do is conquer planets, so is he really any worse than any politician? 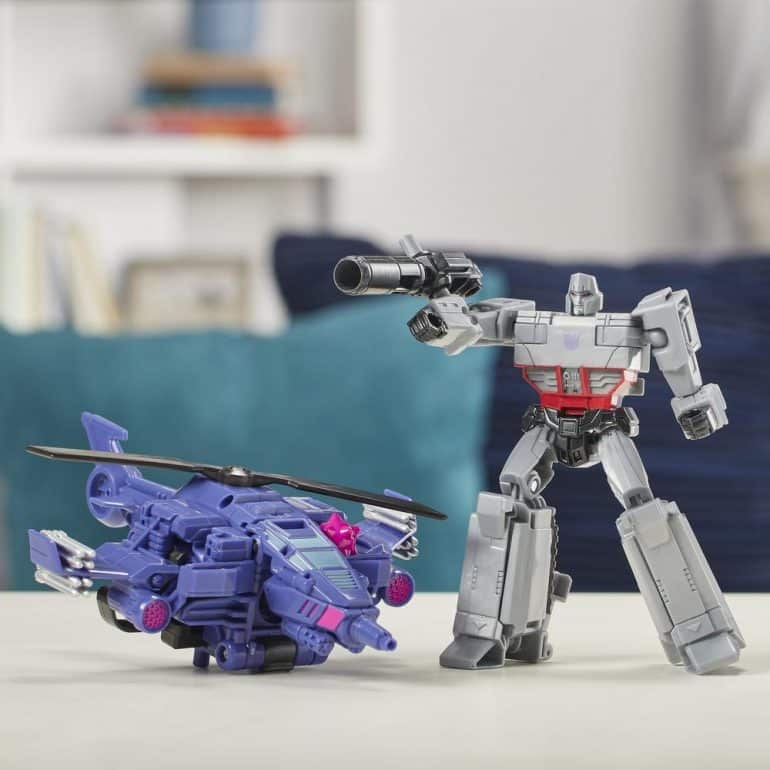 Jokes aside, the Transformers: Cyberverse – Spark Armor toyline is set to be hot property over the festive season. The figurines are durable, gorgeous and contain all the magic that made Transformers one of the biggest names in pop culture. Whether you’re young or old, these figurines wouldn’t look out of place in your home.

Transformers: Cyberverse – Spark Armor Megatron is a highly detailed figure that encapsulates everything that makes a Transformers figure so magical.